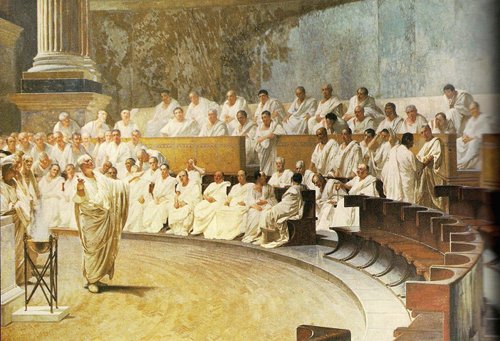 Study your history, and you won’t repeat mistakes. Whether you know it or not, we use Latin phrases on a daily basis. Even if you do not use them, the origin and meaning of Latin phrases can help you learn a lot. Not just about people in general, or about history, but present you with a different view on things.

Latin is a dead language, nobody uses it in modern times. But there was a time when Latin was used to educate the masses. But let’s take a look at some of the enlightening phrases that can inspire you and give you some food for thought.

Cicero is one of the most renowned writers and philosophers of Ancient Rome. He was one of the best orators, and his speeches were legendary. This phrase means “Always the same thing”. He used the phrase in several of his writings. For example, in his letters to Brutus, Cicero wrote “My desire, Brutus, concerning the republic has always been the same”.

The phrase later became a symbol in English monarchy. Queen Elizabeth changed tweaked it to “Semper Eadem”, but it meant the same. The motto became her personal favorite. The motto was popular with English puritans during the 17th century.

You will be amazed to see how even in Ancient Rome, this phrase and meaning had a lot of value. The phrase means “The clothes make the man”. And the phrase is applicable today more than ever. Some people credit Mark Twain for this quote, as he became sort of a fashion icon. Twain started wearing white suits late in his career, as he believed the better clothes a man is wearing, the higher status he has in the society.

Erasmus, a catholic priest and theologian also used the phrase. He gathered Greek and Latin proverbs, and “vestis virum reddit” was one of the many he published in a book.

The translation of this phrase is “If you want peace, prepare for war”. The idea appears in some earlier works by Plato as well. During the Napoleon Bonaparte era, some historians tweaked the phrase. Bourrienne, one of the historians of that era says that if Bonaparte was a Latin scholar, he would have reversed the phrase to mean “if you want war, catch your opponents off guard by cultivating peace”. We all know that Napoleon signed peace with Russia, only to attack them later.

Nowadays, some people even use the word “parabellum”, which is a short saying of the phrase.

Translated to “Ignorance is the cause of fear”, this phrase is probably one of the best you’ll find in Latin language. You cannot deny the truth of the statement. If you want a deeper meaning, “what our mind does not know, or the eyes do not see, the ears do not hear and the hands cannot feel, that is what will lead us to despair”.

When you do not know the truth of the matter, you always try to speculate and send your brain into overdrive. Nowadays, we are overly dependent on others for source of information. As we become more and more dependent, we are becoming “sitting duck” for the wiles of our enemies. When our enemies see that we do not know something, they can easily plant seeds for doubt and despair.

When you hear politicians nowadays saying “Every one of you can make a difference”, think of this phrase. The literal translation is “even one hair has a shadow”. That means that even the smallest thing can have large consequences, be it bad or good. And that one individual has its own shadow, and can make changes.

Syrus continues the letter by saying there is a reason for everything. A similar meaning is “as you sow shall you reap”.

The phrase was also used in a comical matter during the English industrial revolution. Back then, workers worked in three shifts during the day. Production would go on for 24 hours per day. The shifts were the following: 6am to 2pm, 2pm to 10pm, and 10pm to 6 pm. Workers shaved in the morning, as the facial hair grew during the night. However, not all workers had time to wash and shave. Those that had to rise at 5am to be at work at 6am often forgot to shave. So, some people joked that the said worker “had to have a 5 o’clock shadow.

One of the most popular Latin phrases tattoos. This phrase translates to “Every man is the artisan of his own fortune”. Which means that we create our own destiny. Claudius Caecus was a wealthy Roman politician. He was a “dictator”, but the word did not have the same negative meaning as it has today. During his term, he built the Appian Way, which is an important road between Rome and Capua. He also built the first aqueduct in Rome.

The phrase also made its way into popular culture. It appears during a Hollywood TV Series, “White Collar”.

The perfect way to explain how quickly we forget things. We see it happen every day. The translation of the phrase is “The same (hated) man will be loved after he is death”. And it definitely happens in our society. How many times have we seen people mourn the dead of a hated man. And it happens to regular people too. Not just to famous celebrities. 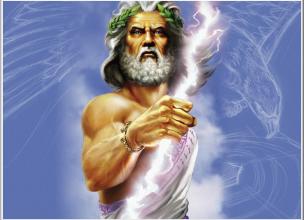 History
15 Facts about Zeus from Greek Mythology
In Greek mythology, Zeus is sometimes portrayed as the rain god. Homer believed that the Gods live at Olympus, the highe...
Buzludzha Monument – Abandoned UFO Cold War Monument
The cost of the building process was 14,186,000 leva, which equals to $35 million in today’s rates. The monument was ...
America’s First Ladies: Fun Facts you didn’t know
The First Lady needs to be respectable, presentable, smart, intelligent, and so on. So far, America has had some great F...
Top 5 Most Intelligent Dogs
“Do dogs really think”, “can dogs communicate with us”, “how can we understand our dogs”?