Top 5 Most Prolific Gold Mines in the World 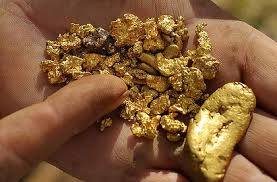 The largest gold mine in the world in terms of contained gold is Grasberg in Papua province of Indonesia. However, Basin in South Africa is the richest field ever discovered. According to some estimates, 40% of the gold ever mined has come out of Basin. In 1970, when Basin was in full power and there were not many other mines in the world, South Africa’s output accounted for close to 80% of the world’s gold production.

In Basin, mining is accomplished by creating deep underground tunnels necessary to reach the reserves. Massive ventilation and air conditioning system helps workers overcome the extreme conditions. At the deepest levels, the temperature can reach 131 F. Miners spend two hours traveling from the surface to the deepest section of the mine.

Basin was discovered in 1886 by Australian miner George Walker. This set off one of the largest gold rushes in history. The surrounding area became the city of Johannesburg, and ten years later, Johannesburg became the largest city in South Africa.

This mine is completely unique in a sense gold was discovered differently. In most gold mines, gold was discovered by presence of gold veins or deposits visible to the naked eye. In Carlin Trend, however, miners discovered hot springs containing dissolved gold deposits that metal into the sediment in fine particles that are difficult to see even with a microscope.

In wasn’t until 1961, when John Livermore, set out a search of this invisible gold after reading a paper a year ago. Mining began in 1965, and since then, the area has become one of the richest fields in history. Just for info, gold production in Nevada, which is dominated by this mine, accounts for 80% of gold mined in the United States.

This is one of the most inaccessible spots for mining in the world. The gold mine is located in the mountains of Irian Jaya, at an elevation of 14,010ft. The Grasberg mine is the deepest mine in the world, and also the third most prolific one. Two miles away from the mines is its predecessor, the Ertsberg mine.

Work on the original mine began in 1967, when workers constructed a dock and a 25 mile road through the jungle. Miners mined ore off of the mountain by dropping it 2,000 feet to the giant crushers below. There, processed ore is mixed with water to create a gold and copper slurry which travels 70 miles of pipe out to the shore. Once on the shore, the slurry is concentrated and transported to smelters around the world.

The original mine was depleted in the mid 1980s, and in 1988, the Grasberg mine was discovered. Gold production is 2.5 million ounces, and now, gold is mined by underground methods.

This is the largest open pit mine in Australia, and one of the largest in the world. The mine covers an area of three square miles, and can be even seen from space.

The Super Pit covers an area known as the Golden Mile, name dating back to the original gold rush of the 19th century. Mining in the area hasn’t stopped for more than 100 years, and the mine will stay in production for several more years. The city of Kalgoolrie is located next to the mine. It has a population of less than 30,000 people, 25% of which work in mining.

The mine is located high in the Andes Mountains, with some parts reaching elevation of more than 13,000 feet high. Covering more than 60 square miles, Yanacocha is the largest gold mine not just in Peru, but in whole Latin America as well. And it is considered to be one of the three largest gold mines in the world. It is widely recognized as one of the most profitable gold mines. Owned by Newmont Mining, the mine has returned more than $7 billion to the company. Newmont Mining invested $2 billion to date. That is a three time return investment.

Yanacocha was first opened in 1993, and has since produced more than 26 million ounces of gold.

18:19
Economics
How Nike Became The Most Powerful Brand In Sports

Nike is one of the most recognized brands in the world. It continues to surpass rivals like Adidas and Under Armor, despite controversy and slowing sales growth in U.S.How did Nike... 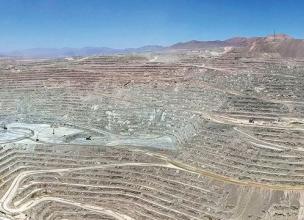