From Casanova to Dostoyevsky, here are five famous people you probably didn't know they have gambling problem

There are many different legends how roulette was born. Some say that roulette was a game invented by the devil itself. Of course, that is not true. There is also a story about a priest who committed suicide when he saw the full amount of numbers. Some legends say that Roman and Ancient Greek soldiers were responsible for inventing roulette.

But back to some more plausible theories is that Blaise Pascal, the famous mathematician came up with the design of roulette.

No matter which theory is true, one thing is certain: popularity of roulette goes up with every passing day. That being said, let’s take a look at five famous persons from history who you didn’t know were gamblers.

An Italian renaissance mathematician, physicist, inventor, and of course, gambler, Cardano is mostly known for his accomplishments in algebra. He made several contributions to hydrodynamics, and was one of the first scientists to claim that perpetual motion is impossible.

In terms of gambling, Cardano was a notorious gambler. He was always short of money, and kept himself solvent by being a good gambler, and a great chess player. He wrote a book about games of chance, called “Book on Games of Chance”. He wrote the book in 1564, but it was published more than 100 years later in 1663. The book contains the first systematic treatment of probability and some effective cheating methods. For example, Cardano used the game of throwing dice to understand the concept of probability. He even showed that there is a way of defining odds as the ratio of favorable to unfavorable outcomes.

King Charles II is one of the most famous monarchs in British history. He marched on England at the head of a Scottish army. He was then able to restore the British monarchy. But apart from his accomplishments in restoring Britain to its former glory, Charles II was a bit of a gambler. People in England knew him as the “merry king” because of his love towards women. During his reign, gambling was one of the most popular social activities in Britain.

The Italian adventurer and rogue was a keen gambler. Gambling was more than just a passion for Casanova. For the Italian wanderer, gambling was living. He was 20 years old when he wrote “I had to earn my living in one way or another, and I decided on the profession of gamester”. He spent money on cards, and was mostly losing than winning. However, his charm helped him borrow money from others. Faro was his favorite game.

The famous writer even wrote a poem on the topic of gambling. The poem, called “Gamblers” finishes with the words:

“it’s been a tough fight worth fighting
as we all drive along
betting on another day.”

But unlike other gamblers on this list, Bukowski loved to bet on horses. In one of his poems, he even wrote that he doesn’t want any speech on his funeral, unless they want to say he was “successful on betting on horses”.

The most famous of all gamblers in history if Fyodor Dostoyevsky. He even wrote a novel, who many believe is an autobiography called “The Gambler”. The novel is about a young tutor in the employment of a formerly wealthy Russian general. When he was writing Crime and Punishment, he owed large sums of money to creditors.

There is a legend that in Wiesbaden, a city in which he lived and written, the following was written on a table “Fyodor Dostoyevsky owes certain amount of money”. His debt was about 250.000 euro translated to today. But in 2013, Russian businessman Roman Abramovich wiped Dostoyevsky’s debt, claiming that the author does not owe anything to anyone.

John O'Shea is a 27 year old with a knack for betting against the odds. This documentary goes through the life of someone who is a full time gambler, from the highs of million doll...

This real-life story takes viewers inside the strange, compelling, sometimes hilarious and sometimes heartbreaking world of hardcore Bingo players.With their cards laid out in fron...

David A. Ulliott, better known as Devilfish, was an English professional gambler and poker player. He would go on to become a World Series of Poker bracelet-winner, and a mainstay ... 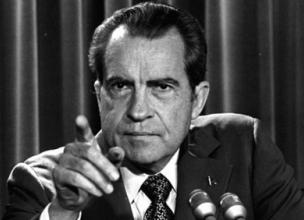