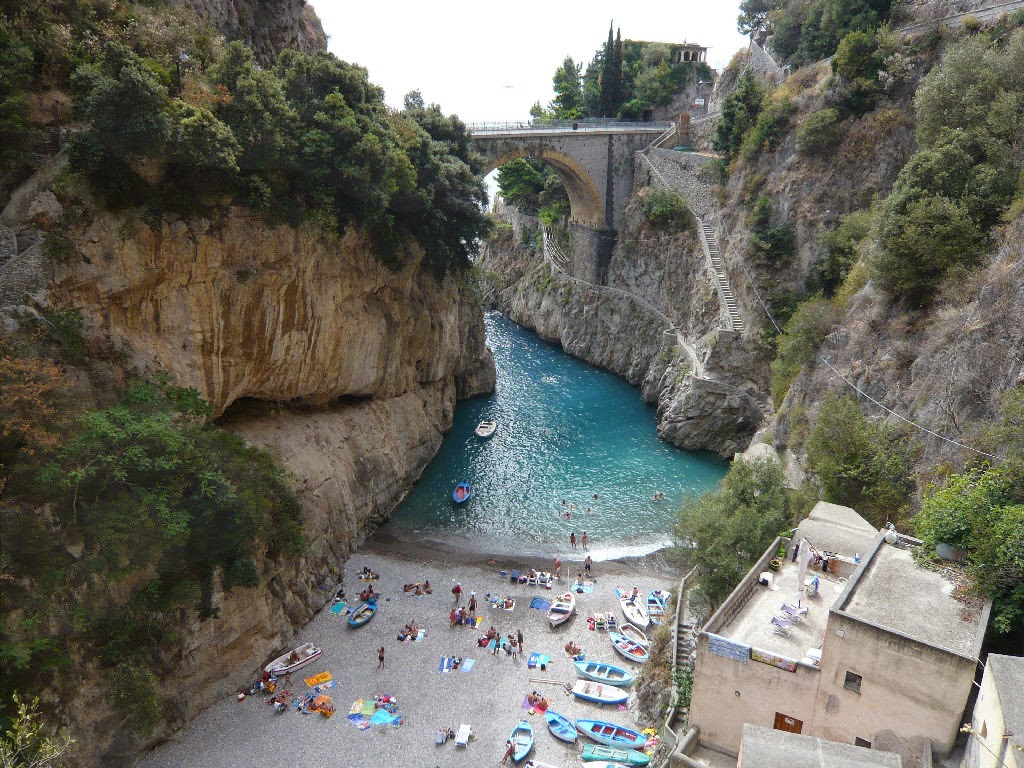 The village Furore is commonly known as “the hidden beauty of Neverland”. The village has a long history and tradition, but until few years ago, it wasn’t observed on any map

Italy… The Coast of Amalfi, the province of Salerno in the Campania region. The village Furore. If you haven’t heard about this village, do not worry, you are probably not alone. Until recently, the village did not exist on any map. The village Furore is commonly known as “the hidden beauty of Neverland”. The village has a long history and tradition, but until few years ago, it wasn’t observed on any map. The houses in the village are spread on the rocks of the coast of Amalfi, in three small groups. There is no central square, and the village is hidden from the open sea, stretching along the coast. The village is mystery in more ways than one. The fact that was not on any map until recently is just part of the mystery. Another part is that nobody knows how the village was formed.

The Fjord – The Diamond of the Village

Unfocused tourists, who do not know about Furore and are driving on the state road SS163, might not even notice the city. All that they will see is the Fjord for which the village is famous. They will admire the Fjord, but they will never see the village.

That fjord is the main attraction in the village, and is commonly known as Fiordo. The fjord is the oldest part of the village. The village, positioned 300 meters above the fjord houses around 810 citizens, all of them living in old fishermen’s houses.

Local authorities have made everything in their power to turn the fjord into a tourist spot. At the fjord, one of the old lime kilns has been transformed into a gift shop and a bar, while the houses have been renovated. The village is also a home for a museum that shows the botanical diversity and the industrial heritage of the fjord. The territory museum is a complex that also houses herbarium of local flora, greenhouse for organic products and an old mill.

Cultural value of the village

Aside from the mystery, Furore has a lot more to offer to visitors. The town is surrounded by wonderful landscape, and the path that leads to the mountain forests is enriched with churches that are diamonds in the rough. Some of the notable churches include the church of San Giacomo, San Michele and Sant’Elia. The oldest church in the area is the Church of San Giacomo. The church is house to some of the oldest and most beautiful frescoes. The Church of San Michele is a living testament of the baroque period, while the Church of Sant’Elia is a simple church with wooden triptych.

There is one main difference between Furore and all other villages and cities in Italy. Unlike other cities and villages, Furore doesn’t have a main square / piazza on which a Church is positioned. Instead, the churches in Furore are positioned on the way to the forest around the village. And the village itself is scattered on the flanks of a mountain.

The Legends of Furore

There are many legends that are linked with the mysterious village. According to one of the legends, the Devil wandered homeless in the area of the village, and one day, he used grass for his hygienic needs. The legend goes that instead of normal grass, the Devil actually used a stinging nettle, one of the most wild and stinging in the area. Baffled by the consequences, the Devil wandered the area, yelling and cursing, yelling his wrath , or his furore, on the place. According to another legend, the inhabitants of the village were caught in a blind rage, or in blind furore. In their blind rage, the inhabitants destroyed the three statues of the saints James, Angelo and Elias