The Unknown Man E - The most mysterious mummy in the world 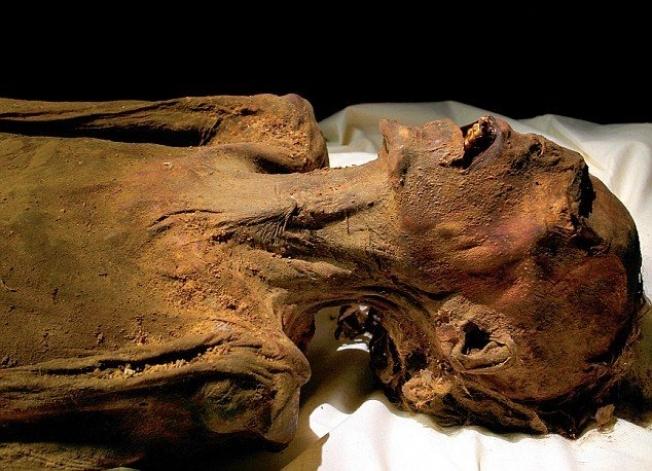 The mummy of the Mysterious Man E was wrapped in sheepskin (material not used for ritual burials in Ancient Egypt), there was no incision on the left abdomen, the mummy still had his organs such as brain and viscera, and the coffin was clearly a cheap improvisation. All of the signs pointed that the mummy was embalmed quickly

The mummy dubbed The Unknown Man E was discovered in 1886 by Gaston Maspero, who was then serving as the head of Egyptian Antiquities Service. He was presented with several mummies of kings and queens, but found one to be interesting. The mummy of the Mysterious Man E was wrapped in sheepskin (material not used for ritual burials in Ancient Egypt), there was no incision on the left abdomen, the mummy still had his organs such as brain and viscera, and the coffin was clearly a cheap improvisation. All of the signs pointed that the mummy was embalmed quickly. For more than 100 years, the mummy has been baffling scientists, archeologists and historians who are trying to discover the identity of the mummy.

Was the mummy buried alive?

One of the theories surrounding the famous mummy is that the body was buried alive. There are several facts that contribute to this theory and nearly prove it. In Ancient Egypt, people were buried alive if they committed a terrible crime. All the peculiar features of the burial, such as the contorted expression, the organs being still there, the tightly bound wrappings, no magical spells in the coffin and much more point to the fact that the Man E was buried alive. His facial expression indicates that the man died in great pain, probably due to the fact he was trapped in a coffin and had to endure the pain of dying underground. The lack of magical spells shows a divergence from funeral practices and rituals. In Egypt, the important people such as Kings and rulers were always buried with rituals and spells. However, the lack of spells shows a ritual degradation and punishment for the Mysterious Man E.

Another factor that shows that the man was buried alive is the presence of natron and quicklime mixture. There is more than enough liquid in the body of the mummy to saturate the chemicals that were used for coating.

The identity of the Mummy

When the Mummy was found, there were no evidence for the identity and speculations began. That is why the Mummy was dubbed “Mysterious Man E”. However, since then there have been several plausible theories.

The first theory is that the Mummy is a prince that was supposed to marry the widow of Tutankhamum. However, the prince was murdered on the border of Egypt and was never found. The prince was the first candidate for the identity of the Man E Mummy. Since the prince was foreigner, he was bound to be buried in sheepskin. One of the evidences that support this theory is a papyrus in which the pharaoh tries to convince the prince who is a friend living abroad to return to Egypt.

The second theory is that the Mummy was an important person who passed away abroad, not in Egypt. Archeologists and historians believe the mummy died on a military campaign. The local priests in the foreign country tried their best to preserve the body, wrapped him in sheepskin and shipped him to Egypt.

In 2012, after more than 100 years of speculation, the mystery of the Man E was finally solved. The identity of the mummy was confirmed to be the son of Ramses III, the Prince Pentewere. The prince and his mother, Queen Tiy, were plotting and conspiring to kill his father and rule as King. The prince and the queen were caught, and the punishment was death. They were both allowed to take their own lives.

The researchers performed a genetic analysis of the mummy and the results showed same paternal lineage as Ramses. The results suggested that they were father and son. Once the researchers got the genetics, they linked them with the theory that Ramses III was under an assault. There are several papyruses found from Ancient Egypt that confirm the conspiracy and plot of Pentewere and his mother against Ramses III.