The Six Day War - Did The Soviet Union want to attack Israel? 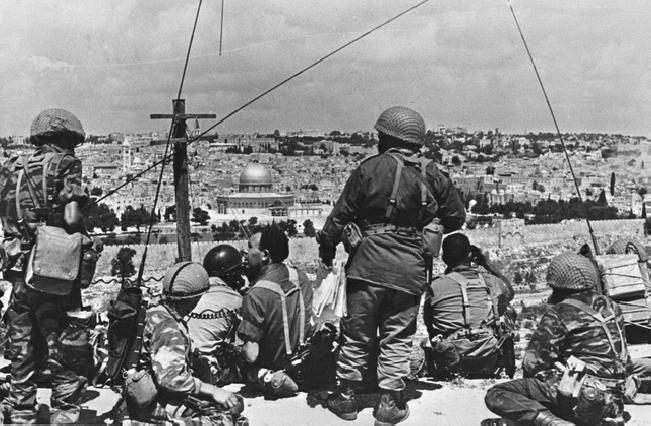 In almost any history book, the Six Day War is described as a war between Israel on one side, and the joined forces of Jordan, Egypt and Syria on the other hand

In almost any history book, the Six Day War is described as a war between Israel on one side, and the joined forces of Jordan, Egypt and Syria on the other hand. The war that occurred in 1967 is one of the shortest wars in history, but also one of the most controversial ones.

Summary of the Six Day War

The war took place in 1967 between the dates of June 5th and June 10th. Israel took a precaution measures against Syria, Jordan and Egypt. Israel believed that Arab Nations are preparing an attack on Israel. Instead of waiting, Israel decided to strike first. General Moshe Dayan, at the time Defensive Minister of Israel initiated the war.

Following the crisis in the 1956, the Arab Nations have established a strong ally and presence in the Middle East. Most importantly, the forces of the three countries were present at sensitive border areas. The United Nations acted as host on the borders. In May 1967, the Egypt Government made it clear that the UN is no longer welcomed in the Suez Region and ordered military forces to deploy in the Suez zones.

Israel saw the action as a provocation and a way of Egypt to declare war and prepare attack on Israel. Egypt was also responsible for a blockade that closed the Gulf to Israel and made the country unable to ship from there.

Israel launched an attack on the allied forces, and by June 7th, nearly all of Egyptian tanks in Sinai Desert were destroyed. Israeli forces have reached the Suez Canal.

The war, and the loss in it was seen as a huge blow to Arab moral and disaster for the Arab World, as a single nation managed to defeat four of the strongest Arab Nations.

Forty years after the events of the Six Day War, a book by Isabella Ginor and Gideon Remez shed new light on the matter. According to the authors and their sources, the Soviet Union gambled during the Six Day War, and intended to launch an attack on Israel. The idea was that the Soviet were afraid of Israel’s nuclear capability, and wanted to destroy it. The Soviet planned to use their Arab allies (Egypt, Syria and Jordan) to provoke Israel, and then launch an attack.

In the book, the authors say that the war would have been the perfect smokescreen for the Russians to test their new jet Mig-25 Foxbat. The problem is, the Israel forces got several fast victories versus the Arab Nations and prevented the Soviets from intervening.

The Soviets feared nuclear Israel, even though Israel never officially confirmed they possess nuclear weapons. Soviets counted on Arab Nations earning a victory and intended to provide them with full support, not full intervention. In the book, the author Ginor referrers to a speech of Marshall Gretshko, the defense minister back in the days, made in 1966 in which he said that “The Jubilee of the 1917 Russian Revolution would be the last day of the Jewish State" and that "imperialism and Zionism will come to an end."

According to several sources, Soviets planned to use their Mig-25 jets to bomb nuclear facilities in Dimona. The soviet even painted their aircraft with Egyptian markings in order to disguise their involvement.

On the morning of June 10, the Moscow – Washington hotline rang for the first time since 1962. It was a time of great concern in the White House, as the US President Lyndon Johnson got a call from the Russian prime minister Alexei Kosygin regarding the events of the Six Day War.

At the time, the Soviet Union played a central role in the Middle East, supporting and backing up Egyptian president. The Soviet had sent the Black Sea fleet into the Mediterranean to help aid the blockage of the Red Sea.

Kosygin’s message was clear, if Israel continued to advance toward Egypt and Syria, the Soviet Union would be forced to intervene and aid them. That would mean an attack on Israel, a clash that could lead to a grave catastrophe. The US President answered that if the Soviet want war, they will get war. The threat from the Soviet Union came as Israel was marching toward Damascus, the capitol of Syria. The US officials put pressure on Israel to accept a ceasefire and stop the attack. In the meantime, the US forces sent their fleet toward Gibraltar just to be sure. That way, if the Soviet had attacked Israel, the US could come in their defense with the fleet and prevent Israel from being annihilated.