The Rockefeller Family Wealth – From Poverty to Billionaires 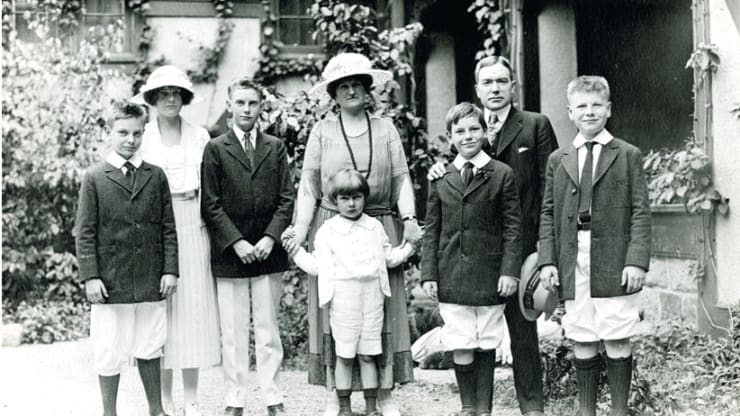 They are now in the seventh generation with as many as 170 heirs. And the family has managed to sustain their wealth. In 2016, they had more than 10 billion. There are more than 250 members of the family, all direct descendants of John D. Rockefeller and Laura Spelman Rockefeller

Wealth rarely lasts much beyond the grandkids. Due to taxes, spending, the dilution of wealth through children and their children’s children, wealth usually perishes. But that is not the case with the Rockefeller family.

They are now in the seventh generation with as many as 170 heirs. And the family has managed to sustain their wealth. In 2016, they had more than 10 billion. There are more than 250 members of the family, all direct descendants of John D. Rockefeller and Laura Spelman Rockefeller.

John Rockefeller, the first Billionaire in the World

Once, John Rockefeller said that the “rich man shouldn’t die rich, the rich man should die having done good things with the wealth he has created”. But as with all good and legendary stories, it all starts with a great character. And that is exactly John D. Rockefeller, who was the first registered billionaire in the world.

But he was not born with a silver spoon. John was born into a poor family. There are many rumors and mysteries surrounding the identity of his father. Some say he was a thief, others that he was a gambler. In any case, John was struggling to make ends meet. His family moved from Richford, New York, to Cleveland, Ohio in search of better luck. At the time, John was 14 years old.

John was the second of six children. And his ambition became evident from a young age. He got his first job as an assistant bookkeeper for a merchant firm when he was 16. After four years in the company, he started looking at other opportunities. John started pursuing his own dreams when he was 20 years.

He founded a commission merchant company with a partner. And by the end of the year, their company grossed $450,000.

Some might say he was at the right place at the right time. But he also had a sense of business. Sensing the oil boom, he opened a refinery near Pittsburgh in 1863. Within just two years, the refinery was the largest in the area.

In 1870, he opened his company, Standard Oil Company. Profits were high from the early days. He used his talent at streamlining operations, but also the favorable economic conditions. Motivated by the early success, John took an even more aggressive approach.

Within two years, Standard Oil controlled almost all refineries in the Cleveland area. His next move was to forge partnerships with railroad companies in order to transport his oil as economically as possible. He also bought pipelines and oil terminals. John even bought land to prevent rivals from establishing transportation infrastructure.

What made John and the Rockefellers successful was the streamlined process. They controlled the totality of oil, from extraction, through transport, and then its retail and whole selling. By the end of the 19th century, Standard Oil was a holding and a corporation with a virtual monopoly in terms of oil in the US.

Because of the increased importance of oil in the world and economy, John and the Rockefellers had great power.

In 1916, John officially became the world’s first billionaire. When he died in 1937, his assets totaled 1.5% of U.S. economic production.

The Secrets to Wealth

David Rockefeller Jr., who served as chairman of the Rockefeller & Co until his death in 2017, pointed to the secrets to wealth and success of his family. He pointed to four main components, but the first one is regular family meetings.

The Rockefellers meet as family two times per year, and often, there are more than 100 of them in the same room. Usually, that happens for the Christmas lunch. Everybody gets invited to these meetings when they turn 21 years old. During the meetings, the family talks about directions, projects, new members, and other news related to the family.

The glue holding all together is their family values. And that applies mostly to philanthropy. The family have many family foundations, with the Rockefeller Foundation being the biggest one. The foundation have a combined endowment of more than $5 billion.

Family members are involved in the foundations and choose the causes they support. And everything goes back to John Rockefeller, whose mantra is inscribed in stone at Rockefeller Center. It says “For every right implies a responsibility, every opportunity, an obligation, every possession, a duty”.

David Rockefeller, for example, gave to charity with his very first allowance at the age of 10.