The Mystery of the Thai Cave 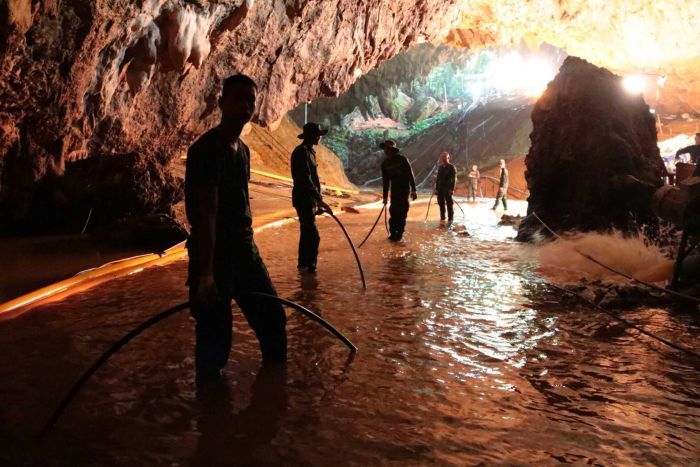 After two weeks in the Tham Luang Nang Non cave, 12 boys and the coach of their soccer team they were finally rescued on Monday July 9. But what the rescue mission didn’t revealed is the scary legend and mystery of the cave

For more than two weeks, a global audience was transfixed by the drama of 12 boys and their coach trapped within Tham Luang Nang Non, a cave located deep underneath the mountains in the Thai-Burmese border.

The 12 boys were part of a soccer team that also dabbled in outdoor adventures every now and then. After two weeks in the cave, they were finally rescued on Monday July 9. But what the rescue mission didn’t revealed is the scary legend and mystery of the cave.

The legend says that there is a ghost living in the cave, and locals have to leave jewelry, food, and other sacrificial items in order to please the ghost. They say prayers, and the belief among locals was that the boys angered the ghost, and that is why he swallowed them and trapped them in the cave.

The name of the Cave

The name of the cave literally translates to “the cave of the reclining lady”. The cave was named after a princess, who committed suicide after she was forbidden to be with her commoner love.

The legend goes that long time ago, the mythical princess fell in love with a servant boy. He was responsible for taking care of the horses. Because their love was forbidden, they ran away together. The princess got pregnant soon after, and in their getaway, they ran across the cave. The cave became their solitary and home.

One morning, the young servant went searching for food. He was intercepted by the army of the princess’s father. The king and his army killed the young servant. When she heard the news, the young princess stabbed herself with a knife in the stomach, and bled to death in the cave.

Since that moment, the locals believe that her ghost remains in the cave, and her spilled blood turned into water, while her body became the mountain that surrounds the cave.

The mystery lady is not the only legend related to the cave. Another story goes that a Northern Thai Lord, called Jao Luang Kham Daeng, or the Lord of Burnished Copper was tricked into following a beautiful woman into the cave. He was later devoured by the spirits within. In his death, he became the ruler of the cave.

Every story related to the cave in Thailand has some ghosts, dangerous, and powerful spirits. The job of the mythical spirits is to protect the Thai region, keep it safe, prosperous, and healthy. That is as the spirit and his power is respected.

The Tham Luang Nang Non cave is enthralling. The entrance of the cave is broad, just like a cathedral door, and during the rainy season, the humidity pours out like a steam. When you look at the cave, it looks like a gateway to another world, and in a way, it is.

All of the caves in Northern Thailand are places where religious traditions blend. They combine three religions in one place. You can find shrines to the Buddha, Hindu hermits, and also local believers in spirit lords of the mountain.

The three traditions blend together especially in the cave legends. A great example are the caves in Sri Lanna National Park, located between Chiang Dao and Nang Non caves. These caves are rumored to be home o two princesses that hid after their kingdom was destroyed. They sought protection in a cave, and Buddha, hearing their pleases, appointed a monstrous ghost to keep them save.