The Line – A 170km Long Skyscraper City in Saudi Arabia 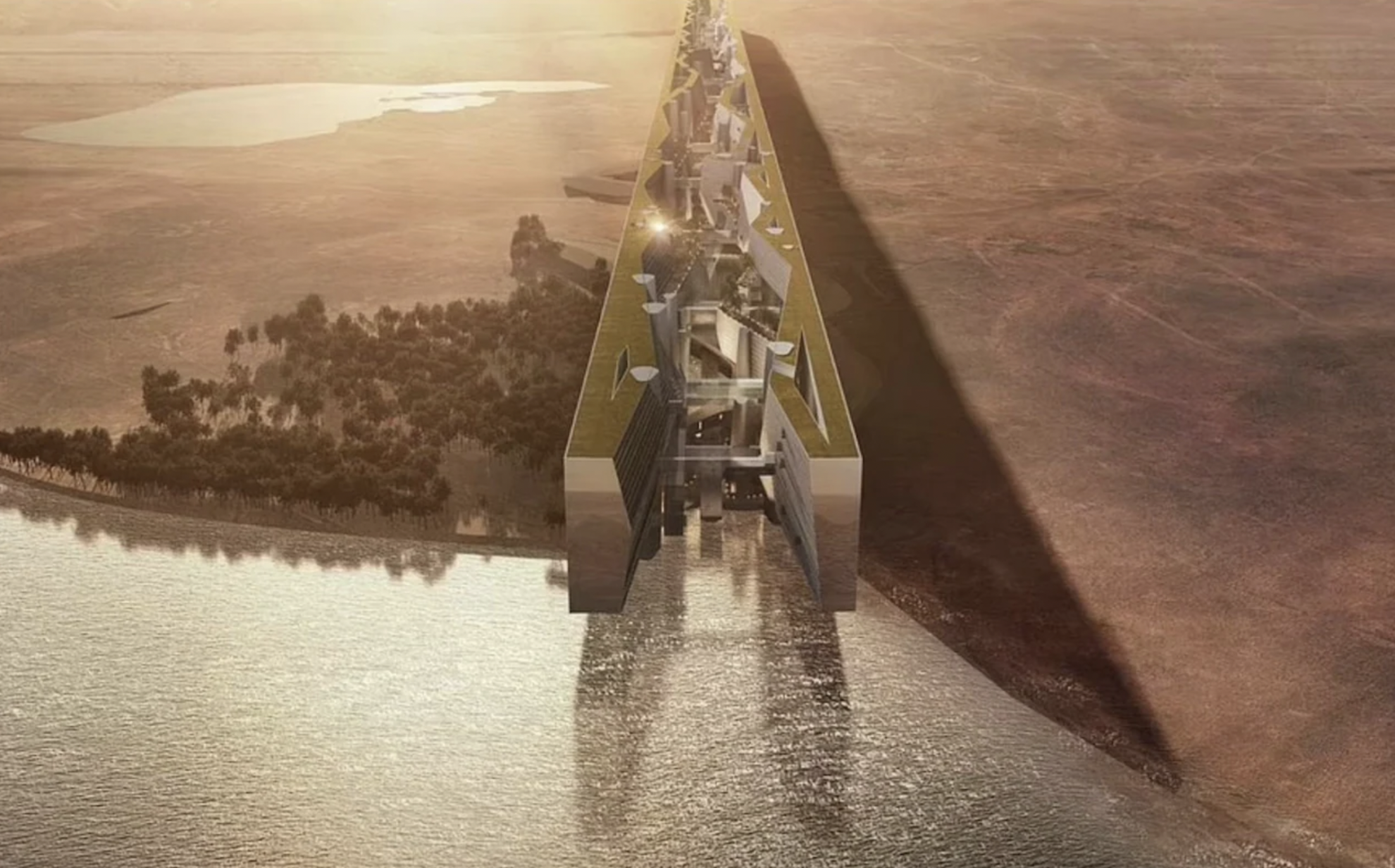 According to Saudi Arabia officials, the city will create around 460,000 jobs and add $48 billion to the country’s GDP

The Line is a linear smart city that is currently under construction in Saudi Arabi in Neom, Tabuk Province. The city is designed to have no cars, streets, or carbon emissions. In other words, it is a 170km (110miles) long apartment building part of Saudi Vision 2030 project.
According to Saudi Arabia officials, the city will create around 460,000 jobs and add $48 billion to the country’s GDP.
It is planned to be the first development of a $500 billion project in Neom. After it was announced, the project has faced criticism over its impact on the environment and the current population of the area.
The humancentric futuristic city concept has the potential to change the way cities are build. The concept was published for the first time in January 2021 by Prince and chairman of the NEOM Board of Directors, Mohammed bin Salman.

As we said before, the plan for the Line was announced initially on 10 January 2021 by Saudi Crown Prince Mohammed bin Salman. The presentation was broadcast on state television.
Then, in October 2021, earthworks began, while the first residents are expected to move in during 2024. The first phase of the Neom $500 billion project is scheduled to be completed in 2030. 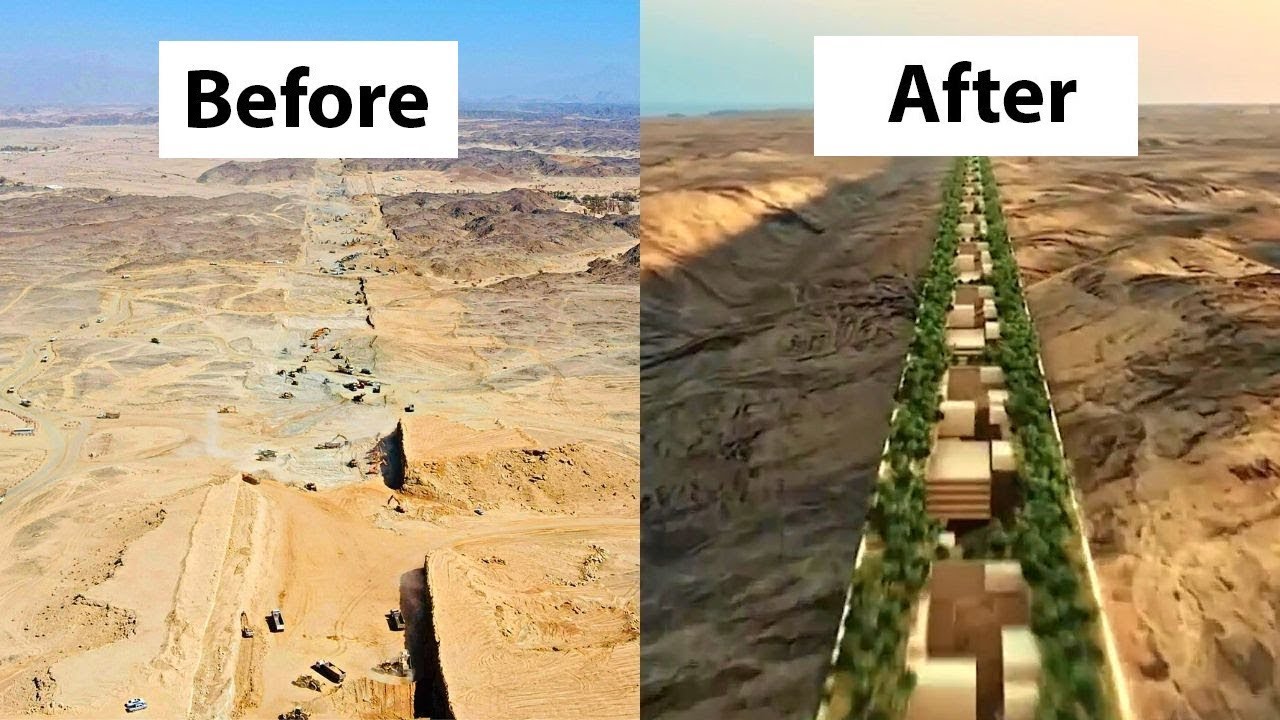 In July 2022, the Crown Prince released a promotional video, leading to more widespread media coverage of the project.
Critics were concerned that the project would create a “dystopian” and “artificial” facility that had already displaced the Huwaitat indigenous tribe.
Then, in October 2022, drone footage confirmed the construction was underway and excavation works were taking place along the entire length.

Now let’s talk about what the Line should be. According to the project, the Line is planned to be 170km (110miles) long, preserving 95% of the nature within Neom.
The apartment building will stretch from the Red Sea approximately to the city of Tabuk. There will be housing for nine million residents, with an average population density of 260,000 people per square km. Just for comparison, the world’s most densely populated city in 2022, Manila in the Philippines, had a density of 44,000 residents per square km. 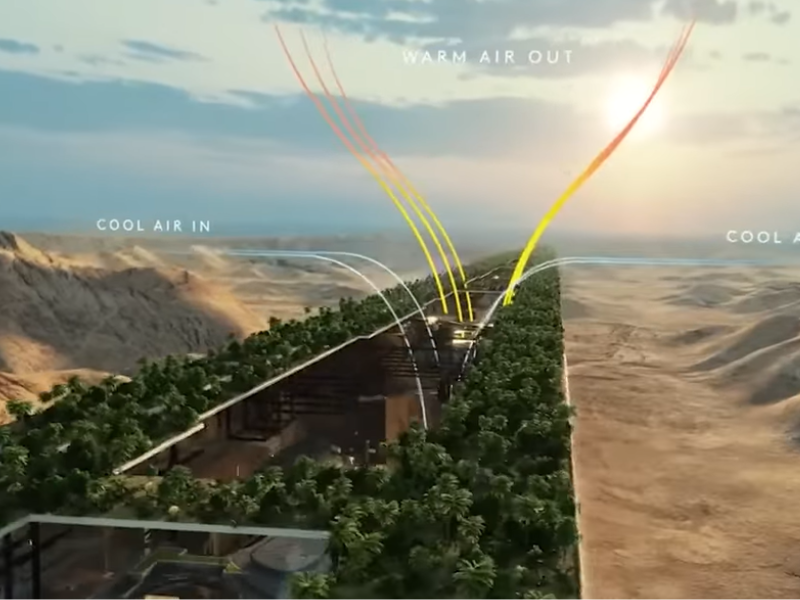 The Line consists of two mirrored buildings with an outdoor space in between, getting to a total width of 200m (660ft) and a total height of 500m (1,600ft).
The plan is to have renewable energy power the entire city, consisting of three layers. One layer will be on the surface for pedestrians, one underground for infrastructure, and another underground for transportation.
Then, there will be artificial intelligence that will monitor the city and use predictive and data models that will look for ways to improve daily life in the city. Residents will be paid for submitting data to The Line.
The cost of the building is between $100 and $200 billion, while some pessimistic estimates are around $1 trillion.

What the visuals reveal?

As we said before, in July 2022, the Saudi government released visuals of the skyscraper as part of the NEOM project.
What do the visuals reveal? Well, according to the visuals, there are two parallel wall-like structures enclosing an open area between them. The compact structure aims to be zero-carbon and will operate on 100% renewable energy. It is by every estimate, a social and economic experiment.

On the outside, it will be clad in a mirror façade, providing a unique character and a more subtle insertion in the natural landscape. Interior, on the other hand, will be built to accommodate buildings, layers of public parks, pedestrian areas, schools, homes, and places for work.
The Line should accommodate 9 million residents on a footprint of just 34 square kilometres. A high speed rail will run the length of the mega structure that will ensure end-to-end transit within 20 minutes.

Will The Line represent futuristic cities? Or is it too optimistic? The developers of the project refer to it as Zero Gravity Urbanism.
It raises 500m above sea level, which means that the walls are planned higher than many skyscrapers like The Empire State building.
And when it comes to urban life in the project, it has 3-dimensional organization. Two of the derivatives are hyper-proximity and hyper mixed use. The hyper-proximity city model prioritizes multimodal transportation rather than car-centric design.
According to architects working on the project, the concept releases us from the limitations of the ground plane and the necessity to demolish it. This model should enable citizens to locate functions nearby and bring up a whole new realm of previously tricky or unattainable adjacencies.
For example, the developers say that a school can be a museum.

Criticism of the project

While there are many that applaud the project, there is also a huge chunk of criticism. Most critics come from traditional city design and life quality in big cities. 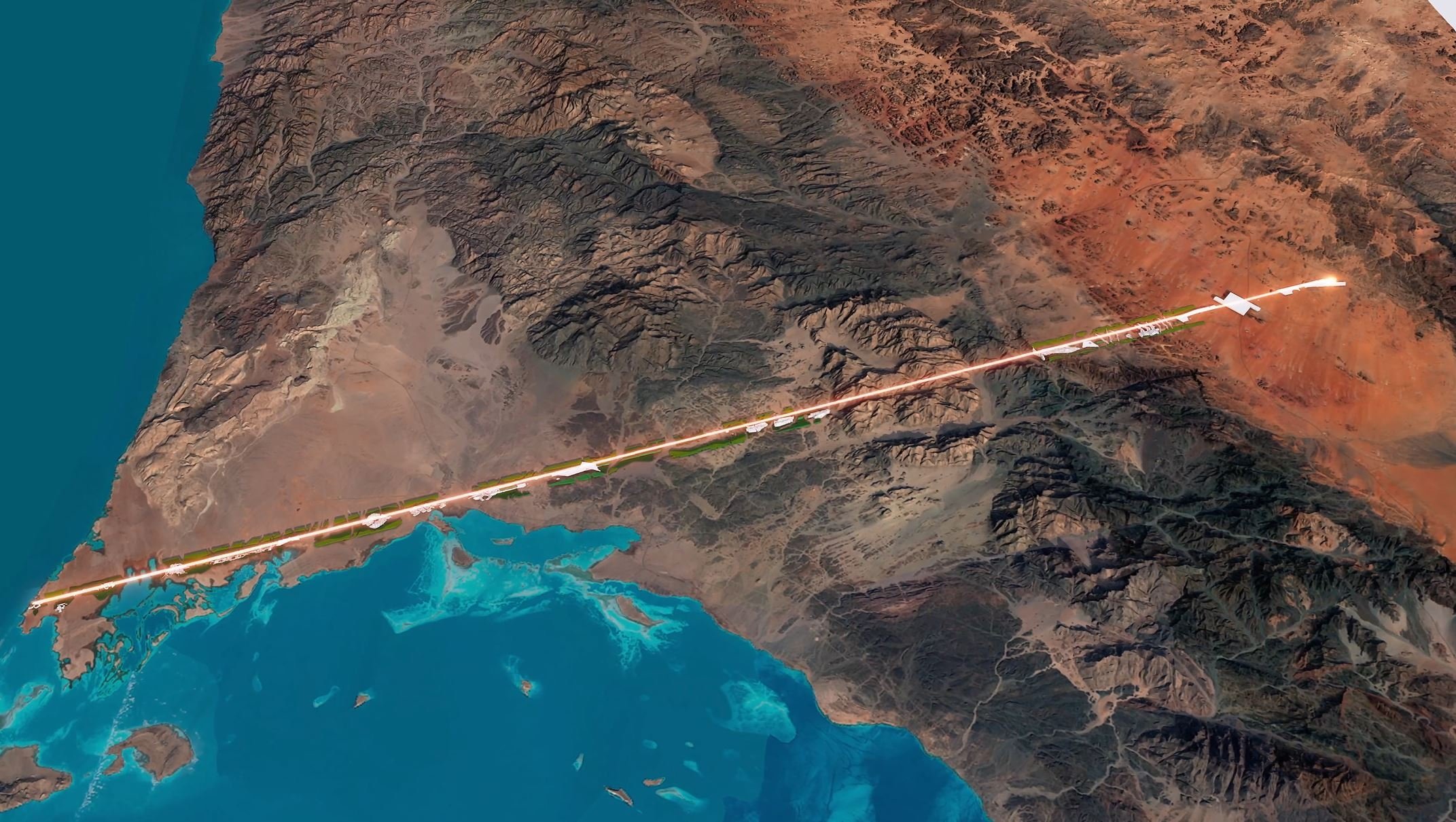 One big problem is the density. As we said before, Manila in the Philippines has a population of 1.8 million, spreading on 43km. That is density of 44,000 residents per square km. On the other hand, The Line should have 9 million residents on 34 square km, resulting in density of 260,000 residents per square km.
There are also questions about what the project will do for the environment. There are questions regarding the sustainability and feasibility of the project for today’s civilization. 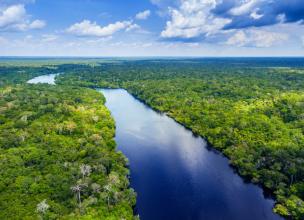 Environmental
Amazon River Amazing Geography Facts
No matter what, it is amazing that the Amazon River is one of the longest and most amazing. The quantity of fresh water ...
Sky Bridge 721 – Everything You Need to Know about the Longest Suspension Bridge
Opened to the public in May 2022, the bridge offers views of the landscape. It spans the Miynsky Stream valley from the ...
The Crystal Caverns, Mexico – Beautiful but Deadly
They are extremely hot, one factor that makes them hard to explore for visitors. The largest known crystal found in the ...
Sea Otters – Amazing Endangered Species Animals
For more than 40 years, the conservation status of sea otters remains unchanged. Their future remains uncertain. In the ...