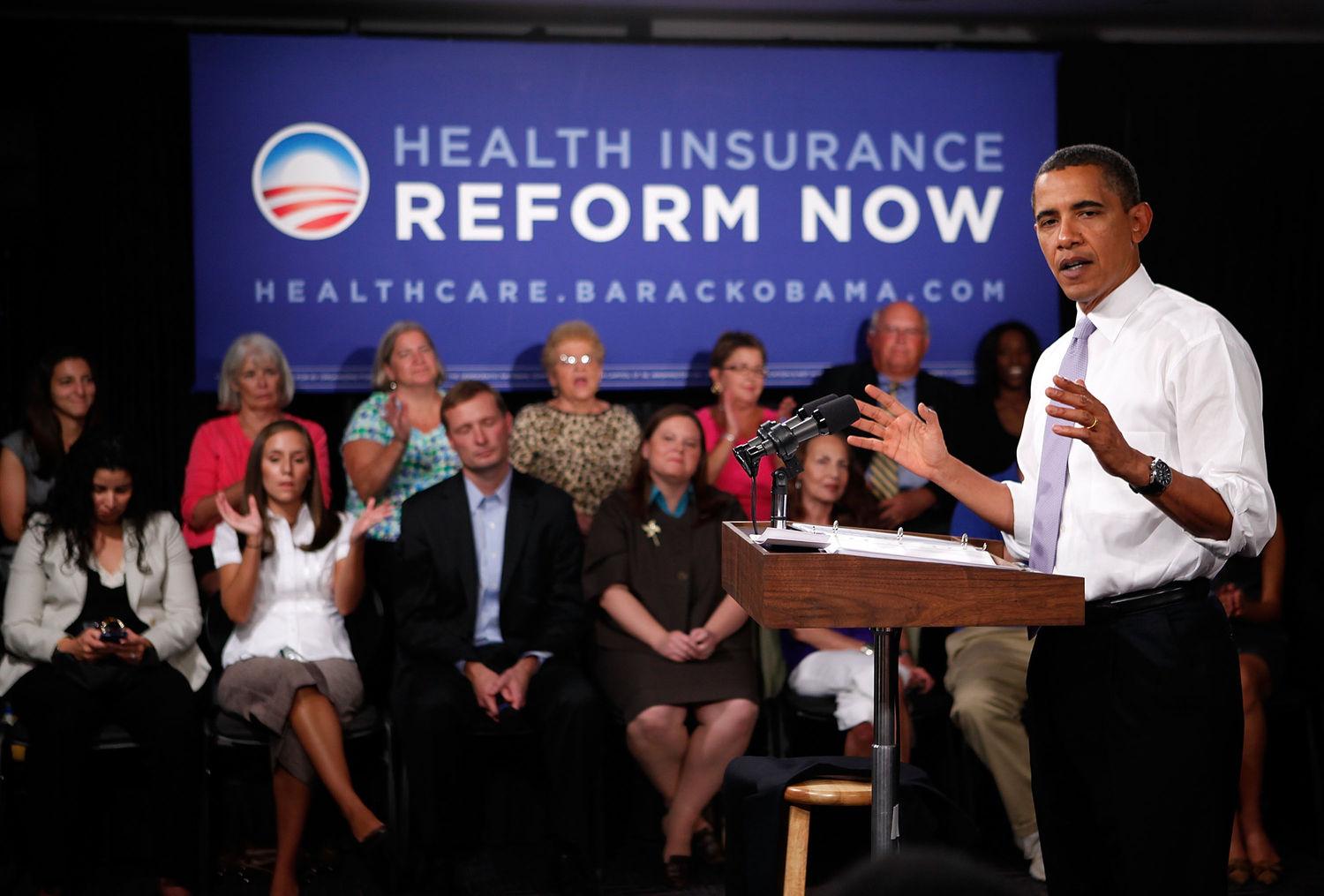 The main thing that Obamacare achieved is to establish the expectation in the public’s mind that now, access to basic and main health care is a right, not an option

Obamacare is the unofficial name for the “Patient Protection and Affordable Care Act (PPACA) or Affordable Care Act (ACA). Obamacare is the latest effort by president Obama to make health insurance available for every American. Since he became president, Obama has reformed several key aspects. For example, he was the president to openly support gay marriage, and under his presidency gay marriage has become available and legal in the whole country. Obama was also the one to bring end to the Iran crisis, having the guts to start the communication with new president Rouhani. But the health system and care was one area many presidents have tried to improve, but all failed in the past. Obama is the first that succeeded in his intention to bring health insurance nationwide. Obamacare, or ACA was signed by Obama on March 23, 2010. The president signed the law to reform the health industry, and was then upheld by the Supreme Court on June 27, 2012. The dream to provide Americans with affordable health insurance has become reality under Obama.

The essence of Obamacare

The economic side of the story is the most important when assessing Obamacare. The Affordable Care Act cut back on Medicare spending all while the act hiked taxes on the rich people’s investment income and their health plans. The result is a massive downward redistribution of income. In essence, Obamacare is the most startlingly progressive reform that the country has ever enacted.

The Road to Obamacare

For more than one century, American presidents have tried to bring national health insurance. The subject has been the single defining goal of progressivism in the country since 1912, when Theodor Roosevelt proposed the Bull Moose platform with a fully guaranteed right to health insurance. But his efforts came short, as the Congress didn’t pass the bill. The next president who tried to reform the health care system was Harry Truman, including a single-payer plan in the Fair Deal set of proposals. Kennedy was another president that failed, even though he targeted just limited groups, not the whole nation. Then, Richard Nixon came with his proposal for universal health care plan that was very similar to what Obama proposed nowadays. But Ted Kennedy walked away from a deal to pass the proposal, and the Senate didn’t pass the plan. And the failure of Bill Clinton’s plan is legendary. Here is a look at some of the proposals.

Bull Moose Platform is the first try by a US President to guarantee health coverage for all American citizens. Roosevelt and his progressive allies had the support from the American Medical Association, but failed to pass the bill in the 1910s. The biggest problem was the FDR, as the institution declined to include health insurance in the Social Security Act. According to the FDR, including health insurance would sink the Security Act.

Bull Moose Platform included many segments for rights and obligations for US Citizens. In regard to health, the platform argued that the supreme duty of the Nation is conservation of human resources via social and industrial justice. Roosevelt tried to put legislation in place for prevention of accidents, occupational diseases, involuntary unemployment, overwork, and other effects and incidents linked with the modern industry. His platform tried to fix the minimum safety and health standards for workers and occupants. In order to maintain such standards, Roosevelt suggested Federal Control over interstate commerce and taxing power.

Just 7 months into his presidency, President Harry S. Truman proposed a new health care program for the Nation to the Congress. According to Truman, the Federal Government should play a role in the health care of the Americans, saying that the “health of American children, like their education, should be recognized as a definite public responsibility."

Truman wanted to insure that all communities had access to hospitals and doctors, no matter their income. At that time, according to the president and his statistics, more than 15 million people had no access to a local hospital that meets the minimum standards.

In 1962, JFK proposed a health care for the aged. His proposal for known as Medicare, but was unofficially called Kennedycare. The story of the failure is a big lesson for Obama. Even though John F. Kennedy was one of the most likeable presidents, he still couldn’t bridge the gap and pass the bill. The moment he took office in 1960, Kennedy asked the Congress to pass the plan, but the Congress members pawed over it. In the spring of 1962, Kennedy tried to push the plan again. But he made the mistake of trying to bring the fight outside of the Congress. Kennedy fought on two fronts. He was working to persuade the Congress, but also went public and criticized the Congress trying to create pressure in Washington. The problem was that by going public, JFK antagonized the members of the Congress he was trying to persuade to vote for the legislation.

In February 1974, Richard Nixon addressed the Congress with a proposal for “Comprehensive Health Insurance Plan”.

His first message was that the “most cherished goals of our democracy” is to assure that every American has an equal opportunity for a full and productive life. And health insurance plays a huge role in assuring those standards. According to Nixon, it was about time for the Nation to move forward in the area of health care.

“Without adequate health care, no one can make full use of his or her talents and opportunities. It is thus just as important that economic, racial and social barriers not stand in the way of good health care as it is to eliminate those barriers to a good education and a good job”, argued Nixon.

In his proposal and health insurance plan, Nixon wanted the Nation to guarantee “adequate financing of health care on a nationwide basis”.

Seeing how cost of health care has risen, and how average families cannot afford everyday health care, Nixon tried to convince the congress that it is the Nation’s duty to address these matters.

The president located two flaws in the health care insurance system. The first one is that the ones who need health care the most, are the ones who are not insured and they are less likely to obtain adequate healthcare. The second flaw is that individuals who have health insurance, lack coverage which is balanced and protective. At that time, 40% of insured people were not covered for visits to physicians.

1. The plan offers every American an opportunity to obtain health insurance benefits

2. No American will have to pay more than he/she can afford.

3. The plan builds on the existing systems of health financing and harmonizes them into one, overall system.

4. The system uses public funds where funds are needed.

5. Patients will have freedom of choice and ensure that doctors work for the patients.

6. The plan encourages more effective use of the health care resources.

7. All parties have direct stake in making the system.

In its essence, ACA expands the affordability, availability and quality of both public and private health insurance. The act does so through regulations, taxes, insurance exchanges, consumer protections, subsidies and many other reforms. Some of the benefits of the Affordable Care Act are the following:

- It stops insurance companies from denying coverage. The ACA also stops companies from dropping people when they are sick or if they make a mistake in their application

- It requires large businesses to ensure their employees

The main thing that Obamacare achieved is to establish the expectation in the public’s mind that now, access to basic and main health care is a right, not an option. The numbers say it best, so let’s look at them.

- By the end of 2014, more than 6.5 million Americans enrolled in a health plan. Out of those, 2 million were new enrollments, and 4.5 million were renewals.

- By the end of the open enrollment in 2015, the expectations are that around 11.7 million will enroll in the health plan in state and federal marketplace. Additional 10.8 million will be covered through Medicare and CHIP and 5.7 million will stay on the plan of their parents.

- A January report in 2015 showed reduction of uninsured Americans. In some cases, the numbers are the lowest since 2001, especially in areas such as young people and low-income workers.

- More than 8.2 million seniors saved $11.5 billion on their prescription drugs since Obama signed the health care reform law in 2010

The challenge for Obamacare

The U.S. Supreme Court has saved Obamacare three times by now, but the challenge is the future. There is no guarantee that Obamacare, and the healthcare reform law can survive beyond 2016 and the presidential elections.

At the moment, the Republicans control both houses of the Congress. President Obama is finishing his second term and cannot run for another term. That leaves the Democratic party with a candidate who will have to step into the role of commander in chief, and his first assignment will be to find a way to make Obamacare accepted by all parties. At the moment, the Republicans are opposed to the healthcare reform law. If Republicans win the presidential elections, they can completely alter Obamacare or repeal the law.

Medicine
19 Addictive Facts about Heroin
The substance enters the brain rapidly, and then changes back into morphine. Heroin binds to opioid receptors on cells l...
Buzludzha Monument – Abandoned UFO Cold War Monument
The cost of the building process was 14,186,000 leva, which equals to $35 million in today’s rates. The monument was ...
America’s First Ladies: Fun Facts you didn’t know
The First Lady needs to be respectable, presentable, smart, intelligent, and so on. So far, America has had some great F...
Top 5 secret societies with real power in world politics
Conspiracy theories have been trying with years to prove that the Illuminati and the New World Order are deeply involved...