The Black Budget - A Conspiracy Theory turned out to be true 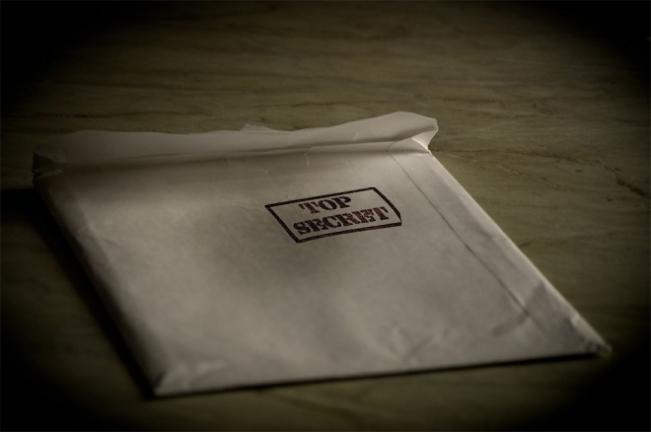 There have conspiracy theories about what is thought to be a budget financing secret military operations since 2007, when the US Government first started releasing documents of the money spent by the intelligence agencies. However, since the government released just the raw numbers and the sum amount, never the details, the conspiracies started growing. The black budget was successfully hidden and not investigated for years. That all changed in 2013, when a former contractor for the NSA leaked documents showing proof that the Budget is real. Even with all those information leaked, many people in the United States in the World are unaware of what the Black Budget is.

Some of the major agencies that are part of the Black Budget are CIA, the National Security Agency, the Defense Intelligence Agency and the military R&D.

The numbers of the budget are reserved and revealed to only a select few members of the Congress committee. Sometimes, even those members are not allowed to see the numbers.

Weapons financed by the Black Budget

One of the biggest controversies is HAARP, the high frequency program and the technology behind it. Officially, HAARP is a scientific program that is designed to understand the ionosphere. Unofficially, it is a weapon that many suspect the US Military uses to generate low frequency waves that can cause earthquakes and other “natural disasters”. The program was operational for several years, and in 2014 the US Air Force announced that it will shut it down. However, the shutdown was postponed for May 2015, and it is still unknown when it will happen. Latest reports are that the Military will start dismantling the facility in the middle of June.

Another interesting theory is that the military has founded technology that allows microwaves to be used as weapons. Microwaves are considered to be the next evolution of non-lethal weapons that are capable of preventing voluntary muscular movements, produce sleep, control emotions, and interfere with memory. While it looks like the weapons are non-lethal, they can be quite dangerous.

In the documents that were published by Edward Snowden, there is evidence that the US Military developed Flame and Stuxnet, two malware programs that made its way to the digital world. The program was jointly funded by the US and Israel.

Last, but not least, the Black Budget also covers Microwave Cell Phone Towers. Cell Phone towers pop up all over the US, and many underestimate the effect that it has on the health of the population. And while cell phone towers are dangerous because of the radiation, there are some people that think that the US Military might use them in an even more dangerous approach. Ken Adachi, is a professor that explains that the towers could be used for tracking activities, as well as mind control. While mind control is a bit far-fetched to be plausible, tracking activities is nothing new.

In an article published by the Washington Post in August 2013, the Black Budget was revealed. The article contained a leaked document by Edward Snowden, who was a former National Security Agency contractor. His saga began in June, when he decided to go public with classified documents.

In the documents, Snowden revealed that a “Tailored Access Operations” is actually a high secret NSA program that collects intelligence about foreign targets. The program does so by hacking computers and cell phones, stealing data and monitoring their communications.

Snowden first revealed the documents to two journalists, Glenn Greenwald and Laura Poitras. He revealed the secrets in Hong Kong, where he asked the journalists to join him. Just days after the documents were published, the US Department of Justice charged Snowden with counts of violating the Espionage Act and stealing government property. He then flew to Moscow, and still hasn’t returned to the US.

- 176 pages, the summary of the budget written for the National Intelligence Program, with details of every success and failure during the fiscal year

- 16 spy agencies are part of the black budget. They make up the US intelligence community

- 107,035 is the number of employees that benefit from the Black Budget. The budget covers the whole US Intelligence community that employs 107,035 people.