The hotel opened to the public in 1888, and since then, it has seen history, celebrities, and rebuilds. But also some tragedies. Millions of guests have checked in. Yet, a few have never checked out

The Banff Springs Hotel of Canada is home to a plethora of ghost stories. Locals often tell tales of entire family that was murdered in one of the rooms. Then there is the bride. Doormen who vanish into thin air.
The handsome hotel is shrouded by the fir-dressed peaks of the Canadian Rockies. It has a perfect location for a vacation. With access to the iconic ski fields of Jasper and Banff, the hotel is at an ideal spot.
But the mysterious ghost stories often repel guests. What are some of the most popular stories?

History of the Hotel

The hotel opened to the public in 1888, and since then, it has seen history, celebrities, and rebuilds. But also some tragedies. Millions of guests have checked in. Yet, a few have never checked out.
In more than 130 years, the popular Alberta vacation spot has set the scene for some horrific murders, suicides, and terrible accidents. Some people even claim to have seen it with their own eyes.
Like many ghost stories, retold hundreds of times, the details have become embellished and no one is quite sure what really happened. 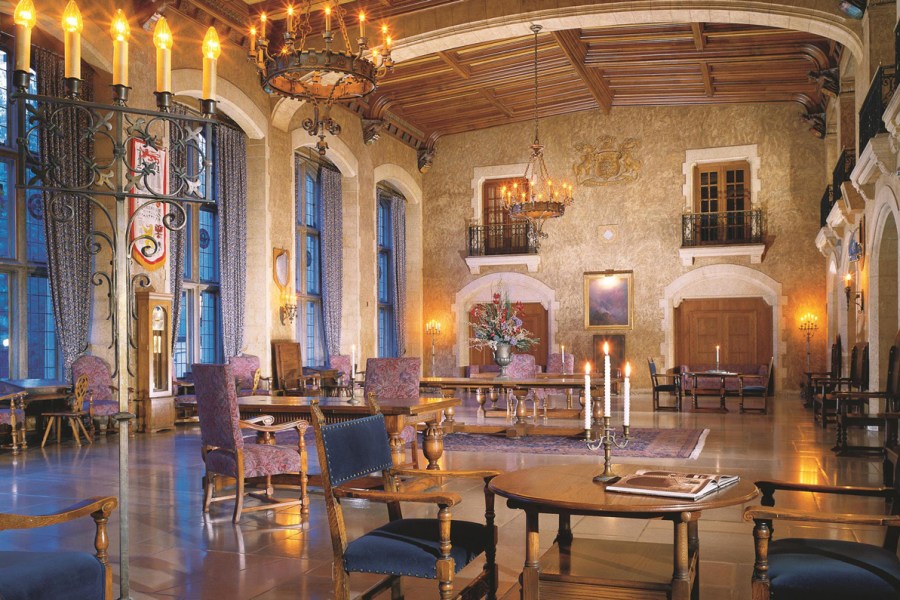 The original Banff hotel was a five story wood-framed structure designed by American architect Bruce Price. It draw thermal water from nearby natural springs and a pipe system filled pools in the luxurious resort.
Then, in 1926, a devastating fire burned the Banff Springs to the ground. It was replaced with a steel structure clad in thick Rundle limestone blocks.
In 1988, the building was designated as a National Historic Site of Canada. As of 2022, the hotel property is managed by Fairmont Hotels and Resorts.
Here are some of the myths surrounding the hotel.

Here is a fun fact: the room doesn’t even exist anymore. According to a legend, there are multiple versions about how several people met their demise in this particular room.

The most famous one is a tale about a young a family and a murder suicide scene. As the story goes, the spirits of the mother and daughter never left the room. Guests staying in the room reported hearing shriek like cries in the middle of the night.
After dealing with many reports, the Banff Springs hotel management decided to seal access to the room forever. There is no more option for sleeping in the haunted room.

Next famous story is about the Ghost Bride. It dates back to the late 1920s, just a year or two after the original structure was burned in fire.
According to the story, on the young couple’s wedding day, the bride, decked out in her wedding dress, descended one of the hotel’s staircases.
But something startled her, and she slip and fall. According to another story, the newlywed bride ascended the staircase as her future husband was waiting her at the top. But her wedding gown brushed against one of the candles that lined the staircase. She caught fire, and in the panic, she tripped over her wedding dress, fell down, broke her neck and died. 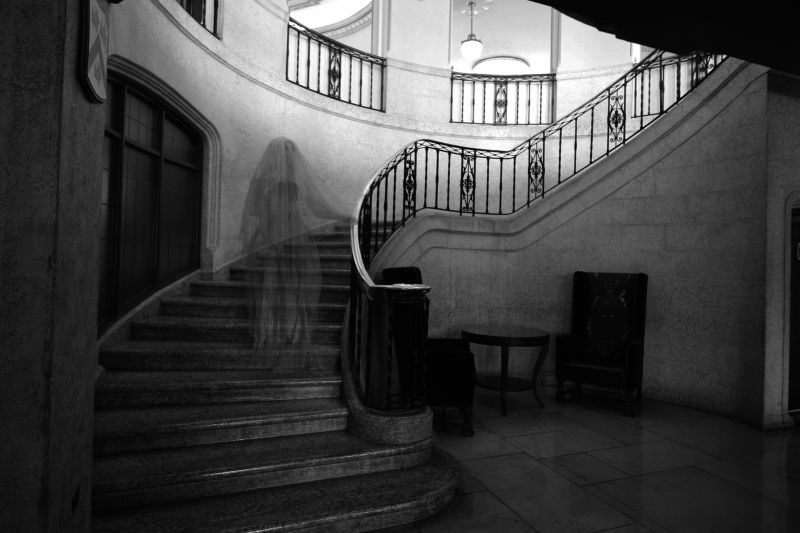 No matter what story is true, the end result is the same, the bride died on those steps. Since then, guests have reported seeing a veiled figure moving up and down the stairs. They also report a figure in a wedding dress dancing in the ballroom upstairs.
True or not, the story of the ghostly bride of the Banff Springs hotel remains.

Sam is another permanent resident of the halls of the hotel. Sam McCauleu or McAuley, was a beloved Scottish bellman. Before his death in the mid-late 1970s, he swore to posthumously return to the hotel and haunt his workplace.
Since then, there have been incidents involving mysterious phantom lights, elevator doors opening and closing at random, and hotel guests being helped by an elderly Scottish bellman.
Sam was the head bellman of the hotel during the sixties and seventies. He passed away in 1975. Here is a fun guest story. Two elderly women were calling the bell desk for assistance after they found out their key doesn’t work. The regular bellman was occupied and didn’t respond for 15 minutes. But by the time he arrived, the door was unlocked.
One of the women said that an older bellman in a plain jacket had helped them.

While 873 is permanently closed, there are stories about other rooms. Even staff say that there are reports about haunted rooms. They do not mention specific numbers.
Some of the reports are about pillows yanked out from under their heads while sleeping, being pushed off the bed by unseen entity, and more. Seeing bloody hand prints on the mirror, and so on.
Whatever spirits haunt the room, many guests believe they cannot rest in peace.

Conspiracy
Here is How CIA tried to Kill Fidel Castro 7 Times and Failed
Born on August 13, 1926, Fidel Castro was the longest-serving non-royal head of state in the 20th and 21st century. He r...
Chaonei No.81 – Learn More about the Haunted House in Beijing, China
In Chaoyangmen, Beijing, stands an abandoned house. Known as Chaonei No.81 or Chaonei Church, it has a reputation for be...
Sinking of MS Estonia – A Conspiracy Subject Many Years After the Tragedy
The MS Estonia sank on September 28, 1994, between 00:50 and 01:50 UCT+2. The ship was crossing the Baltic Sea at the mo...
Point Nemo – The Most Remote Location on Earth
Officially known as “the oceanic pole of inaccessibility”, Point Nemo is the point in the ocean that is farthest awa...