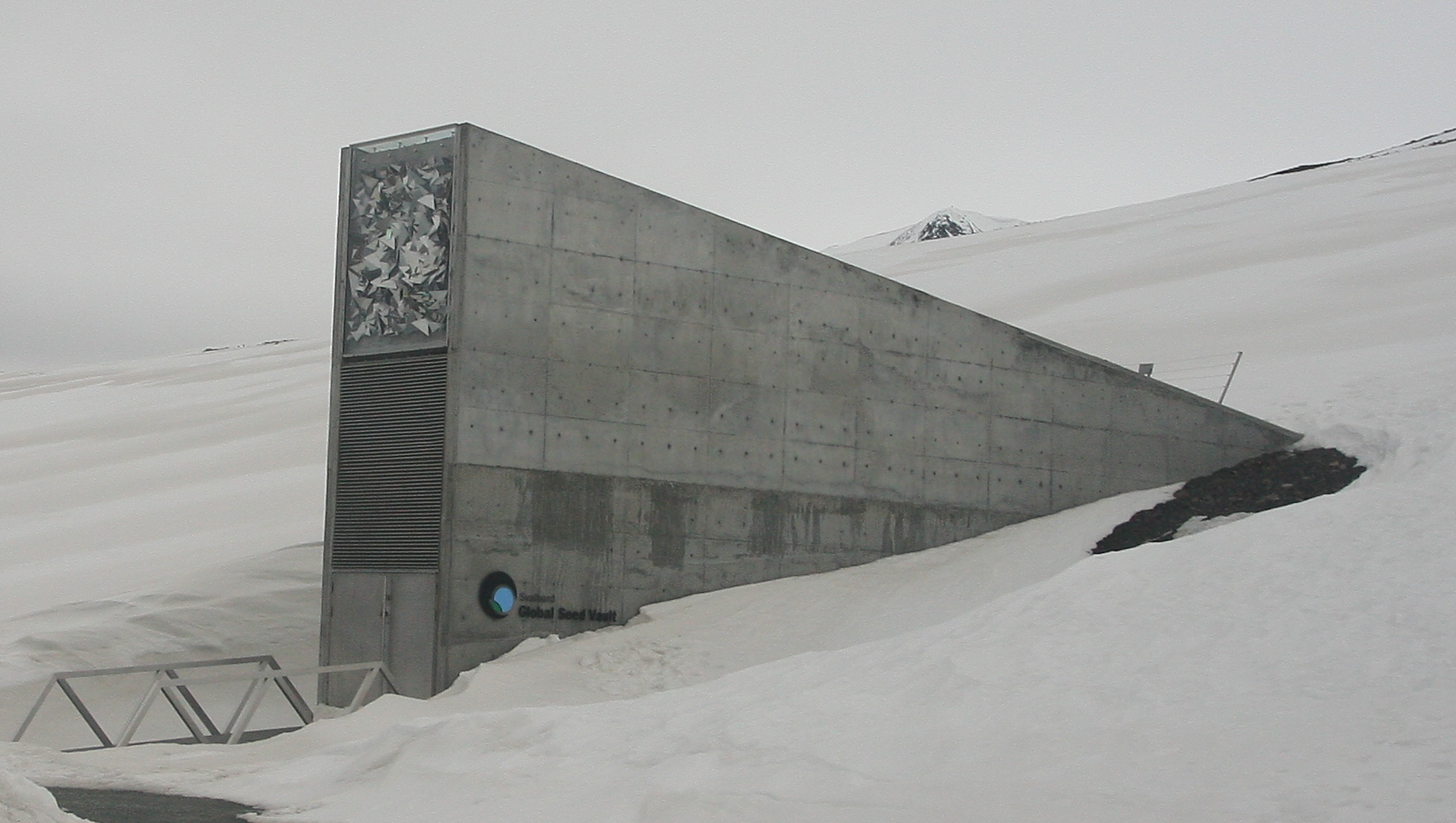 The Nordic Gene Bank stores backup Nordic plants since 1984. They do it via frozen seeds in an abandoned coal mine. In 2008, the bank merged with two other Nordic conservation groups to form NordGen. The result was Svalbard Global Seed Vault which was opened on 26 February, 2008

The Svalbard Global Seed Vault is one of those insanely cool places on Earth you cannot visit. The vault was constructed to store the seeds that could be utilized in a doomsday scenario. A catastrophic environmental disaster if you like, the vault stores seeds that can help us restore life. The fun fact is not even countries that have lend seeds are allowed access to the site. Located on the Norwegian Island of Spitsbergen, the vault actually has a long history.

The Nordic Gene Bank stores backup Nordic plants since 1984. They do it via frozen seeds in an abandoned coal mine. In 2008, the bank merged with two other Nordic conservation groups to form NordGen. The result was Svalbard Global Seed Vault which was opened on 26 February, 2008.

The first seeds actually arrived in January the same year. On the first anniversary of the vault, 90,000 food crop seed samples were placed into storage. That brought the total number of seed samples to 400,000 at the moment.

By 2013, estimates were that one third of the genera diversity stored in gene banks globally was represented at the Seed Vault. In 2017, the vault stored close to 1 million samples of seeds, representing 13,000 years of agricultural history.

The seed vault is actually 390ft object inside a sandstone mountain on Spitsbergen Island. There is a special security system that prevents access to 99.99999% of the world’s population. Seeds are packaged in special three-ply foil packets and heat sealed to exclude moisture. The Nordic Genetic Resource Center manages the facility, but there is no permanent staff on-site.

The mission of the vault is to provide a safety net against accidental loss of diversity in traditional genebanks. While media classifies as the “doomsday safety net”, the vault will actually has usage when genebanks lose samples due to mismanagement, accident, funding cuts, natural disasters, and equipment failures. For example, war and civil strife have a history of destroying some genebanks, and that is when the vault could come in handy.

Access to seeds is another popular topic. Researchers, plant breeders, and groups looking to access seeds samples cannot do so through the seed vault. Instead, they must request samples from the depositing genebanks.

The seed vault functions like a safe deposit box in a bank. The bank owns the building and the depositor owns the contents of his/hers box. The Government of Norway owns the facility, but the depositing banks own the seeds they send.

Each depositor signs a Deposit Agreement, making it clear that Norway does not claim ownership over the deposited samples and that ownership remains with the depositor. Nobody has access to anyone else’s seeds from the see vault.

In 2015, there was a report that the seeds vault designed to survive a global disaster is not prepared for one of the biggest global disasters facing our planet. And that is global warming. In 2015, melting permafrost on Spitsbergen seeped into the seed bank, and raised questions of how the structure will survive if the Earth keeps warming.

The structure was intentionally built underneath the permafrost so it could be a “fail-safe storage facility”. But irony hit it in 2015, when unusually warm temperatures in the winter caused rain, and the permafrost melt.

The water didn’t flood the vault itself, but it raised questions about the security and safety.

The “incident” in 2015 caused Norway to think proactive. In February 2018, Norway announced that the country will spend close to $13 million in order to upgrade the doomsday seed vault. The upgrades will include the construction of a new concrete access tunnel and a service building housing “emergency power and refrigerating units and other electrical equipment emitting heat through the tunnel”.

02:14
Social
New
The Power of Transportation | Origins: The Journey of Humankind

Social
The Burning Man Festival – What does it Teach us About Life?
Burning Man is one of the more unique summer festivals. It is an event focused on community, art, self-expression, and s...
Weird Facts about Tiramisu – The Italian Delight
Tiramisu is a coffee-flavored Italian dessert. Made of ladyfingers dipped in coffee, and then layered with a whipped mix...
Amazon River Amazing Geography Facts
No matter what, it is amazing that the Amazon River is one of the longest and most amazing. The quantity of fresh water ...
Hopi People – Society Run by Women with Men in it
The Hopi Society is one of the few in the world ruled by women. After the birth of a child, the paternal side of the fam...