Starlite – What happened to the material that could have changed the world? 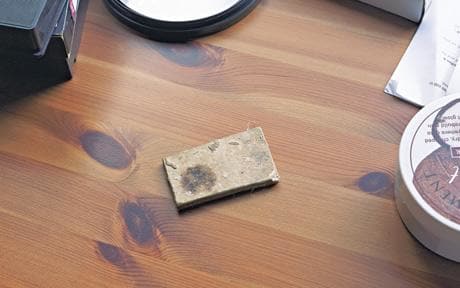 Starlite was fire-retardant, and could have been used as a thermal barrier or heat-resistant coating

Science is full of accidents that produce great inventions. Something was developed in the lab by accident. But it turned out to be something great. And that is what Starlite was. A miracle material, Starlite was developed more than two decades ago by Maurice Ward, an amateur scientist. Ward claimed that the material could resist the force of 75 Hiroshimas. He presented the material as something that was born out of nuclear blast.

Let’s try to explain the material, and how it felt. Imagine a piece of plastic that bends in all directions, and has a charred mark on one side that is same as the size of a coin. The charred mark is from a nuclear blast.

Starlite felt and looked like nothing, but holding the piece of plastic was a privilege to very few people in the scientific community.

The inventor, Ward, claimed that the material can withstand and insulate form extreme heat. The plastic contained up to 21 organic polymers and copolymers, as well as some small quantities of ceramics. Ward demonstrated the properties of Starlite in an egg demonstration. In some other tests, Starlite defied 18,000F laser blasts, which is three times the sublimation point of a diamond.

Starlite was fire-retardant, and could have been used as a thermal barrier or heat-resistant coating. With such characteristics, Starlite had the potential to change the world and how we do things. The problem is, Starlite did not change the world, and remains a mystery some 20 years after Ward invented it.

Often times in history, big inventions come from people that were unknown or anonymous at the time. Such was the case with Maurice Ward as well. He had a wife and four daughters, and ran a small plastics business in his city. His wife and daughters had another business, hairdressing. Even Ward mixed products and dyes sometimes. Ward claims that he was doing what L’Oreal and Garnier are doing today.

He was tinkering with dyes, and in the 80s, he tried another business. He was always looking for a good business deal, so he bought an extruder, a system that is used for manufacturing plastic cross-sections. Ward bought the huge machine, and installed it in his factory.

The life-changing decision came in August 1985, when Ward witnessed a British Airtours plane crash on the airport. The plane caught fire just after taking off. He wanted to find something that doesn’t burn very much. Because at the time, more people died from smoke and toxicity, not the fire.

So he started with teaspoonfuls in a food mixer. He mixed and blended even more, making up to 20 formulas per day. He got few that he liked, and then extruded them into sheet. He tested all materials with a blowtorch.

Starlite resisted 2,500 C of heat aimed directly at it by the blowtorch. And you could touch the material afterwards. Ward knew it was the best thermal barrier the world has ever seen at the time.

What happened to Starlite?

The possibilities for Starlite were limitless. Think about better fire doors, safer furniture, fire-resistant uniforms, weaponry, more efficient missile nose cones, and much more. So Ward thought, this was it. The chemist thought that chemical companies would line up to get their hands on the product, and that the world will be safer place for everyone.

But nothing happened. There were some tests carried out at ICI in one of their labs. But talks fell through. The company was working on Victrex at the time, another high-performance thermoplastic, but not revolutionary. Ward says they laughed at him at first.

Everything changed in 1990, when Ward and presenter Peter McCann introduced the product on the set of “Tomorrow’s World”. They showed the product with an egg experiment. During the egg presentation, Ward and McCann coated the egg with Starlite. And then they pointed blowtorch flame at it. The egg should have cracked apart within seconds. And five minutes later, the presenter picks up the egg, and holds it in his hand. He cracked it open, and the egg hasn’t even started cooking.

After that, the phones went wild. Ward wanted to separate good investors from bad investors by asking for a confidentiality agreement and an upfront payment. The key was keeping the formula secret. He didn’t even want to patent the formula, just so it stays a secret. In 1991, he sent the first sample to the White Sands atomic weapon testing site in New Mexico. Even NASA raved about the potential of Starlite, but no agreement was signed.

Nowadays, many believe that the reason Starlite was not a success is Maurice Ward. His conditions were unusual, as he wouldn’t sign any confidentiality agreements, and insisted on keeping 51%.

“They always wanted a license, and if they wanted that they had to sign an agreement that says they won't plagiarize or reverse engineer. If they don't sign that, they get a sample and then they reverse engineer and why would they bother to get a license?' This was why NASA never signed up. It's why BAE didn't, or Boeing, or the dozens of other corporations and military establishments who got somewhere in negotiations but never to the end”, says Ward.

But some say Ward was right, as two samples have been stolen. Some experts say that the potential of Starlite was the biggest handicap. It was difficult to deal with Ward just because of the potential of the product. The question today remains whether Ward fooled everyone at Tomorrow’s land? And was his product a hoax? The evidence suggests not, as tests in British and US government labs confirmed Starlite was the real thing. Sadly, we are left without it. 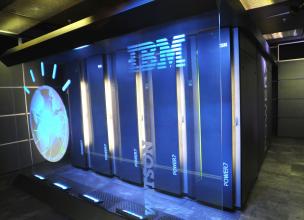 Technology
Eights Ways IBM Watson makes life Easier
The Watson has come a long way since the win in Jeopardy in 2011.
Five Female Astronauts that paved the way
More than 50 years ago, US and NASA worked on a project to send women in Space. The project, which included medical test...
Benjamin Franklin the Inventor
Between running a print shop, starting the first lending library in America, engineering the postal system, and helping ...
Point Nemo – The place furthest from land
Point Nemo is exactly 2 688 220.580 meters or 1450 nautical miles away from the following coastline points: Ducie Islan...