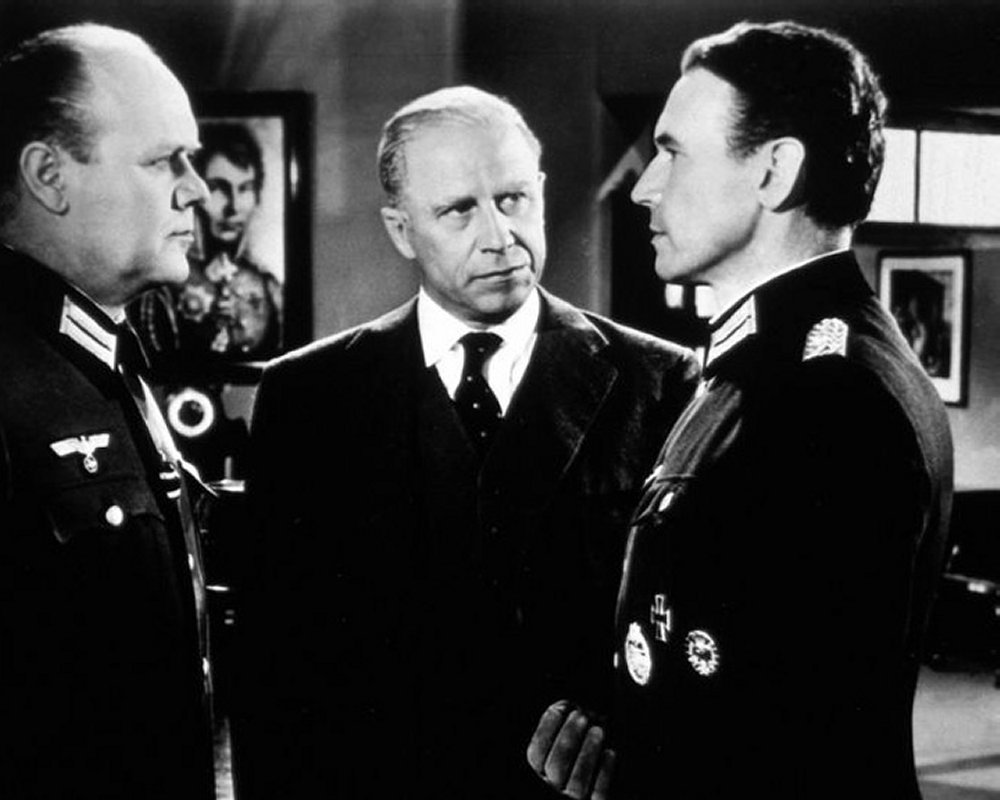 In 1938, several Generals, Majors and other prominent people from the German military started thinking and envisioning a world without Hitler. The generals formed the Schwarze Kapelle, a German military mutiny with only one purpose: overthrow Hitler at all costs. The group already had people in place for the positions needed to guide Germany post-Hitler.

The group attempted several assassinations on Hitler, but the biggest one was on July 20, 1944. The assassination is known as Operation Valkyrie. The conspirators hoped that by murdering Hitler, they can seize political control of Germany and negotiate favorable peace terms with the Allied forces. The plot was the culmination of the resistance process and opposition. After the failure of the attempt and the coup, more than 7,000 people were arrested by the Gestapo. More than half of them were executed.

Schwarze Kapelle had several prominent members deep into the ranks of Germany. The head of the organization, or the figurehead was General Ludwig Beck, who served as a chief of the general staff from 1935 to 1938. He resigned as a sign of protest against Hitler and his plans to overawe Czechoslovakia. Beck hoped other will follow, but nobody did. General Beck was Prussian officer with a high moral and ethics sense, and he was disguised by the trickery and violence methods of the Nazis. The problem was, he did not understand how to combat the Nazis. Most of the people in the Schwarze Kapelle group had the same problem.

Ulrich von Hassel served as the diplomatic adviser for the group. He served as a German ambassador in Rome from 1932 to 1938. The major of Leipzig, Carl Goerdeler was also a prominent member of the Kapelle. He was one of the most active members, trying to organize opposition and recruit people. He was considered to be the chancellor of the new, post-Hitler regime.

The theologian of the group was Dietrich Bonhoeffer, another member that took part in the planning of the coup. He was trying to negotiate peace terms with the Allied forces during World War II, and even submitted one to the British through Bishop George Bell in Stockholm.

Colonel Claus Schenk Graf von Stauffenberg played key role in the implementation of Project Valkyrie. He made changes to the original plan to address the conditions and the changing of situations. General Tresckow tried to get inside Hitler’s headquarters, but he was unsuccessful. He and Stauffenberg tried to recruit members of the headquarters, but failed. At the end, the Colonel decided to carry out the assassination and the Project.

The Kapelle wanted not only Hitler dead, but his closest generals like Himmler also killed. Between July 1 and July 20, there were several attempts, but none was carried out to the very end.

On July 18, Stauffenberg received words that the Gestapo is planning to arrest him, so the Kapelle had to act swiftly. On July 20, the Colonel attended a meeting between Hitler and his 20 closest generals. He had a bomb in his briefcase, and placed the bomb next to Hitler. What the Kapelle did not expect was a failure of the plan. Sadly, their own Colonel Heinz Brandt moved the briefcase behind the leg table, pushing it with his leg. The small movement saved Hitler, and many others who were protected by the leg table. Three officers died when the bomb detonated. Stauffenberg left the building prior to the detonation. When the bomb did not kill Hitler, the Fuhrer ordered arrest of the Kapelle’s members. Some of them were executed. Some, like Tresckow, committed suicide as last form of protest. Once the Generalmajor found out that the coup and assassination attempt on Hitler failed, he committed suicide at the front in Krolowy Most near Bialystok.

His parting words were “The whole world will vilify us now, but I am still totally convinced that we did the right thing. Hitler is the archenemy not only of Germany but of the world. When, in few hours' time, I go before God to account for what I have done and left undone, I know I will be able to justify what I did in the struggle against Hitler. God promised Abraham that He would not destroy Sodom if only ten righteous men could be found in the city, and so I hope for our sake God will not destroy Germany. No one among us can complain about dying, for whoever joined our ranks put on the shirt of Nessus. A man's moral worth is established only at the point where he is ready to give his life in defense of his convictions.

Tresckow wanted to protect other conspirators, so in order to do so, he staged an appearance of partisan attack by firing his pistols.

Erwin Rommel and the Kapelle

The Kapelle was actively trying to recruit Erwin Rommel, one of the most trusted Hitler tacticians. At the beginning, Rommel was a big admirer of Hitler, but he was never part of the Nazi Party. It was there where the hope of the Kapelle lied.

Rommel was turned after the Allied bombing on German cities and after he found out the atrocities committed against Jews. All of that happened in 1943, and Rommel started losing hope and faith that Germany will win the war.

Rommel even met with members of the Schwarze Kapelle, but he was against the plot to assassinate Hitler. The General believed that Hitler should be arrested and then put in front of a judge. It is still unknown whether Rommel was part of the Kapelle, or he just met with them. In any way, history shows that the Kapelle informed Rommel of the Operation Valkyrie, the plot to assassinate the Fuhrer and overthrow him.

In what can be considered last hope, Rommel wrote to Hitler five days before Operation Valkyrie, urging the Fuhrer the end the war and negotiate favorable terms for Germany with the allied forces. Two days later, his car was strafed by a British aircraft. During the operation, Rommel was in hospital, but he was implicated by German military sources.

Furious, Hitler asked for the elimination of Rommel, but the problem was he could not do it publicly, since Rommel was popular among the people. Luckily for Hitler, Rommel’s injuries served as the perfect opportunity. Rommel’s death is unknown to this very day. The official statement is that two generals came and took him from the hospital in order to take him to a new war zone. However, 20 minutes after the car left the hospital, the car crushed down the hill. Some people believe that Rommel was ordered to commit suicide in order to save Hitler’s reputation.

Why the Kapelle wanted Hitler Dead?

The best way to illustrate how badly the Kapelle wanted Hitler’s death is by the quotes of Generalmajor Henning von Tresckow, one of the assassins in Project Valkyrie. Here are some quotes by Tresckow.

- The assassination must be attempted at all costs. Even if it should not succeed, an attempt to seize power in Berlin it must be made. What matters now is no longer the practical purpose of the coup, but to prove to the world and for the records of history that the men of the resistance dared to take the decisive step. Compared to this objective, nothing else is of consequence

- Isn't it dreadful? Here we are, two officers of the German General Staff, discussing how best to murder our commander-in-chief. It must be done. This is our only chance... Hitler must be cut down like a rabid dog

- It is almost certain that we will fail. But how will future history judge the German people if not even a handful of men had the courage to put an end to that criminal?

- Every day, we are assassinating nearly 16,000 additional victims.