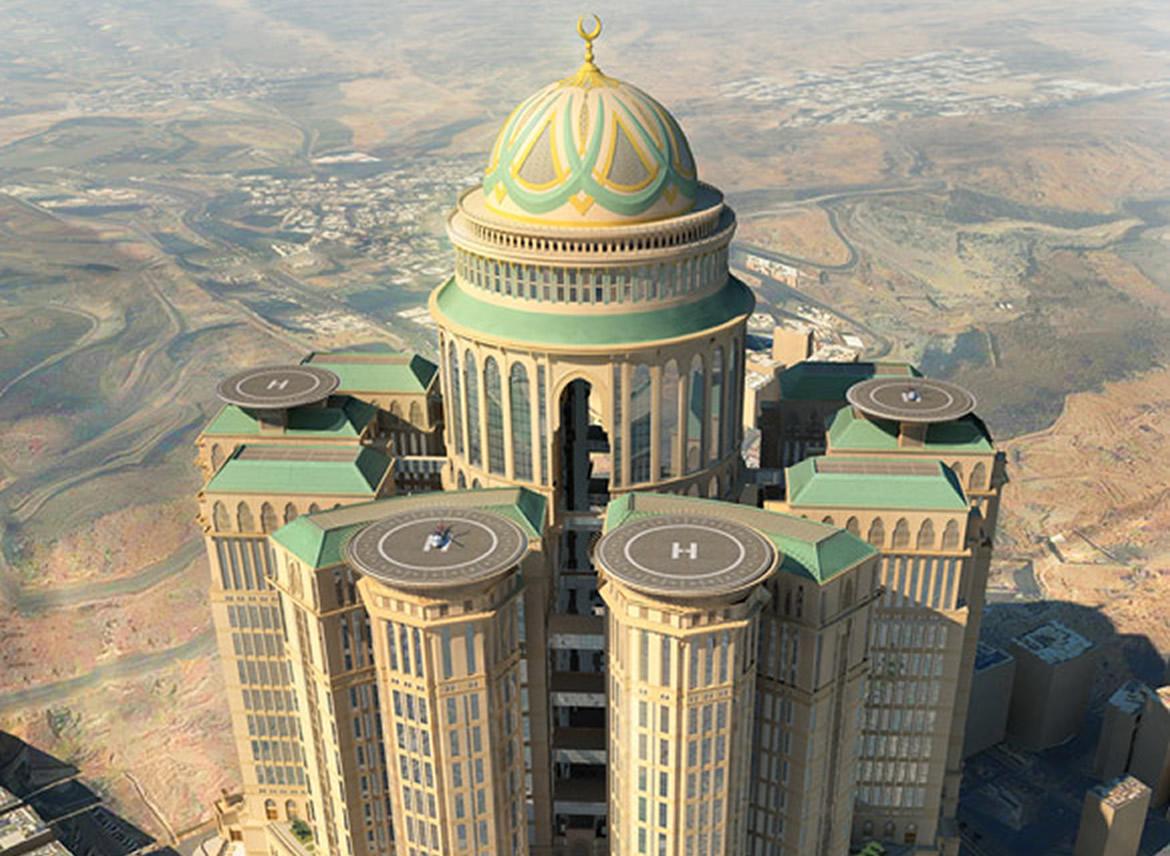 The hotel will have more than 10,000 bedrooms, 70 high class restaurants, and the 45 stories tall hotel will have 12 towers on top of a 10-story podium. The podium will feature food courts, shopping malls, bus stations and an extravagant ballroom

Project Abraj Kudai is a project by the Saudi Royal family. The family intends to build a hotel in Mecca, the sacred city which is due for opening in 2017. Four helipads will cluster around the hotel, which will be the second tallest building in the world, and the hotel with the most rooms in the world. The project is just the latest in the row of a progress that started with Saudi Arabia trying to turn Mecca, the ancient and sacred city, into a Las Vegas like city in the Middle East. The unveiling of Abraj Kudai in 2017 will be the pinnacle of the process.

The wealth and luxury of the hotel

Everything about Abraj Kudai screams wealth and luxury .For starters, the top floor of the hotel will be the house of the largest Islamic domes in the world. The dome will be surrounded by four helipads where rich people will be able to land. Five floors of the exclusive hotel will be reserved for the Royal family.

The hotel will have more than 10,000 bedrooms, 70 high class restaurants, and the 45 stories tall hotel will have 12 towers on top of a 10-story podium. The podium will feature food courts, shopping malls, bus stations and an extravagant ballroom.

The project costs more than $3.5 billion and is funded by the Saudi Ministry of Finance. The Dar al-Handasah group is responsible for the design of the hotel.

The total site area of the Abraj Kudai should go over 60,000 square meters, while the built-up area goes beyond 1.4 million square meters.

The hotel will have 12 towers, two of which will be used for luxurious five-star accommodations. The main 10 towers will provide four-star luxury.

Andrew Lindwood, the head of design at the London based company said that they feel this is a challenge, but they will try their best to maintain the creative essence of the Saudi region. The firm has already started planning and programming for the interior, even though the hotel is not yet built.

What the future holds for Mecca?

The Abraj Kudai is just the start of the transformation of Mecca into Las Vegas-like city. While the Kudai is planned for 2017 opening, another big hotel might emerge in the city before.

According to sources, Hilton is also planning a hotel in the city. The worldwide brand is developing the Conrad Makkah. The hotel is due for opening in 2016 and should help with accommodations and the rising number of pilgrims coming to the city. Conrad Makkah will be the first Conrad in the Saudi Arabia. Hilton also opened the Hilton Makkah Convention Hotel in Mecca, and the Hyatt Regency will start accepting reservations from July.

And while many applaud the Saudi royal family for trying to build such a majestic building, there are also some that point the finger towards the family for losing identify of the city.

According to Irfan Al-Alawi, who is part of Islamic Heritage Research Foundation based in the UK, the city is living the “last days of Mecca” and is turning into Mecca-hattan. Construction has turned the pilgrimage into a Las Vegas experience. Previously, the pilgrimage was known for its simple rite of passage, but now constructions have cast a shadow over it. Most pilgrims can’t afford the experience, and the pilgrimage is challenging for some people as they pray in the wrong direction. The reason is that they cannot see the mosque and do not know which way the mosque is.

Alawi is one of the people trying to save the little heritage that is left in Mecca. When completed, the Abraj hotel will be the second tallest building in the whole world, and it is already casting shadow as the Grand Mosque is loomed over.

During Hajj, more than 2 million pilgrims visit the city, with additional 20 million coming through the year. The place has become a popular venue even for weddings and conferences. 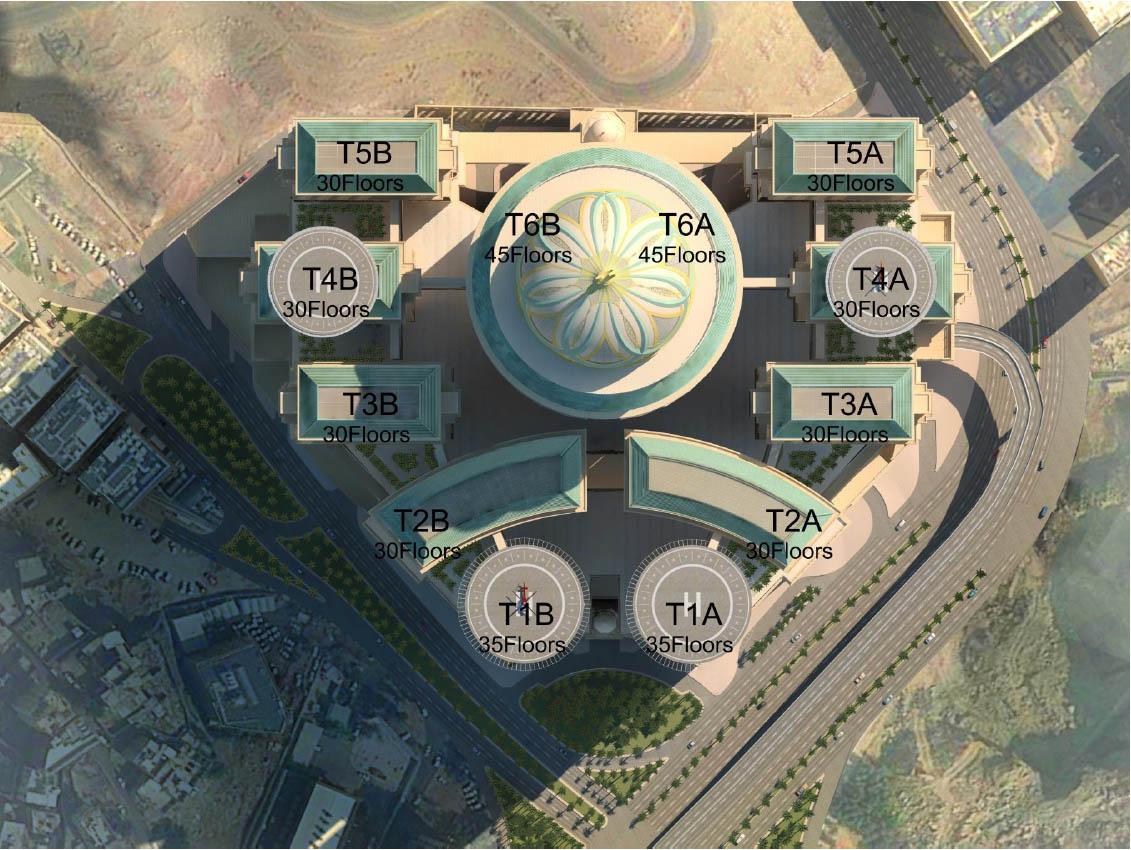