Rumor Has it, Ponte Vecchio still stands thanks to Hitler 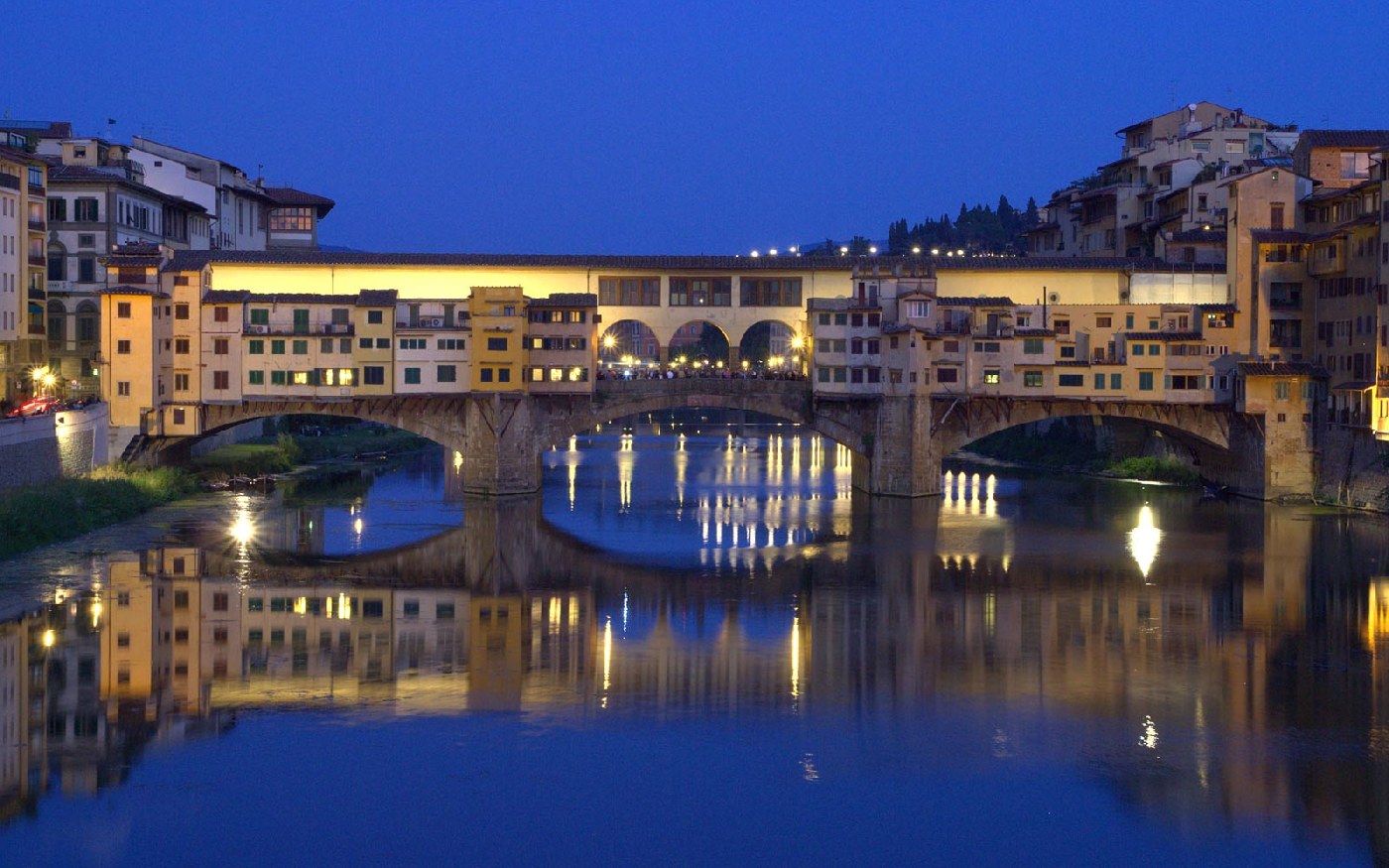 With a name that means “Old Bridge”, Ponte Vecchio has sure managed to withstand the test of time. The current bridge in Florence was built in 1345, but there are documents that mention the bridge dating back to 996. What is specific about Ponte Vecchio is that the bridge is one of the few bridges in the world that still has shops on it. Ponte Vecchio is the first bridge built on the Arno River, and has been used for crossing the Arno river by tourists and citizens of Florence for years. Nowadays, it is tagged as one of the most famous places not just in Florence, but in Italy.

According to the legend, nearly 500 years after the bridge was built, Benito Mussolini invited Hitler to be his guest of honor to visit Florence and enjoy the view from the corridor built for the Grand Duke. Hitler visited Florence on May 9, 1938. What Mussolini did was to create one large viewing gallery for the Fuhrer, by transforming the three windows in the center of the bridge into one big gallery. Mesmerized by the view, Hitler ordered his forces to spare Ponte Vecchio when the Nazi forces were bombing all bridges in Florence to slow down the Allies in 1944.

- Aside from Hitler, Ponte Vecchio had its fair share of enemies and problems through the years. Its survival instinct has the bridge the name “The Bridge that Wouldn’t Die”. There have been many bridges built by the Romans in wood and stone over the Arno River, but Ponte Vecchio is the only one that withstand the powerful floods. The current version of Ponte Vecchio was designed in 1345 by Taddeo Gaddi, an architect and a painter. In a way to improve the survival of the bridge, Gaddi used lower and wider arches, which allowed the designer to install fewer pillars at the bridge. The result is evident, the water and debris can flow freely under the bridge.

- The Bridge of Rich and Famous is another name you might find for Ponte Vecchio, as the bridge served as a walkway for rich and famous people during medieval times. It was Cosimo I de’Medici, the Grand Duke of Tuscany was the one responsible for popularization of the bridge. He moved into the Pitti palace which was located on the south side of the Arno River, so he had to walk across the bridge. Because he was afraid of the masses, the Duke hired an architect to design a corridor which could serve for the Duke to cross the river. The corridor is still intact, and aside from the Duke, other rich and famous people walked across it.

- The Grand Duke is responsible for one more change at the Ponte Vecchio. He didn’t like the idea of walking across all those butcher shops, so he ordered the butchers to leave the bridge. Instead, he invited goldsmiths and other smiths to join and populate the shops on the bridge.

- Few people know it, but it is actually illegal to attach a padlock to the fence at the bridge. Most padlocks on Ponte Vecchio are attached to the fence that surrounds the statue of Benvenuti Celline. The tradition of putting padlocks symbolizes eternal love. Even though the city of Florence has issued a €160 fine for anyone attaching padlocks, young couples and lovers are still doing it.

The 1333 flood was not the only one that destroyed the bridge. Ponte Vecchio’s history goes back to 996, appearing in a document. In 1117 the bridge was destroyed by a flood for the first time, but it was reconstructed in stone.

The only remaining pieces from the old bridge are the central piers that survived the 1333 flood.

Ponte Vecchio consists of three segmental arches, one main and two side arches. The main arches has a span of 98 feet, while the side arches span 89 feet.

Nowadays, the Bridge attracts a large number of tourists not just because of its beauty, but its history and tradition as well. The bridge is famous for its many jewelry shops where you can find great deals.

Once you get midway through the bridge, you are at the best place to view the Arno River and the Tuscan houses that spread across the shore.

Many tourists love to visit the bridge at sunset, since there is a lot less crowd, but the view is more picturesque thanks to the city lights illuminating the bridge and the view from it.

During sunset, the bridge is also home for musicians and buskers that are there to entertain tourists. If you want to take a good picture of the Bridge, visit Ponte alla Grazie and Ponte Santa Trinita.