Ruby Bridges – How She Fought Racism 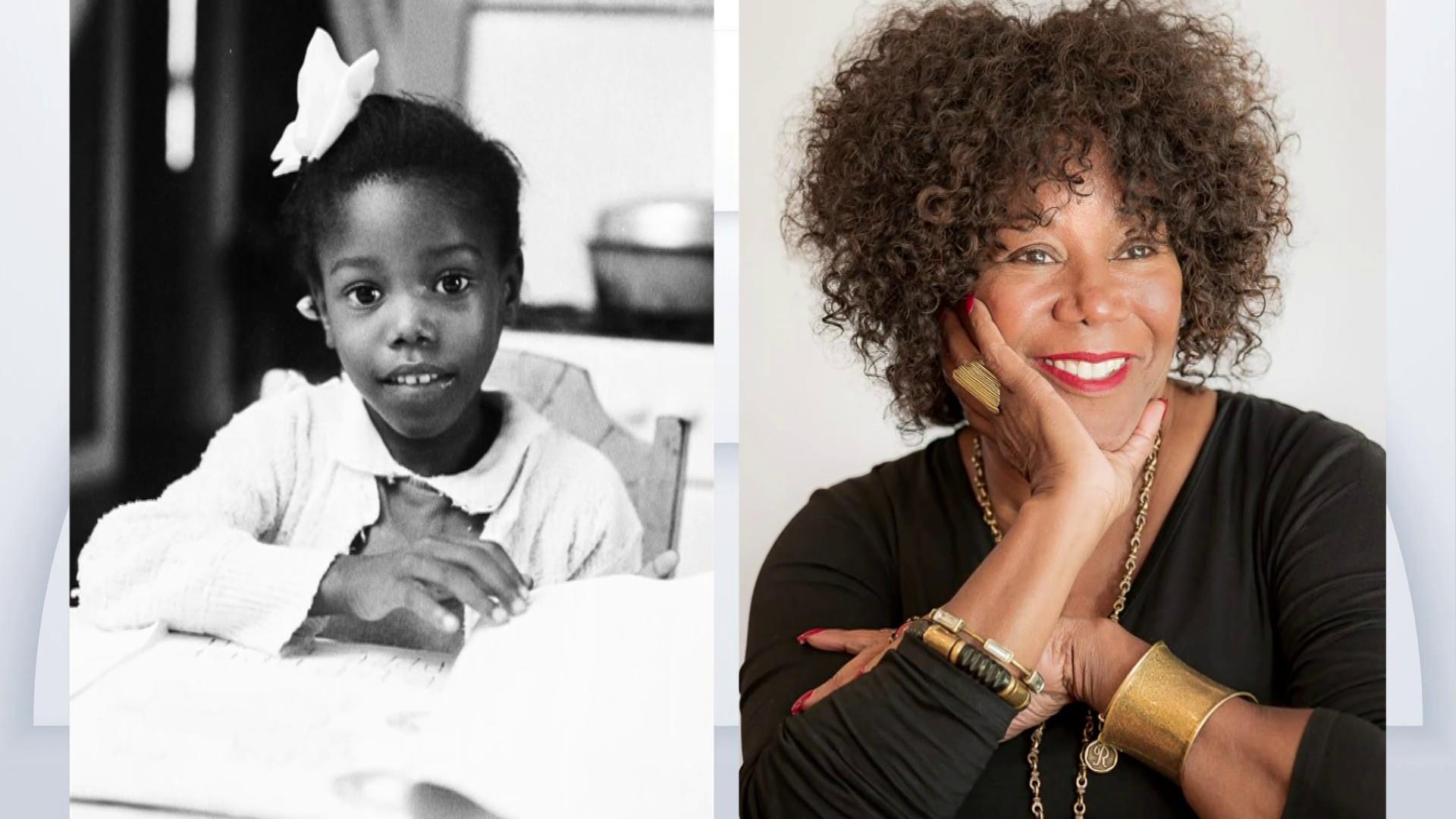 For many of us nowadays, going to school doesn’t seem like a big deal. Millions of kids in America do it every day. But in 1960, one young girl’s trip to school became a historic moment in American History. That young girl is Ruby Bridges

For many of us nowadays, going to school doesn’t seem like a big deal. Millions of kids in America do it every day. But in 1960, one young girl’s trip to school became a historic moment in American History. That young girl is Ruby Bridges.
She was one of the first African American children to attend a previously white-only elementary school in Louisiana. At the time, restaurants, schools, businesses, and other parts of the community were segregated.
Ruby made history when at the age of six walked into school one day. She did so in the face of much opposition. Things were so dramatic, that her mother and U.S. marshals had to escort her past the shouts and threats from people who did not want her attending the school.
Today, we remember Ruby as another example of the power children have to stand up for what is right and help bring change.
Born in September 1954, Ruby is an American civil rights activist nowadays. Norman Rockwell made the 1964 painting, The Problem We All Live With as a tribute to Ruby. Here is her story.

Ruby became the first African American child to attend an all-white school. She did it on November 14, 1960, when she came to class to the William Frantz Elementary School in Louisiana during the New Orleans school desegregation crisis. 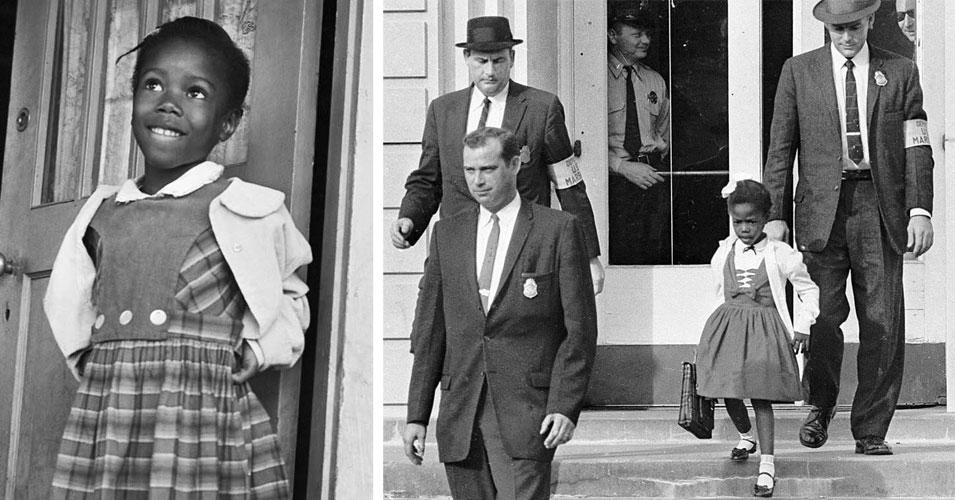 Ruby and her mother were escorted by federal marshals to the school. When they arrived at the school, the marshals walked in front of Ruby. Two in front of her, and two behind her. The image, captured by Norman Rockwell in his painting, is now on display in the White House outside the Oval Office.
The young girl faced blatant racism every day while entering the school. Many parents kept their children at home. People outside threw objects. Police set up barricades. Ruby was threatened. At one point, she was greeted by a woman displaying a black doll in a wooden coffin.
Only one teacher, Barbara Henry, agreed to teach Ruby. She was the only student in Barbara’s class because all the other children had been pulled out by their parents.
Ruby was not allowed to go to the cafeteria or outside for recess with the other students. When Ruby needed to use the restroom, she was escorted by a federal marshal. Her family faced discrimination as well.
But as the year went on, many families began to send their children back to school. The protests stopped. At the time, her parents were torn about whether to let her attend the school or not. Her father resisted, fearing for his daughter’s safety. But her mother wanted Ruby to have educational opportunities. Ruby’s parents were denied those educational opportunities.
It is worth mentioning that some families supported Ruby and her bravery. Some northerners sent money to aid her family. But there were also those who protested throughout the city.
The courage of the Bridges family came at a high price. Abon, her father, lost his job. The grocery stores refused to sell to Lucille, her mother. Her share-cropping grandparents were evicted from the farm they had lived for more than 20 years.

But things changed for the better. Many years later, Ruby’s four nieces would also attend the school. During her second year at William Frantz Elementary, Ruby no longer needed federal marshals to escort her. She walked to school on her own and was in a classroom with other students.

- Ruby’s parents and grandparents were sharecroppers in Mississippi before the family decided to move to New Orleans in search of better opportunity
- Ruby shared a bedroom with her younger sister and two younger brothers
- One of the marshals escorting Ruby said, “She showed a lot of courage. She never cried. She didn’t whimper. She just marched along like a little soldier, and we’re all very, very proud of her”
- Ruby and her teacher Mrs. Henry became good friends during their first year in school
- Following her graduation, Ruby worked as a travel agent for fifteen years

On July 15, 2011, Ruby met then-president Barack Obama at the White House. Looking at the Norman Rockwell painting, the President told her, “I think it’s fair to say that if it hadn’t been for you guys, I might not be here and we wouldn’t be looking at this together”. 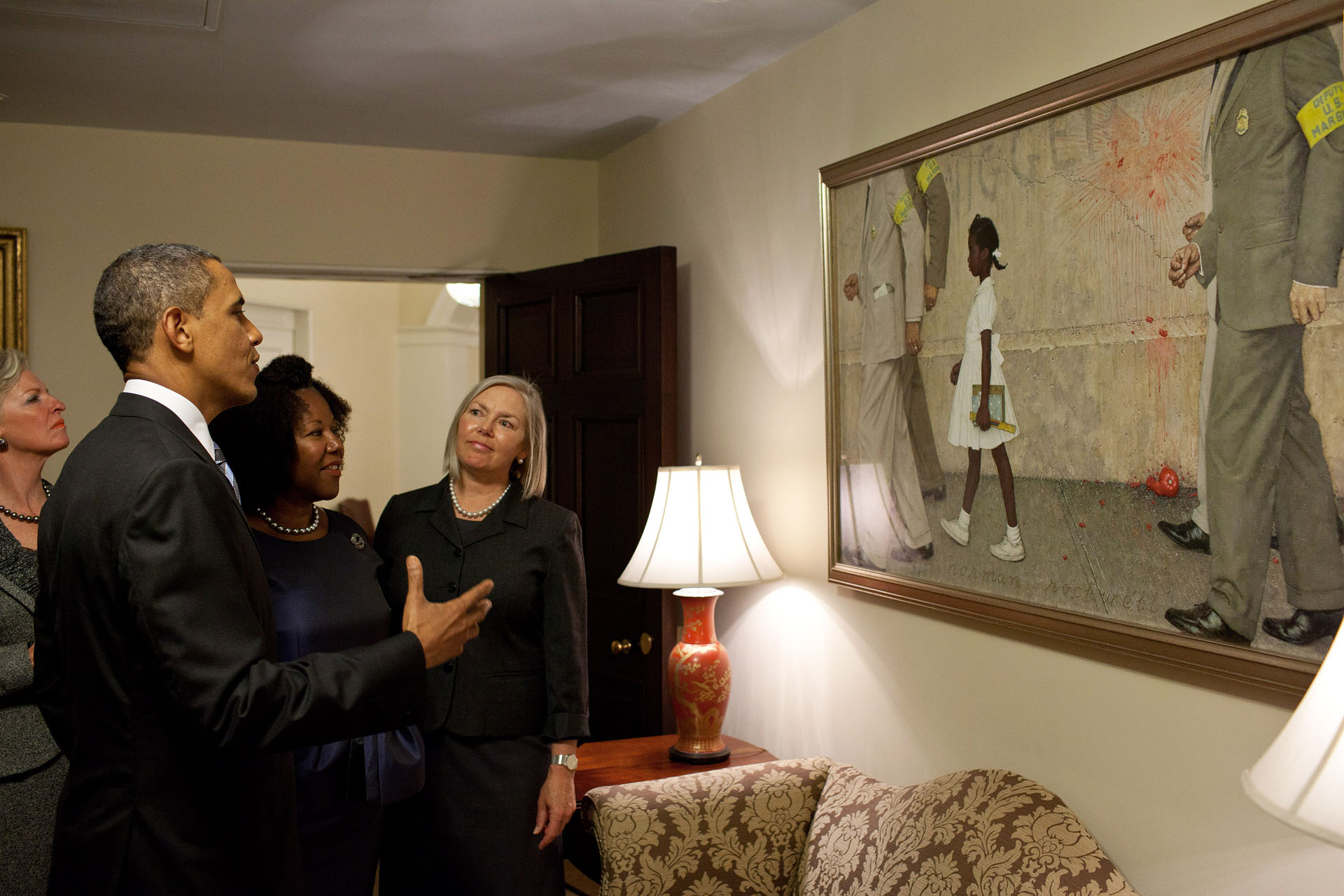 Ruby continued working as a civil rights activist through her life. In 1999, she formed the Ruby Bridges Foundation in New Orleans, promoting tolerance, respect, and appreciation of people’s difference. The foundation wants to end racism through education.
Ruby, now called Ruby Bridges Hall, still lives in New Orleans with her husband, Malcolm Hall and their four sons.
Her struggle during school were portrayed in the 1998 made-for-TV movie, Ruby Bridges. Chaz Money portrayed the young Bridges. 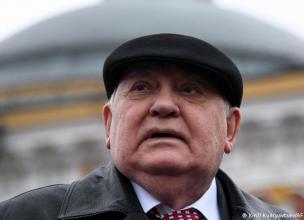