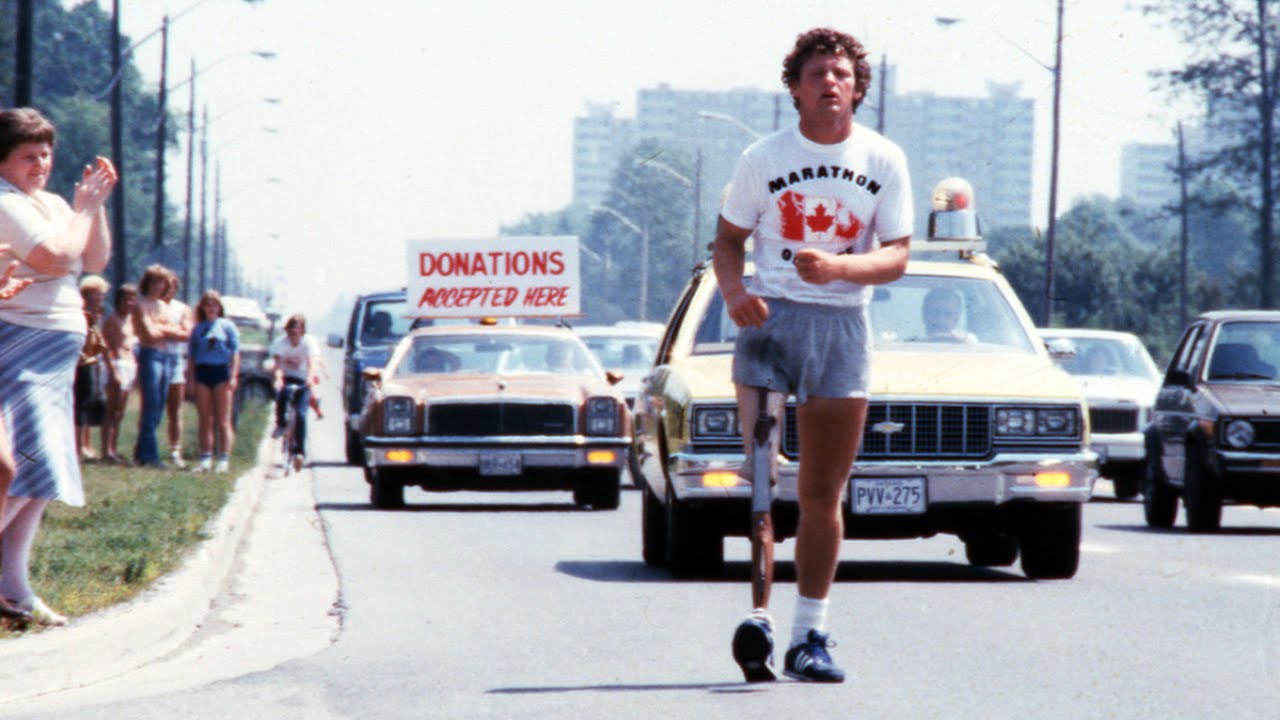 Fox started a journey after his leg was amputated due to cancer. By the end of his run, he ran more than halfway across Canada, or in number, a total of 3,339 miles, 143 days, and raising $23 million for research

35 years ago, the world lost one of the greatest inspirations to date, Terry Fox. At the young age of 21 years, Terry lost his leg to cancer. His right leg was amputated due to cancer, and Terry was facing the inevitable death. But the young Terry was not going to give up. Well aware that cancer research needed money at the time, he set an impossible goal: run 5,300 miles in an effort to raise money for cancer research, so that future generations will be able to fight off the disease.

Nowadays, Terry Fox is remembered as the most influential distance runner of all time. And without going deep into biographies, feature movies and documentaries, let’s take a look back and pay respect to one of the greatest runners of all time.

Preparation for the Marathon

Fox started preparing for the impossible in the fall of 1979, sending a letter to the Canadian Cancer Society on October 15. In the letter, he announced his goal, and asked for funding. In his first paragraph, Terry openly said “that he would conquer his disability”, promising to complete the run, no matter the obstacles and circumstances. Terry was determined to finish the goal, even if he “had to crawl every last mile”.

Fox mentioned his personal experience in a way to appeal to the Society. He wrote:

I soon realized that that would only be half my quest, for as I went through the 16 months of the physically and emotionally draining ordeal of chemotherapy, I was rudely awakened by the feelings that surrounded and coursed through the cancer clinic. There were faces with the brave smiles, and the ones who had given up smiling. There were feelings of hopeful denial, and the feelings of despair. My quest would not be a selfish one. I could not leave knowing these faces and feelings would still exist, even though I would be set free from mine. Somewhere the hurting must stop....and I was determined to take myself to the limit for this cause.

Of course, Terry never promised that his Marathon for Hope will eventually result in a cure for cancer, but finished the letter asking for help.

After he appealed to the Cancer Society, Fox made other valuable preparation measurements, finding sponsors, getting a medical certificate from a heart specialist claiming that his “heart will survive” and that he “is fit to attempt the run”. Doctors warned him of his condition, a “left ventricular hypertrophy”, but endorsed his goal.

Fox then asked help in terms of gear, like vehicle, running shoes and costs of the run. He got his van from Ford, his shoes from Adidas, and costs from Imperial Oil. It is important to note that Fox turned down endorsements and donations that were carrying conditions. He was determined that nobody is going to profit from his run.

The Marathon of Hope

On April 12, 1980, Fox started his marathon dipping his right leg in the Atlantic Ocean near St.John. He filled two bottles with ocean water. His initial goal was to keep one of the bottles as a souvenir, and pour the other back into the ocean when the run is over at Victoria, British Columbia.

For 143 days, 21-year old Terry Fox was waking up at 4am, run 12 miles, rest, and then run 14 miles in the afternoon. In other words, he was running a marathon each and every day.

By the end of June, Fox had run one third of the journey, but the money were not coming in. But then he caught the attention of Isadore Sharp, a CEO of Four Seasons Hotel, who lost a son to melanoma. He pledged $2 to every Mile that Fox runs, and helped find 1,000 other corporations that will do the same. On Canada Day, Fox was visited by the Cancer Society in Ottawa. In Ottawa, he also performed a ceremonial kick-off at a Canadian football game.

By the middle of July, on 11th of July to be precise, Fox arrived in Toronto, where he was greet by 10,000 Canadians. Fox never took a day off, even on his 22th birthday. He only took few days of rest in Montreal at the request of the Society.

During the run, Fox was challenged with cysts on his stump, dizzy spells, soreness in ankles, stress fracture, and much more. But he continued to run, even after suffering a stress fracture, he ran for three more days before seeking medical help. During the entire run, Fox refused medical attention, and never worried that he is putting his future health at risk.

By the end of his run, he ran more than halfway across Canada, or in number, a total of 3,339 miles, 143 days, and raising $23 million for research. He stopped because the cancer has spread to his lungs. He died on June 28, 1981 at the age of 22, just a month short before his birthday.

The biggest gain and benefit is that Fox managed to inspire hope among people, especially among cancer patients. But he also raised lots of money for cancer research, not just with his run, but inspiring others to continue his legacy.

Since the death of Terry Fox, every year, on Sunday day in September, marathons named “Terry Fox Run” are organized in more than 4,000 venues. In the first year, the foundation raised $3.5 million.

In total, the foundation has raised more than $500 million. In the first year, more than 300,000 people took part in the run. The next year, schools across the country joined the run. Therefore, September 19, the day that the marathon was held grew into an international event known as National Schools Run Day.

Personal Triumphs
Meet Betty Cohen – The Woman who made the 90’s Awesome
Betty Cohen founded Cartoon Network in 1992, and she brought some of our favorite cartoons to life
Benjamin Franklin the Inventor
Between running a print shop, starting the first lending library in America, engineering the postal system, and helping ...
Seven People who should have won Nobel Peace Prize, but didn't
Chemistry, Physiology, Literature, Physics, and Peace are the five Nobel, but the Peace is the most coveted, the most si...
Michael Jordan, the Stories Proving he is not a Human
It’s been almost 20 years after his retirement (not counting the Wizards years), and yet we have yet to see a player d...