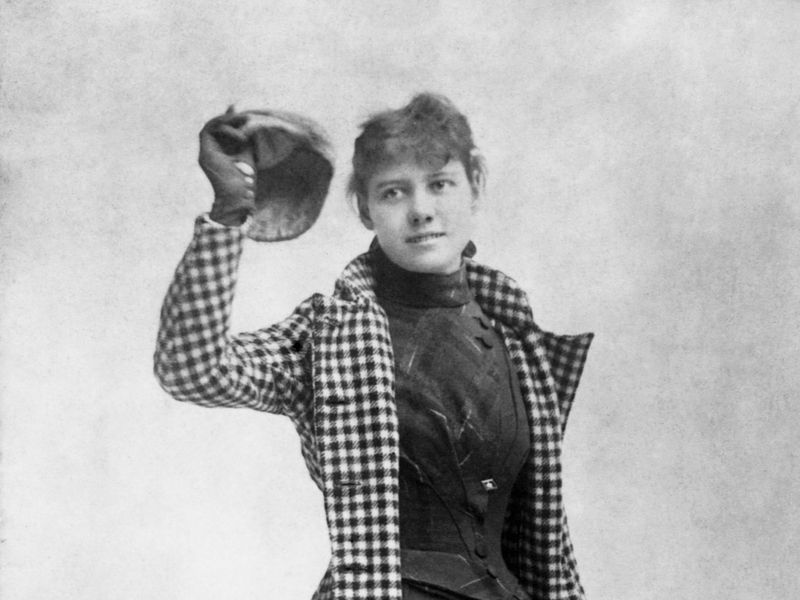 When you think of an award for journalism, you think of the Pulitzer Prize. The award got its name thanks to Joseph J. Pulitzer, a newspaper publisher who introduced the techniques of yellow journalism in the 1880s. But other names deserve some recognition among the journalism world. One of those is Nellie Bly, a woman many consider the founder of investigative journalism. Fun fact: She worked in the newspapers of Joseph Pulitzer, who was her superior.

The beginning of investigative journalism

Bly began her investigative journalism career by writing on the lives of working women. She started with a series of articles on women factory workers. But because the newspaper received complains due to her work, she was reassigned to another section of the newspaper, and obliged to write about fashion, gardening, society, and much more. Disappointed, Nellie traveled to Mexico, where she spent six months as a foreign correspondent at only 21 years old.

But her big break was in 1887. Then 23 years old, Nellie was burdened with theater and arts reporting. She went to New York where she wanted to work for the New York World, a newspaper owned by Joseph Pulitzer. She walked into his office with an idea to work as an undercover agent. She took an assignment for which she agreed to feign insanity and investigate reports of brutality and neglect at the Women’s Lunatic Asylum on Blackwell’s Island.

She experienced the deplorable conditions firsthand. She spent  10 days there, and after that wrote an article and published a book called “Ten Days in a Mad House”. The book caused a sensation, and prompted the asylum to implement reforms.

The result of Nellie’s work was a grand jury investigation, and ultimately, reforms and funding for the treatment of people with mental illness. The New York Evening Journal, called Nellie “the best reporter in America”.The report brought Nellie lasting fame, becoming one of the first investigative journalists to take such an inspiring assignment.

Nellie followed her investigative journalism assignment with similar work. She wrote editorials detailing the improper treatment of individuals in New York jails and factories, as well as corruption in the state legislature. She interviewed and wrote on prominent figures of the time, like Susan B. Anthony and Emma Goldman.

The Trip Around the World

Inspired by the book “Around the World in Eighty Days”, Bly wanted to try the trip again. Her assignment was to travel the world and write about it.

She was given a green light by the New York World, and she started her journey from Hoboken, New Jersey in November 1889. She traveled by ship, horse, rickshaw, sampan, burro, and other vehicles.

Nellie completed her trip in 72 days, 6 hours, 11 minutes, and 14 seconds. At the time, it was a world record. Her record was beaten in 1890 by George Francis Train, who needed 67 days to complete the trip.

Her month’s long stunt earned her an international stardom.