Peyton Randolph, The Forgotten First President of the US 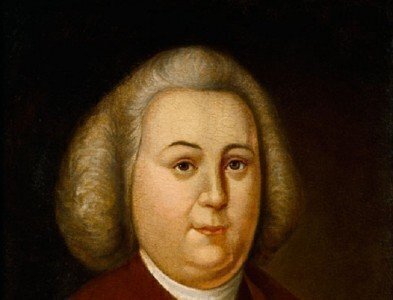 Peyton Randolph served as the first president of the Continental Congress. He had far less power than the post-independence president, but he was the de facto leader of the United States in the rebellion against the King

Born in Tazewell Hall, Williamsburg, Virginia to a prominent family, he was 15 when his father died. Randolph attended the College of William & Mary and then studied law at Middle Temple at the Inns of Court in London. He became a member of the bar in 1743 and then spent his adulthood in Williamsburg.
After returning to Williamsburg, he got appointed as Attorney General of the Colony of Virginia. From 1748, he began serving several terms in the Virginia House of Burgesses, working in dual role as attorney general and burgess. That would lead to an extraordinary conflict of interest in 1751.
In 1766, he resigned as attorney general just when fellow Burgesses elected him as their Speaker upon the death of his relative, Speaker John Robinson. 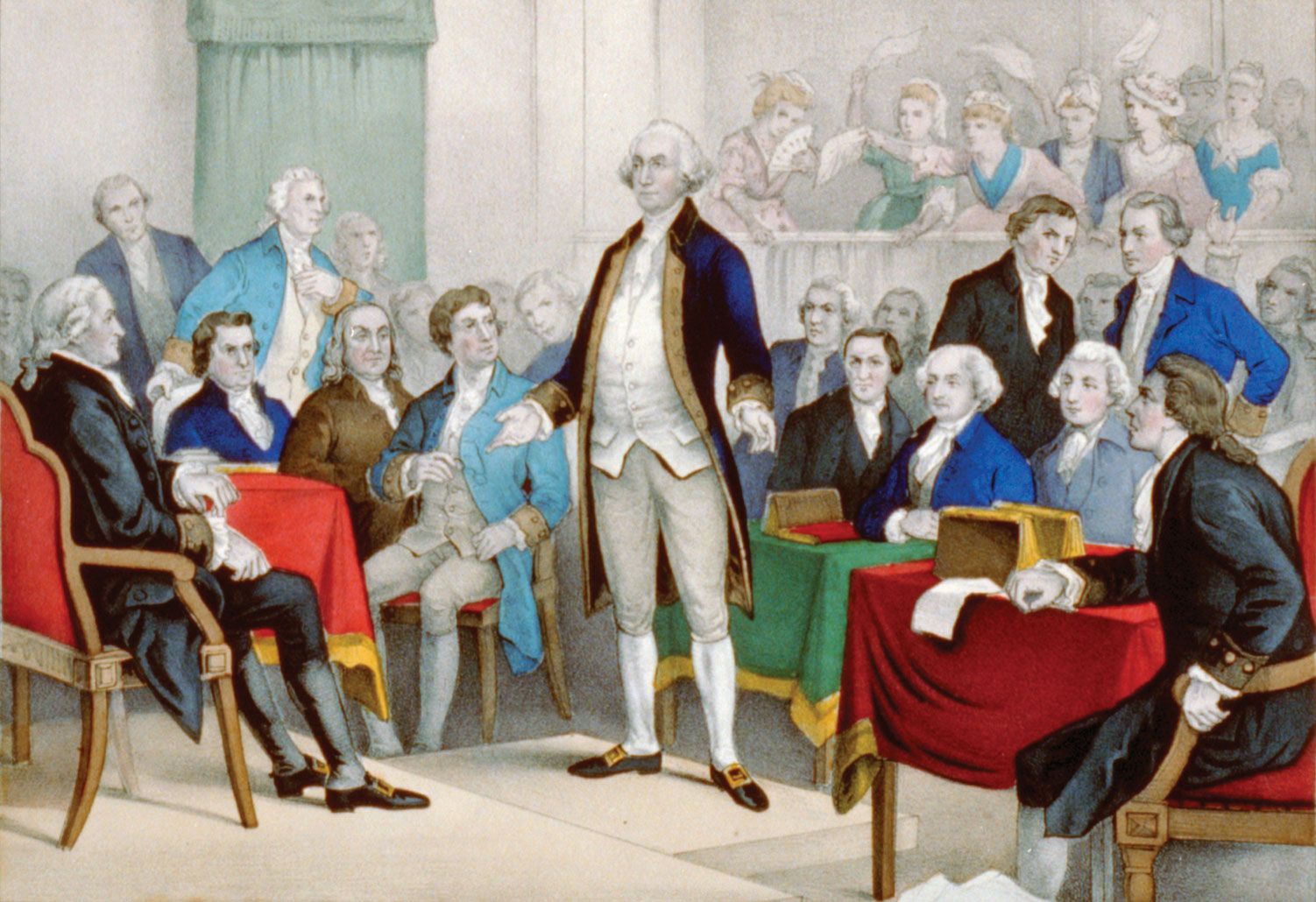 During the friction between Britain and the colonies, Randolph grew to favor independence. On March 21, 1775, he was president of the Second Virginia Convention in Richmond that debated independence. In April the same year, he negotiated with Lord Dunmore for a gunpowder remover from the Williamsburg arsenal during the Gunpowder Incident.
In 1755, the House of Burgesses was called back by Lord Dunmore in June to address British Prime Minister Lord North’s Conciliatory Resolution. Randolph, a delegate at the Congress, returned to Williamsburg to take his place as Speaker.
He served as the last Speaker of the House of Burgesses, because their role was replaced by the Virginia Conventions and later the House of Delegates in 1776. He also served as president of the Third Virginia Convention in July 1775.
During the first and second Continental Congress, Randolph served as president (Speaker). At the first Congress, they requested that King George III repeal the Coercive Acts. At the Second Congress, they extended the Olive Branch Petition as a final attempt at reconciliation.

Randolph was among those who opposed the radical response to the Stamp Act. He played a moderating and cautious role during the pre-Revolutionary disputes with England and the King. But nobody can question his patriotism.
Over time, Peyton became more radical. By 1773, he served as chairman of the Virginia Committee of Correspondence. In 1774, he led seven Virginia delegates to the first session of the Continental Congress. He was elected president of the Congress. He suffered a stroke in 1775, after which he died. John Hancock, a far more radical politician, succeeded him as president. 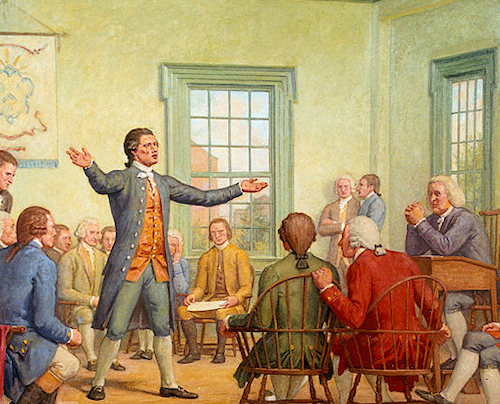 While many believe he was not as radical as he should have been, the British actually placed Randolph on their death list for being a radical. And at the same time, his biggest critic, Patrick Henry, said he wasn’t radical enough.
He didn’t live to see the Declaration of Independence come alive, but he played a key role in the formation of the Continental Congress. Randolph started the custom of opening Congress with a prayer.

Records show that he was ill in early 1775, leading to Jefferson assuming his role at the Congress. He was part of a political dynasty in Virginia including other Randolphs, Jefferson, and members of the Lee family.
The Continental Congress honored him by naming one of the first naval frigates as the USS Randolph, and naming a lot of junction of the Ohio and Kanawha Rivers as Fort Randolph.

In World War II, the early Essex-class aircraft carrier USS Randolph (CV-15) was named for him. In 1970, the Peyton Randolph House in Colonial Williamsburg was declared a National Historic Landmark.