Mount Meru - The underrated coveted prize of the Himalayas 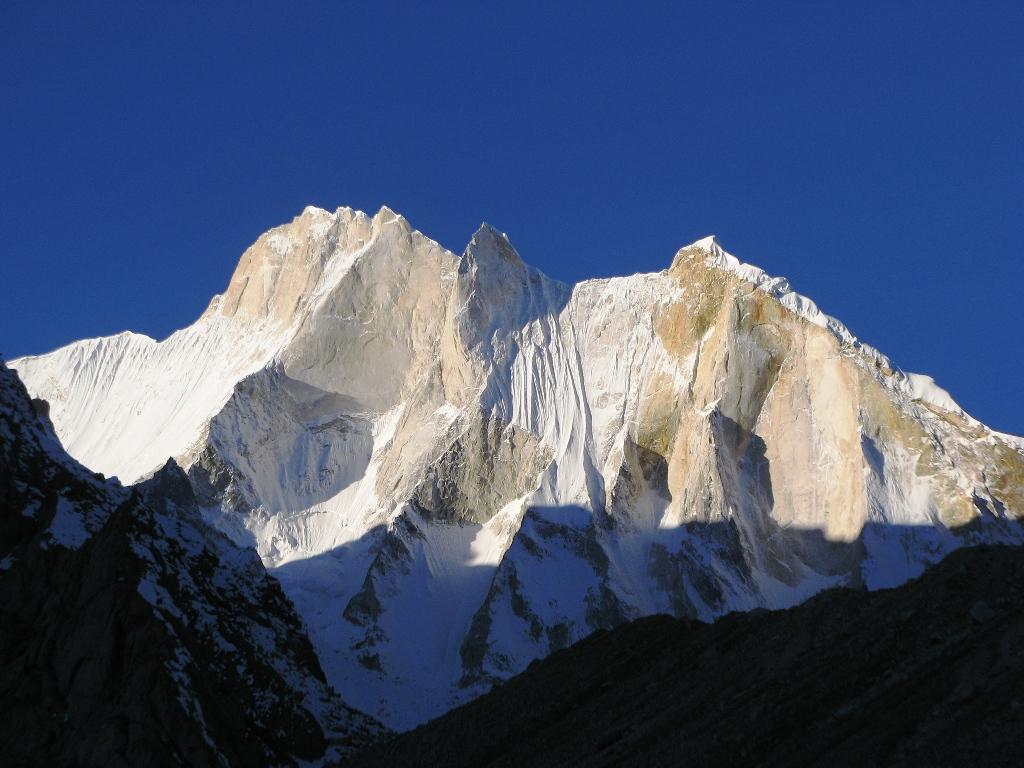 The main reason Meru is known as the Anti-Everest is that few people within the climbing community, and almost nobody outside of it know about it. And unlike Everest, Meru peak is more of a high-altitude and big wall climbing. There are almost no places on the mountain where you can put a tent down

When people mention Mount Meru, few think of Meru peak, which is one of the hardest routes for climbing in the world. Many mistaken Mount Meru with the mountain Meru in Tanzania which is one of the ten highest mountains in the world. Meru Peak, on the other hand, is one of the highest peaks in the Himalayan area. The Meru Peak is home to the Shark’s Fin route, one of the hardest to climb in the world. The Fin route is the central peak of the Meru Peak, rising high up to 6309 meters. The two other are the southern (6660m high) and the northern peak (6450m high). The two higher routes were climbed earlier, while the central route was finally conquered by climbers in 2001 by Valery Babanov. The Shark’s fin was first climbed in October 2011. One of the reasons why people forget about the Meru Peak is Everest, the highest point on Earth, located 8848 meters high in the Himalayas.

A new view to the trek

One of the hardest climbs on the planet is located at Mount Meru. The Shark’s Fin is a spot few climbers in the world have managed to reach, and a new documentary called “Meru” shows the trekking experience from the eyes of a climber.

Jimmy Chin, who is a director, managed to climb the Fin in 2011. The documentary, that is bound to be released soon, looks at the Mountain and the climb from the eyes of the climber. Chin was accompanied by Conrad Anker and Renan Ozturk. Those three were the first to climb Shark’s fin.

Mount Meru, or Meru Peak has been classified as the Anti-Everest in the documentary movie “Meru”. According to the director Jimmy Chin, who has been on Everest four times and climbed the highest peak on the Earth two times, Meru peak is very different experience.

Meru is a great challenge for both big wall and alpine climbing, and few people have heard of the spot. The main reason Meru is known as the Anti-Everest is that few people within the climbing community, and almost nobody outside of it know about it. And unlike Everest, Meru peak is more of a high-altitude and big wall climbing. There are almost no places on the mountain where you can put a tent down.

Another key difference is that climbing Meru requires a small team since you cannot place tent on many spots. Climbing Everest can be done with a big team, with a giant Sherpa team assigned to put the ropes up. Climbers on Meru need to carry everything they need on their back.

In 2006, a couple from Australia set the record for the highest base jump in the world. After 22 days, Glenn Singleman and Heather Swan, wearing “wing suits”, launched from a 6604 meters high precipice on the Meru Peak.

Both Glenn and Heather are in their 40s, and they reached the point with an expedition of six other climbers and nine porters. The couple managed to cover just 50 meters per day on icy slopes, with temperatures going to -20.

BASE jumping is an activity where participants jump from fixed objects after which they launch a parachute to break the fall.

According to Buddhist mythology, Mount Peru is the place on Earth where hell and paradise meet. The sacred golden mountain is described as the center of the universe with the supreme gods of Hinduism residing at the top of the mountain. Siva, Vishnu, Brahma and all the Devas reside at the top of Meru.

In the ancient texts, the Mount Meru is described as a mountain that is more than 1,000,000 tall, gold in color, with allegory to the richness and wealth of the mountain. There are different types of heaven, depending of the height. While the outside levels of the mountain correspond with heavens, the inside of the mountain, which is inside the Earth, correspond with different levels of hells. In ancient mythology, Mount Meru is guarded by four Celestial Guardians, defending the world by keeping it safe from the fallen gods. In many ways, Meru is a mimic of the Greek mythology, where Mount Olympus serves as the centerpiece of the battle between Gods and the Titans.

In Buddhist mythology, Mount Meru is surrounded by seven different rings of golden mountains. They are all separated among them by the sea, and each mountain is then separated in four different continents. One of the continents is inhabited by the kingdom of Shambhala.

The ancient mountain found in mythology does not exist in the real world, but actual Mount Peru sure does feels like a mythical place.

Political
Buzludzha Monument – Abandoned UFO Cold War Monument
The cost of the building process was 14,186,000 leva, which equals to $35 million in today’s rates. The monument was ...
Top 5 Most Intelligent Dogs
“Do dogs really think”, “can dogs communicate with us”, “how can we understand our dogs”?
Civil Rights History: Six women you need to know of
Martin Luther King Jr. might be the first synonym for civil rights, but there were some extraordinary women in the movem...
Ten Interesting Facts about Reindeer
Did you know they are the only mammal that can see ultraviolet light? And how the connection to Santa was born?