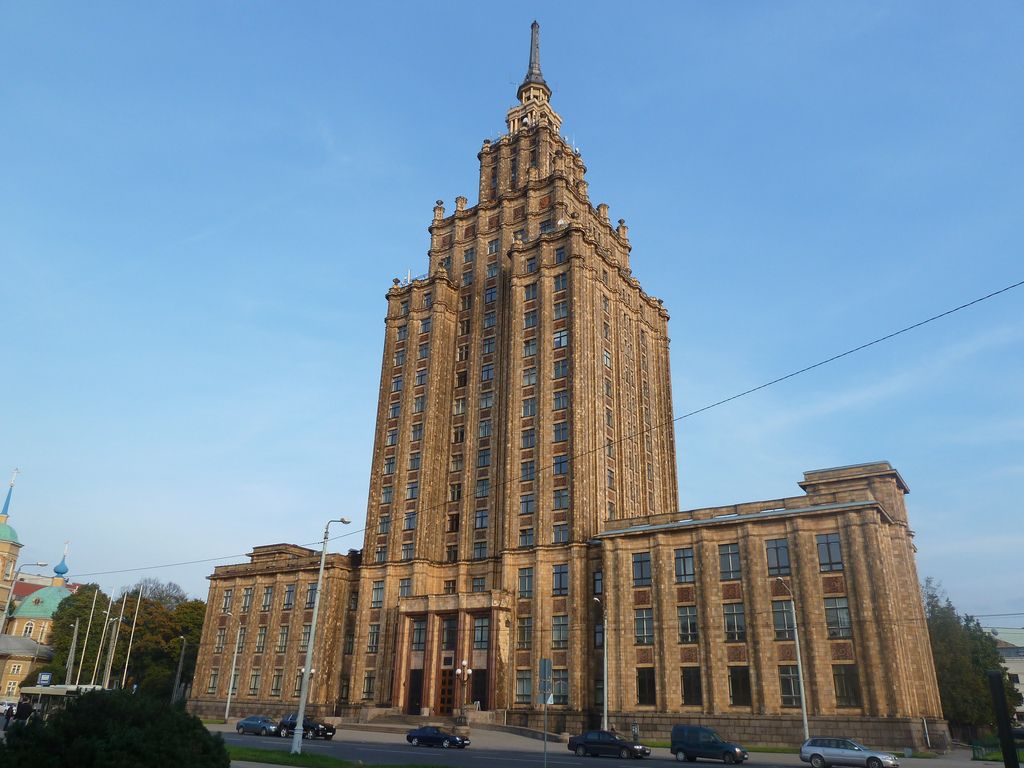 The Academy was originally built as a present to Stalin, and was supposed to be unveiled for his birthday. However, Stalin died, but his present remained

Joseph Stalin is one of the most prominent leaders in history. With such demeanor, Stalin commanded and demanded respect everywhere he showed up. During his time as a leader of the Soviet Union, Stalin made sure that he leaves legacy behind. One way that Stalin left something behind for future generations was the buildings. Stalin completely changed the style of buildings in the Soviet Union, to the point that interior decorators and architects had to come up with a term “Stalinist architecture”.

The term, also known as Stalinist Empire Style or Socialist Classicism was given to buildings built during the era of Stalin. His era in architecture lasted from 1933 to 1955. His style in architecture is mostly associated with the socialist realism school of art and architecture. 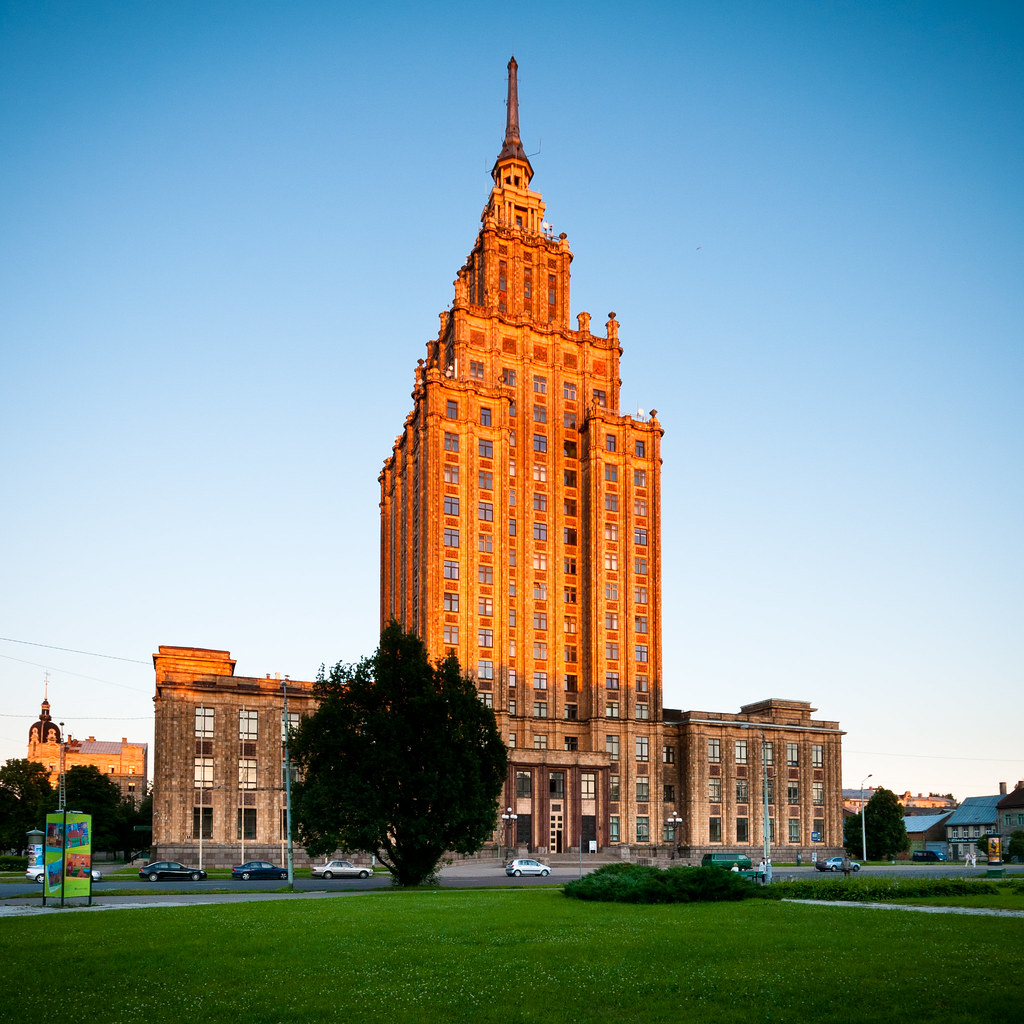 When discussing Stalinist architecture, one must point to the background for emerging of such powerful face and era. Before 1917, the architecture in the country was something of a mix between Russian modern (art nouveau style with Russian touch) and Neoclassical Revival. The first one was characteristic for Moscow, while the latter was more visible in Saint Petersburg. And while most of the buildings from the era of Stalinist Architecture are in Moscow, in the later years, Stalin began expanding his style outside of Russia and Moscow.

The Latvian Academy of Science

The Latvian Academy of Science is widely regarded as the most prominent building representing the Stalinist architecture outside of Russia. The Academy was originally built as a present to Stalin, and was supposed to be unveiled for his birthday. However, Stalin died, but his present remained.

The work on the Academy began after World War II, and lasted up until 1961. In a pure socialist approach, funds for the Academy were collected from kolkhozes in Latvia and later from “voluntary donations”. Just for explanation, voluntary donations actually meant deduction from the salary of rural workers.

The Academy is extremely high (354ft) and decorated sickle and hammer symbols to represent the Soviet era. Additionally, Latvian folk ornaments can be found on the exterior. Originally, the building was supposed to be decorated with a wreath and a five pointed star. The symbol was there up until 1991 when Latvia regained its independence.

When it was finished, Stalin’s birthday cake was actually the tallest building in Latvia and the first skyscraper.

And with a name like Stalin’s birthday cake, how can anyone turn down an opportunity to visit? The building is part of the city tour. There are views of Riga cityscape open for the public from the balcony on the 17th floor. The maximum height visitors can reach for views is 213ft.

Cousin of the Seven Sisters

Built from 1947 to 1953, the family includes Hotel Ukraina, Hilton Moscow Leningradska Hotel, the Kudrinskaya Square Building, the Red Gates Administrative Building, the Ministry of Foreign Affairs, the Kotelnicheskaya Embankment Apartments and the main building of the Moscow State University.

The Seven Sisters in Moscow represent the peak and the farewell of the Stalinist era. Those were the buildings where the Soviet elite studied, worked and lived in the same tie. With two apartment buildings, two hotels, two office buildings and the University, Moscow locals had everything from Stalin. Each of the Seven Sisters is designed in the Stalinist style, but with their own unique characteristics like ceramics, mosaics, sculptures and natural stone ornaments.

Stalinists architecture had one specific feature through the era: eclectic. From the first moment it emerged, Stalinist architecture has been known as architecture for the rich, delivering prestigious buildings in which few could allow to work, study and live. There were attempts to make the architecture more affordable, but not so successful.

The architecture could be divided in two periods. The first one is before the World War II, when Stalinist architecture was an eclectic mix of baroque and classicism with a touch of Russian national traditions as ornaments and embodiments. The second period is the post-war period, when Stalin was forcing more of an empirical style.