​ King John's Lost treasure - will it ever be found? 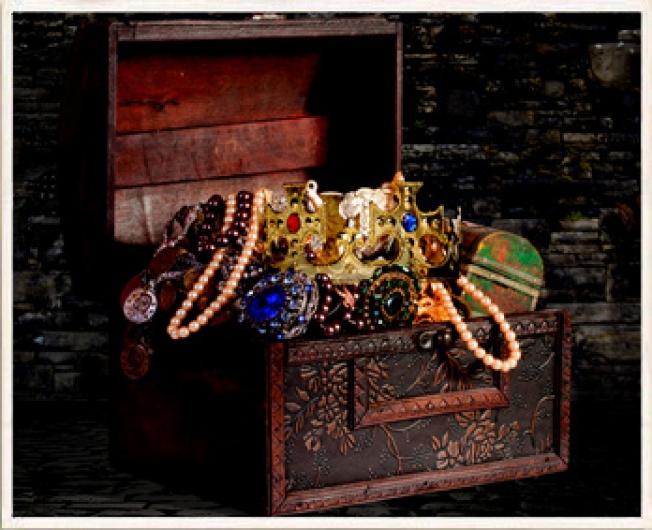 Nowadays, many people around the world, and especially those in Britain remember the name King John as the arch-villain king in the Robin Hood story. He is known as the Bad King John, the one who instituted number of taxes, making the population extremely poor and helpless. But he is also known as one of the richest kings and monarch in the history of Great Britain, and the legend says his treasure was lost and never found. The legend of the King John’s lost treasure is old more than 700 years, and has been told from mouth to mouth since the early XIII century.

The King John’s treasure is considered one of the largest treasures in the world. If you want to get rich, finding the treasure is one of the ways how you can go from zero to hero. The estimated value of the treasure is $70,000,000. The treasure contains crown jewels, silver plates, gold goblets, the sword of Tristram, golden wand with a dove and many, many gold coins. The treasure was lost in 1216 somewhere in Great Britain, and it is yet to be found.

The road to “Neverland”

The story of how King John lost his treasure starts in 1216. John inherited the crown of Britain thanks mostly to the crusades by his brother Richard. But in the autumn of 1216, his powers have sunk and he lost of his lands to the French king. He was forced to sign the Magna Carta, a document that further reduced the power of the king and the Crown.

In October the same year, John arrived in Lynn, one of the cities that he was still appreciated. He started feeling ill while he was in Lynn but he decided to head back to Lincolnshire, a city the King and those around him considered safer. On October 12th, the King tried to cross the Wash, a bay in East England. The bay separates the East Anglia region from Lincolnshire and back in the days, the bay extended much further than today. According to the story, John crossed the bay at Wisbech. However, while the King managed to cross the bay, his baggage train that was carrying the royal treasure, got lost in the tides and the rising waters. John organized a search for his baggage train, but it was never found.

The ill fortune caused John even more stress, and the King was getting sicker and sicker with each passing day. Historians believe he was taken to the monastery in Lincolnshire, a place he spent his last days and died on October 18 at Newark.

Possible locations of the treasure

There are three main theories about where the baggage train was lost and where can historians find it and retrieve the loot.

The first theory that is the traditional view suggests that the train traveled separately from John, and was lost somewhere in the Western side of the Wash. According to the theory, the location of the treasure is somewhere near Sutton Bridge.

The second theory suggests that the baggage train was too precious for John for the King to let it travel alone. Therefore, the baggage was with John, and was lost somewhere between Wisbech and Walsoken.

The third theory points to the region between Walpole and Foul Anchor, a crossing point that was in the north of Wisbech back in the days.

In January this year (2015), archeologist and historian Ben Robinson used modern technology to try and shed new light to the matter. Using a system that is called LIDAR (Light detection and ranging), Robinson has managed to make images that show how the landscape has changed since the disappearance of the treasure. According to the archeologist, the images can be used to create a map that shows the path and the route of King John.

Robinson and his team used an airborne laser that was pointed towards the ground at 167,000 pulses per second. Once laser hits the ground, the beam and the light is reflected towards a sensor on an aircraft. The system helps the historian measure the depth of the ground. The longer it takes for the beam of light to return, the lower the ground underneath it is.

By combining the information from the LIDAR system with GPS data, Robinson managed to make images that help historians get a better view of how the landscape looks now.

We will have to wait and see whether these new images will help historians retrieve the treasure. However, one thing is certain. Technology has advanced to a high degree and can now recreate almost everything, including the route of King John.