Kihnu in Estonia is the Only Island in the world where women have absolute power! 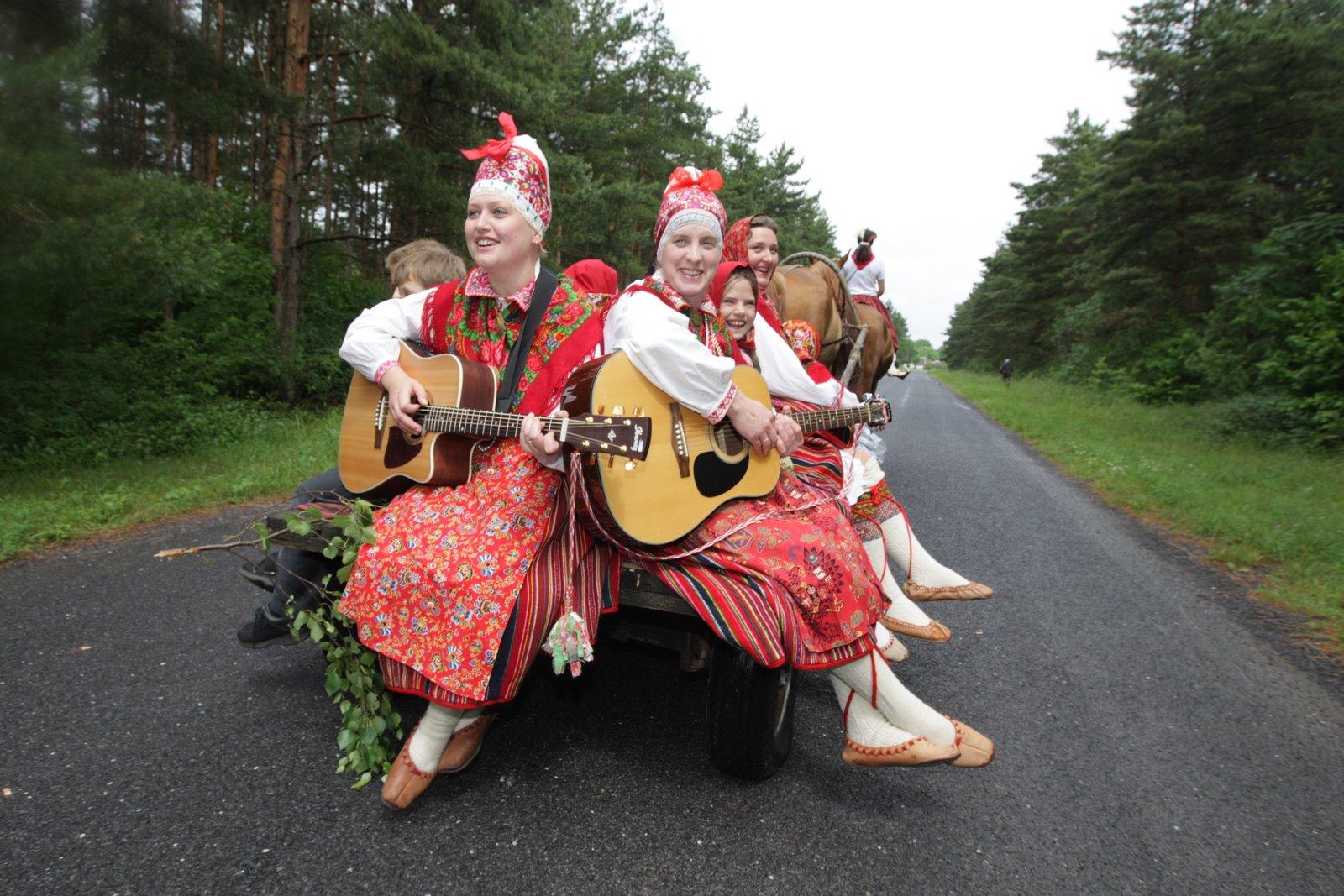 The island is part of the Parnu Country in Estonia, and is part of one of the smallest municipalities in Estonia. Along with other islands in its neighborhood, Kihnu forms the Kihnu Parish. Even though the island is small, it is still the largest in the Gulf of Riga, and the seventh largest in Estonia. The area size of Kihnu is 16,4 km2, with length of 7km and width of 3.3km

Women power is a term often associated with strong women in the Western culture and feministic movements. But on island lost in the Baltic Sea off Estonia’s coast, the term is also figural and metaphorical. Kihnu, a small island in the Baltic Sea, is an island where women have absolute power, as men are mostly focused on fishing and are off to the sea.

The island is part of the Parnu Country in Estonia, and is part of one of the smallest municipalities in Estonia. Along with other islands in its neighborhood, Kihnu forms the Kihnu Parish. Even though the island is small, it is still the largest in the Gulf of Riga, and the seventh largest in Estonia. The area size of Kihnu is 16,4 km2, with length of 7km and width of 3.3km.

What is special about this small island is that it is operated solely by women. There are 604 people living on the island, 69 of whom are school pupils. The four villages of the island are Saare, Lemsi, Rootsikula and Linakula. The reason why women govern the island is simple. From ancient times, men of the island go out to the sea and stay there for months, leaving their wives and children at the island. The survival instinct has forced women to take over control of the island and govern it as best as they can.

Kihnu’s clothes, especially the traditional stripped skirts, mittens and troi are famous in many other countries in the world. In November 2003, UNESCO proclaimed the island as a Masterpiece of the Oral and Intangible Heritage of Humanity. The cultural heritage of the island includes traditions, games, music, dances, handcrafts and clothes. Music is one of the key parts of the tradition on the island. Women on the island sing and dance during religious feats and other type of celebrations. Traditional clothing of the island symbolizes the poems and the legends of the island.

Kihnu can be classified as one of the most interesting and unique places you will ever visit. There is almost no traffic on the island, as bikes are seen as common transport. With one of the most beautiful countryside in the world, Kihnu attracts thousands of people.

Singing is huge part of the tradition on the Island. People there simply love to song, and you can expect to hear songs in the morning when you are waking up or when you are having your morning walk.

National parties are held frequently, during which time people come together and gather around to dance and sing. All of the songs and dances are historical.

Folk traditions are part of the everyday life, so expect to see people dressed up in folk clothes and culture. Children are taught culture and tradition at early days in school. Children are mostly focused on traditional instruments for playing music and the Kihnu dialect which is different than the language used on the mainland in Estonia.

The community center also serves as a museum for the island, and it is the place to be, as people always gather at the center.

Important notes for tourists to know when visiting Kihnu are climate, transportation and accommodation. Starting from climate, it is worth knowing that the climate on the island is soft and warmer due to the surroundings. The Estonian average doesn’t apply for the island.

Transportation is possible via ferry or an airplane. When the sea is frozen, there are flights from the Parnu airport. Schedules change by season. Important information: during winter, the flights are scheduled for only once per day, so make sure to book your ticket in time. When the sea is not frozen, there is a regular boat connection running through the Parnu port. The ferries can also carry cars, so you can take your vehicle with you. Just make sure to book online or via phone.

During holidays, the atmosphere of the island is even better. Important holidays include Christmas, St. Catherine’s Day and Midsummer’s day. There are also bunch of traditional celebrations for which you can mark your calendar.

The island is great not just for visiting cultural places, but also for walking in the nature, fishing or bicycling. For those who want to ride a bike, there are many spots on the island where you can rent a bike.