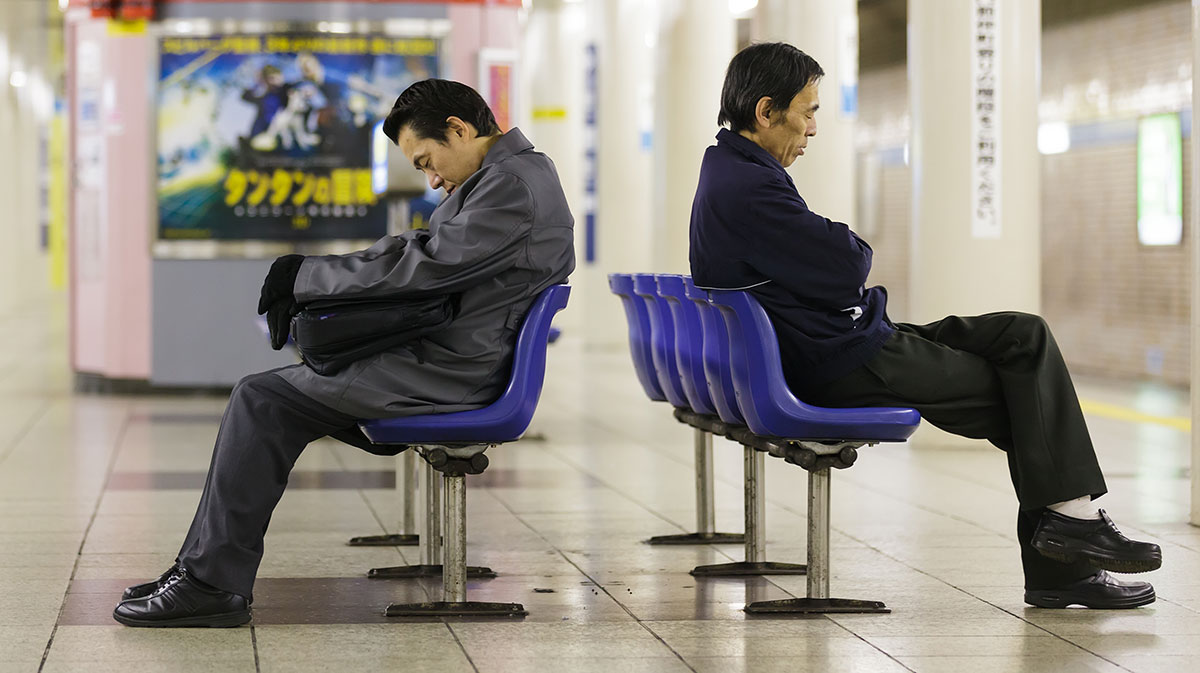 The term first appeared in the early 1970s. The origin of the term can be found in the word “kacho-byo”, which translates to “bosses-disease”T

Japan has a long history and tradition for work and loyalty. And while loyalty and hard work are considered a positive trait, Japan goes a way too far. There is a fine line between productivity and overwork. In case when workers tend to do the latter, they are prone to health issues and negative side effects, sometimes even fatal.

In Japan, there is a word meaning “death due to overwork”. Karoshi is a term used to describe workers “killing themselves off”.

The term first appeared in the early 1970s. The origin of the term can be found in the word “kacho-byo”, which translates to “bosses-disease”.

Back in the 1970s, the term was used to define the psychological and moral ailment of middle managers resulting from stress, worry about promotion, or making it or not. Combine it with the little rest Japanese workers got, and you have a deadly combination.

The first case of karoshi in Japan was reported in 1969. A 29-year old male died in a shipping department of major newspaper company.

The country hasn’t addressed the issue until the late 1980s. At that time, several business executives died in their prime years without any previous signs of illness. The country was forced to look into the issue, even though Japan was reluctant to address it before.

Media attention was huge, and the government began publishing data on karoshi in 1987. The Ministry of Health, Labor, and Welfare, defined karoshi as “a sudden death of any employee who works an average of 65 hours per week for more than 8 weeks”.

Why do Japanese work such long hours?

Non-Japanese people can hardly understand the issue. But the issue of long Japanese working hours is a complex one. There are many facets to it.

In North America, there is also an expectation that Japanese workers will stay late in the office to contact the headquarters in Japan by phone during their office hours. The time lag is a factor. Early evening in North America is the start of the business day in Japan. Japanese workers who are not available for such conversations are viewed negatively by their counterparts in Japan.

How common is karoshi?

For Japanese workers, it is quite common to work long hours. There is no data on how many people die by karoshi through the year. However, it is quite normal to arrive at the office in the morning, and leave at midnight.

To understand how common is karoshi, we can look at another data. And that is working hours. Report from 2016 showed that more than 20% of people in Japan work more than 80 hours of overtime a month. That was a survey of 10,000 Japanese workers. In the US, for comparison, 16.4% of people work an average of 49 hours or longer each week.

How can karoshi be prevented?

Many companies in Japan are trying to address this issue. Toyota, for example, limited overtime to 360 hours per year, which is an average of 30 hours per month. Nissan offers telecommuting for office workers to make it easier for them to care for children. Some offices issue public announcements every hour after 7pm.

In February 2017, the government launched the campaign “Premium Friday”. They asked companies to allow workers to leave at 3pm on the last Friday of the month.

The last initiative was by Microsoft Japan. The company tested a 4 working days week. And it was with huge success, showing increased productivity.

But the problem with unpaid overtime in companies is that overtime is simply not recorded in many cases. And tradition takes a long time to change. In Japan, hard work and overtime as seen as loyalty and devotion to the company.

Business
Jeanne Lanvin – Founder of the Oldest French Fashion House
Her calling card was her robe de style dress. This gown hung straight and narrow on the torso, but then ballooned out wi...
Jesse Livermore – The Pioneer of Stock Trading
At the peak of his fortune, Jesse had a net worth of $100 million. That was back in 1929. In today’s money, that would...
How Rich You Need to Be to Be Considered Wealthy?
According to a poll, Americans say you need an annual income of about $100,000 to be considered rich. In the poll, Ameri...
What is the G20 Summit?
The G20 is an acronym that stands for a group of 20. The G20 is a group of 19 countries plus the European Union, trying ...