Kamikaze – How Effective were they during WWII?

The infamous suicide missions carried out by Japanese pilots were not enough to defeat the US. Still, the kamikaze aircraft presented a new technology war innovation

One of the major turning points during World War II was the Japanese attack on Pearl Harbor. Following that attack, the Americans actively joined the War on the side of the Allied forces. But the conflict between the US and Japan also led to numerous innovations in tactics and technology. One of those were the kamikaze attacks.
The infamous suicide missions carried out by Japanese pilots were not enough to defeat the US. Still, the kamikaze aircraft presented a new technology war innovation.
They were part of Japanese Special Attack Units of military aviators who flew suicide attacks for the Empire of Japan against Allied naval vessels.
They were essentially pilot-guided explosive missiles, purpose-built or converted from conventional aircraft. Pilots would attempt to crash them into enemy ships in what was called body attack in planes with bombs, torpedoes, and other explosives. 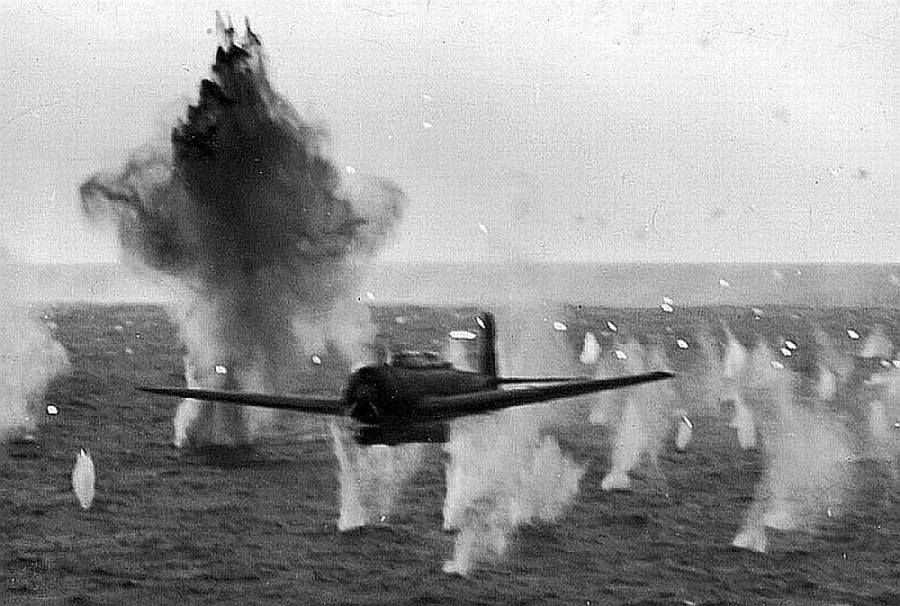 According to statistics, only 19% of kamikaze attacks were successful. The Japanese considered the goal of damaging or sinking large Allied ships enough reason for a suicide attack. In their mind, the kamikaze were more accurate than conventional attacks and caused more damage.
Today, we will look at a couple of facts about kamikaze aircraft.

Meaning of the word

Kamikaze means “Divine wind” from Japanese to English. Nowadays, the phrase is associated with the deadly suicide pilots of WW2. But the origin of the phrase is much older.
The concept of the Divine Wind comes from a 13th Century typhoon that wrecked a Mongolian fleet, saving Japan from an imminent invasion.
At the time, it was seen as the work of the Gods, hearing and answering the prayers of the Japanese Emperor.

As we mentioned before, most kamikaze attacks missed their target. According to US statistics, only between 14% and 19% of kamikaze attacks managed to hit a ship.
Many were shot down before they could get close to the ships they attempted to damages. Some missed the target because of pilots’ error. 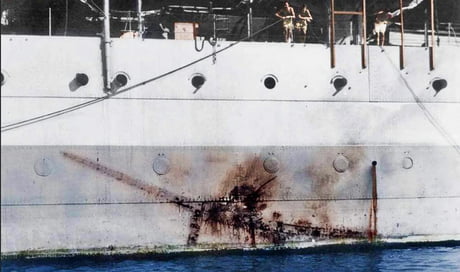 Yet, even with the poor success rate, the Kamikaze pilots earned themselves a place in history as one of the most dangerous weapons from World War II on the Japanese side. The Japanese sank at least 47 Allied ships and damaged more than 300.

Masafumi Arima, the mind behind the Kamikaze strategy

Masafumi Arima is credited for inventing the tactic of the kamikaze attacks. He was a pilot himself and an Imperial Japanese Navy Admiral during WWII.
What happened? Before an attack on a US Aircraft carrier, he took off all symbols and insignia of his rank and informed the men under his command that he did not intend to come back alive.
Historians claim he didn’t actually hit the target, and no damage was reported to the American ships in the area. Yet, he was never seen again. Following his death, he earned the rank of vice admiral.

The kamikaze suicidal strategy the Japanese employed during World War II was seen before. In fact, the last-resort Banzai charges on the Marshall and the Gilbert Islands had already exhibited the Japanese soldiers willingness to face death for their nation. 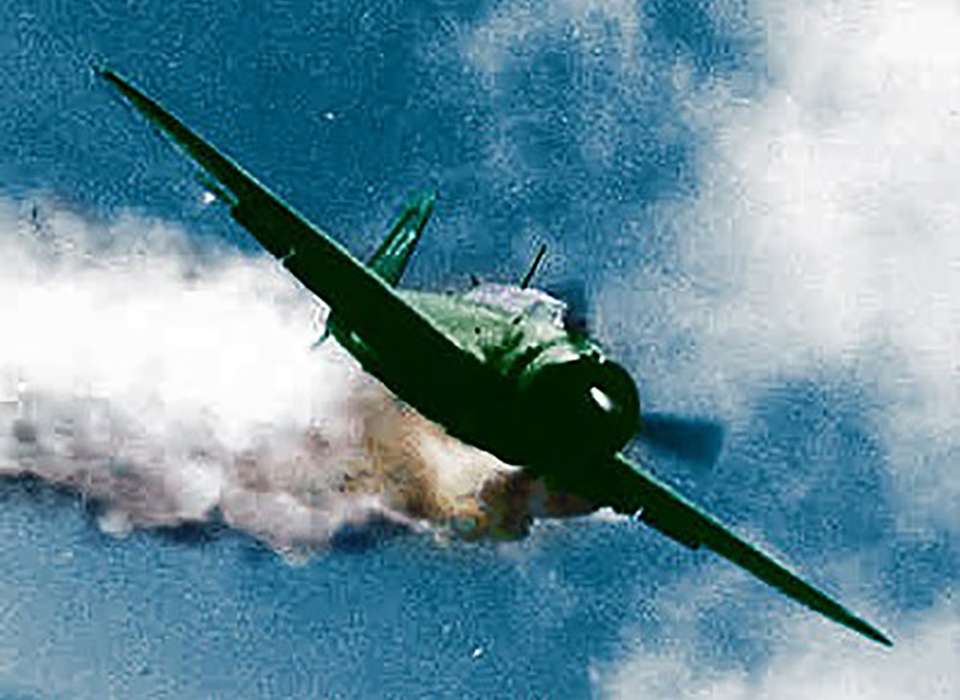 Japanese soldiers shouted “tenno heika banzai”, marking their allegiance to the emperor as they rushed to meet their fate. The suicide charge proved to be effective, and in one instance, it left roughly 1000 US marines dead after a single charge. Allied fighters named the action Banzai Charge.

Little to no training

One of the reasons for the low success rate of kamikaze attacks lies in the training and preparation. Because everything was going so fast, young pilots had only 40 hours of training before taking on a mission.
Compare that to the 500 hours of training Japanese pilots would regularly receive at the outset of the Second World War. Many were old and experienced.
On the other hand, most of the kamikaze pilots were under the age of 24 and received on average between 40 and 50 hours of training. They were usually escorted to their targets by more experienced pilots, but they had to go on their mission alone.
Only a few more experienced pilots were trained to fly between Allied Navy ships to draw fire with the hopes of the gunners striking their own vessels.

Later on, reports began surfacing, stating that the so called volunteers were under tremendous peer pressure to sign up. Some reports even claimed possible retaliation against their families if they chose not to volunteer.

One of the most recognizable symbols of the kamikaze soldiers was their rising sun bandana. It is called Hachimaki, which is symbol of perseverance, effort, and courage.
The symbol was thought by the Japanese to light the darkness of the world, but it became a symbol of darkness to the rest of Asia. Why? Because in former Japanese occupied territories, the rising sun flag symbolized Japanese imperial aggression and war crimes.