John Taylor – The Man Who Blinded Bach and Handel 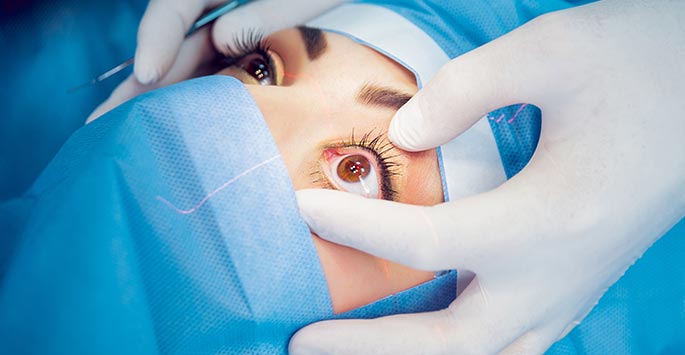 John Taylor gave himself the nickname “Chevalier”, which means knight. He was the poster child for quackery in the 18th century. The self-appointed knight lived for 72 years, and worked as an eye surgeon

For some people, the name John Taylor associates them with the English musician, singer, songwriter, producer, and actor, best known as one of the founding members of Duran Duran. He is a bass guitarist, and contrary to popular belief, he is not related to Roger Taylor, another founding member of Duran Duran.

However, for some people, the name John Taylor comes to mind when they are talking about the greatest musicians ever born. The “Father of Music”, Johann Sebastian Bach, for example, had quite the encounter with John Taylor. He is just one of the many victims of this doctor’s quackery, along with George Frideric Handel.

Who is John Taylor?

John Taylor gave himself the nickname “Chevalier”, which means knight. He was the poster child for quackery in the 18th century. The self-appointed knight lived for 72 years, and worked as an eye surgeon.

He self-promoted his way to fame, and in the process, ended up blinding hundreds of people. How he got so famous? Taylor operated on celebrities, got in the inner circle, and somehow became the royal eye surgeon to King George II.

His ego was so big, that he even wrote an autobiography titled “The Life and Extraordinary History of the Chevalier John Taylor”.

The operations on Bach and Handel

John Taylor practiced surgery in the most flamboyant way possible. He invited people to watch the procedure in the town square. However, he would get away as far as possible from the city before the patients even took their bandages off.

At the time, probably neither Bach or Handel expected their operations to go smoothly. In the 18th century, if you had a good result a third of the time, you were considered a successful surgeon.

We have to take into account the conditions and the environment. At the time, no one understands bacteria, and infection kills people. Physicians had no concept of bacteria, there was no anesthesia, and the idea was to operate as quickly as possible.

In the case of Bach, he began becoming blind, so he wanted to go through a procedure and heal his eyes. After two unsuccessful surgeries, Bach developed a painful post-operative infection. He was treated with laxatives, and the cure of the time, bleeding. Bach died just a few months later.

Handel has a cataract operation. At the time, oculists would do something called couching to remove cataracts. The procedure involved using a small and sharp hook to dislodge the lens, remove the cloudiness, and allow light to re-enter. And all of that without anesthesia. Following a successful surgery, the patient would wear gigantic and thick glasses for the rest of his life.

Not surprisingly, couching had terrible success rate. Just small minority of people might be able to see a bit of light, but more than 70% of people ended up becoming totally blind.

Today, cataracts are some of the most successful eye operations.

So why did these famous musicians chose Taylor, and not someone better? To put it simply, there was not much of an alternative. Even the best surgeons practiced a very crude type of medicine.

Born Robert Nesta Marley, Bob Marley was a Jamaican singer, musician, and songwriter. Considered one of the pioneers of reggae, his musical career was marked by fusing elements of ...

“I don’t give a fuck about the industry,” says a 25-year-old Kanye West nearly 17 minutes into JEEN-YUHS, the three-part documentary tracking his early career that Netflix pr...

A documentary feature two decades in the making, “Coachella: 20 Years in the Desert” opens up the vault for the very first time to present the legendary performances and behind...

37:04
Music
Nothing Else Matters - The Metallica Story

Metallica is an American heavy metal band. The band was formed in 1981 in Los Angeles by vocalist/guitarist James Hetfield and drummer Lars Ulrich, and has been based in San Franci...

Music
John Williams – The Genius Behind Star Wars and Harry Potter Music
Williams has the technical skills and harmonic sophistication to make brilliant music. But he also possesses good melodi...
Top 5 Jazz Musicians You Need to Listen
The jazz was born in the late 19th century, but it wasn’t until the 1920s that jazz became recognized as one of the m...