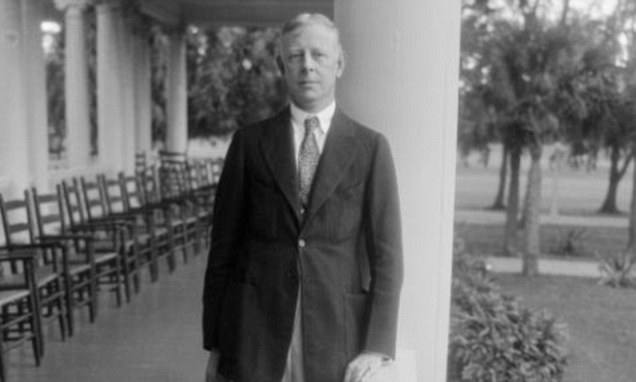 Jesse Livermore, born in Massachusetts in 1877, is the pioneer of trading. He was just 15 years old when he started to work in Paine Webber’s Boston brokerage office. His job was a simple one, post the stock and commodities prices on the chalk board.

But Jesse was like a sponge. He studied price movements, fluctuations, and soon enough began to trade on the fluctuations. He was just 20 years old when he moved to New York to speculate in the stock and commodities market full time.

What is unique is that Jesse made his money by trading with his own money. He was a completely self-made man. In 1923, a financial journalist interviewed him and published a book on his life. Called “Reminiscences of a Stock Operator”, the book is still a Wall Street classic.

So, what are some of the lessons we can learn from Jesse? And how he lost his fortune? Let’s take a look.

Jesse followed simple trading rules. You can find many of them in modern trading plans. He created some of them, and borrowed others. Some would say there is nothing new in Wall Street. Speculation is as old as the hills. Everything that happens today happened before, and will likely happen again. Here are some of Jesse’s trading rules.

Most importantly, Jesse was the first one to admit when he made a mistake. In the modern age, you can say Jesse would have seen the bubbles in technology and housing, and would have shorted. He would probably invest heavily after the dot-com crash and the subprime mortgage crash. His problem was he made reckless bets that were too big to recover.

How He Lost His Money

It is hard to believe that a man who was the pioneer of the Stock Market, and who had a net worth of $100 million could go broke. But that is exactly what happened. Some might say that Livermore had an alter ego, his Mr. Hyde who tore the achievements of Dr. Jekyll persona.

Like other stock traders, Jesse was a gambler at heart. The problem with gamblers is that they must keep winning to feel good. Jesse suffered from depression. Even though he was deeply depressed, he still thought he could and should make money by placing big bets.

The problem is, that didn’t happen. His luck started to affect his outlook, thinking that he was that good. Every trader has a bit of luck.

Lessons to Be Learned

Livermore was one of the first stock trade millionaires, but also a bad example of man losing a great fortune. With such story, you can pull some lessons, and learn from them.

First, and foremost, set hard and fast rules. You have to set your daily and weekly loss limits. You can easily slip from the mentality of being a risk manager to a gambler. When you do not see the market correctly, you need to fall back on objective rules. Take time off, and trade lower size to get your head right.

Second rule do not put your lifestyle at risk trading. It is worth noting that Livermore made his first million in 1907 after the crash. He filed for bankruptcy in 1915, just few years after that. He tried to put in place financial protections for his family by purchasing annuities and putting money aside in a trust. However, that didn’t help him, because he didn’t change the most important thing – the leverage he used in trading.

Last, but not least, poor risk management. This can wipe away years of gains. It took Jesse 14 years of grinding, from 1915 to 1927 to pay off his creditors and get back on the million dollar train. And he lost all that fortune in just a few years after. He could never recover from the final blow. One thing you have to remember is manage risks much better. If you do not manage risks, you are not trading, you are gambling.

Business
Jeanne Lanvin – Founder of the Oldest French Fashion House
Her calling card was her robe de style dress. This gown hung straight and narrow on the torso, but then ballooned out wi...
Karoshi – Death by Overworking
The term first appeared in the early 1970s. The origin of the term can be found in the word “kacho-byo”, which trans...
How Rich You Need to Be to Be Considered Wealthy?
According to a poll, Americans say you need an annual income of about $100,000 to be considered rich. In the poll, Ameri...
What is the G20 Summit?
The G20 is an acronym that stands for a group of 20. The G20 is a group of 19 countries plus the European Union, trying ...