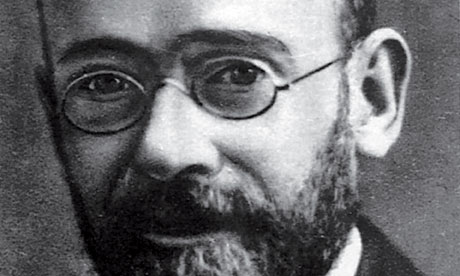 The young utopian in the book, King Matt, dreamed of making a better world for children. It is that determination and wish that made Janusz the man he was, one of the few people who were ready and determined to sacrifice themselves for the greater good

Who was Janusz Korczak? It is a question for most people outside Poland and Europe, since the modest, disciplined man was not popular outside of his country. Even though he has written more than 15 books, only two have been translated to English. One of the two is King Matt the First, on which Korczak poses as a young boy. It is there where readers can see Janusz as the small and vulnerable man he was, the man whose eyes were intense and sad, and a man whose bald head disappears into the white space.

The young utopian in the book, King Matt, dreamed of making a better world for children. It is that determination and wish that made Janusz the man he was, one of the few people who were ready and determined to sacrifice themselves for the greater good. Korczak famously said that it is not “only the Jews who suffer” during the World War II. Quite the contrary, the whole world is submerged in blood and fire, as well as tears and mourning. Suffering does not make men noble, so Janusz tried to help as much as he could.

The Grossaktion of Warsaw

Korczak was famous in Poland for his job with orphans. However, his penultimate moment came in 1942, during the Grossaktion of Warsaw. Between July and September in 1942, Nazi began an operation of mass extermination of Jews from the ghetto in Warsaw. During the operation, known as the Grossaktion of Warsaw, Jews were terrorized and sent to their deaths at Treblinka, one of the most horrifying Nazi camp for extermination. A camp equipped with gas chambers, Treblinka was disguised as place with showers for the processing of transports of people. It is in those gas chambers that millions of Jews lost their lives.

During the Grossaktion of Warsaw, Janusz was working as a director of an orphanage. Faced with the inevitable, the director chose to stay with his children, and sacrifice his own freedom, as he could have left the building and be spared.

Instead, Janusz told the orphans that they will go out in to the country, cheering them and making them feel happy. The director told the orphans to wear their best clothes, and as they came out into the yard, they were taken by an SS people. Nicely dressed and in a happy mood, the children were taken to Treblinka where they would later be killed in the gas chamber, along with their director.

Marching, with his head bent forward, Janusz hold the hand of a child, followed by few nurses and two hundred children, all dressed in their clean cloths.

And when they were almost at the altar, an SS officer recognized Korczak, and offered him to help him escape and safe his life. Instead, the director of the orphanage refused, and stayed with his children as they were all being killed.

How to Love a Child?

One of the most popular books by Janusz is the pamphlet “How to love a child”. In it, Korczak intended to share the experience of his work as a pedestrian. At the end, it became a manuscript of child development, but not in the usual and common way. Janusz was writing the book during the war, and because of the long war, the manuscript grew to hundreds of pages.

The main thesis in the book is that you cannot love your child, or another’s individual child until you see him as a separate being. Janusz suggests that parents should not see their children as the person they were meant to be. As he famously says, "You yourself are the child whom you must learn to know, rear, and above all, enlighten", Janusz was trying to teach parents that children are individual beings, not their property.

And most importantly, Janusz was probably among the first, even before Freud, who recognized the importance of infancy in human development. In his book, Janusz explains that Napoleon suffered from tetanus and that Bismarck had rickets, and both of them, as many other people were infants before they became men. In order to understand one’s emotions and wishes, we must turn to the infant.

The famous children book author, once wrote that “The lives of great men are like legends, difficult but beautiful”. The premise could very much apply to Korczak, a boy born in Warsaw in 1978 or 1979 in the family of a respected lawyer. Both his parents were part of prominent families. He never believed that children should be forced into religion. Even though he was born in a Jewish family, Janusz grew to be an agnostic individual.

What is interesting is that Janusz Korczak is actually his book pseudonym, and his real name is less known than his “pen name”. His original name was Henryk Goldszmit. Janusz began his career by enrolling to the University of Warsaw, where he studied medicine, and worked as a pediatrician after graduation. He served as a military doctor during several wars, including the Russo-Japanese war in 1905. In 1907, Korczak went to continue his studies in Berlin, and he worked for the Orphan’s Society. It is there where the young writer got the ideas for his writing, and where he received the calling for being the protector of children. When he returned to Warsaw before World War II, Janusz helped start several orphanage in the city, taking care for young children from all religions, be it Jews or not.

Other accomplishments of the noble hero include a radio program during the mid 1930s and many children books.

Personal Triumphs
Meet Betty Cohen – The Woman who made the 90’s Awesome
Betty Cohen founded Cartoon Network in 1992, and she brought some of our favorite cartoons to life
Benjamin Franklin the Inventor
Between running a print shop, starting the first lending library in America, engineering the postal system, and helping ...
Seven People who should have won Nobel Peace Prize, but didn't
Chemistry, Physiology, Literature, Physics, and Peace are the five Nobel, but the Peace is the most coveted, the most si...
Top 5 Female Warriors you need to Know
History often forgets about them, but the reality is that there have been as many legendary female warriors as male