ITER – The Future of Energy 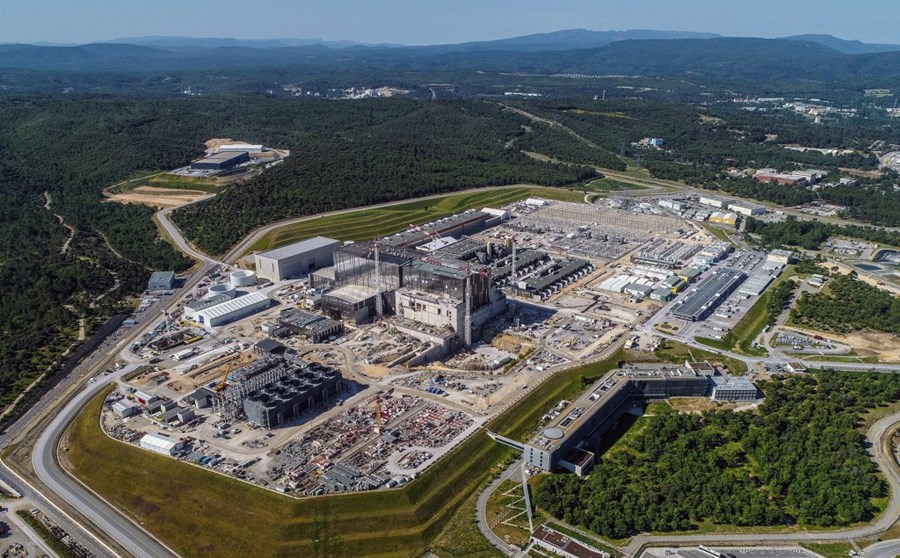 The goal of the project (ITER, short for International Thermonuclear Experimental Reactor) is to create a plasma of 500 megawatts for around twenty minutes while 50 megawatts of thermal power and injected into the tokamak, resulting in a ten-fold gain of plasma heating power

ITER is an international nuclear fusion research and engineering megaproject. When finished, ITER will be the world’s largest magnetic confinement plasma physics experiment. At the moment, the price of the project has reached $14 billion. The projected price is $22 billion. But it might go higher than that.
The goal of the project (ITER, short for International Thermonuclear Experimental Reactor) is to create a plasma of 500 megawatts for around twenty minutes while 50 megawatts of thermal power and injected into the tokamak, resulting in a ten-fold gain of plasma heating power. 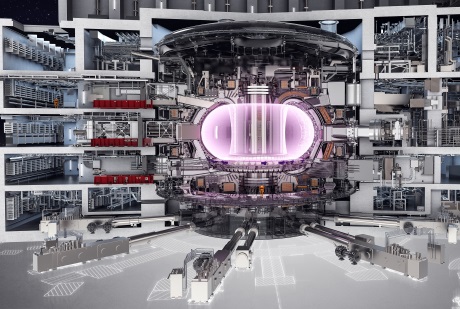 In simpler terms, the machine aims to demonstrate the principle of producing more thermal power tan is used to heat the plasma.
Funded and run by several member entities, ITER is the future of energy. Overall, more than 35 countries participate in the project. Some of them do it directly, others indirectly.
When completed, ITER will be the largest of more than 100 fusion reactors built since the 1950s.

ITER began as a project in 1985. Russian and US Presidents Gorbachev and Reagan initiated the project with equal participation of the US, Japan, the Soviet Union, and the European Atomic Energy Community.
Two physicists, Alvin Trivelpiece and Evgeny Velikhov, believed that taking the next step in fusion research would be beyond the budget of any of the key nations. Therefore, they believed a collaboration was a must.
But it didn’t go smooth. In the US, many argued against collaboration, believing that the Soviets would use it to steal US technology. Another bureaucratic fight emerged because Soviet physicist, Andrei Sakharov, was in internal exile and the US was pushing the Soviets on human rights record.
The design phase resulted in a detailed design in 2001, more than 20 years after the Gorbachev-Reagan initiative. More than $650 million were spend in research and development by the ITER Parties.

The parties opted out of the project in 1999, but then returned to it in 2003. China, South Korea, and Canada joined the negotiations. Canada left the deal in 2003, and India officially became part of ITER in December 2005.
In June 2005, the parties officially announced that ITER would be built in the European Union in Southern France. Japan got 20% of the research staff on the French location of ITER, and the head of administrative body of ITER position.
In November 2006, an international consortium signed the formal agreement to build the reactor. The agreement entered into force on October 24, 2007.
The project started the five-year assembly phase in July 2020. Emmanuel Macron, the French president, attended the date together with other members of the ITER Project.

ITER represents a chance for new research in the field of energy and fusion. The main mission of ITER is to demonstrate the feasibility of fusion power and prove it can work without negative impact. Here are some of the main objectives of ITER:

How safe is ITER?

One thing that instantly comes to mind to many is safety of ITER. Is ITER dangerous? Scientists are united in the belief that it is absolutely impossible for a Fukushima-type accident to happen at ITER.
As the world’s largest tokamak and the first to produce net energy, ITER hopes to play an important role in demonstrating that fusion technology is safe, environmentally responsible, and scientifically viable.
In November 2020, the French government signed the decree authorizing the creation of the ITER nuclear facility. The milestone came after years of careful examination of ITER safety case, document with more than 5,000 pages by the nuclear safety authorities.

This marked the first time a fusion device had gone successfully through the process of nuclear licensing.
One reason why a Fukushima-type disaster is impossible. In a fusion reactor, there is only a limited amount of fuel at any given moment. The reaction relies on a continuous input of fuel. If there is any perturbation in the process, the reaction ceases immediately.
Even in the event of total loss of the cooling function, ITER’s confinement barriers would not be affected.
The fusion process at ITER requires tritium. It uses a very small amount, but the confinement of the radioelement within the fuel cycle is one of the safety objectives at ITER. The project employs a multiple-layer barrier system protecting against the spread or release of tritium into the environment.

Let’s talk about the complete design of ITER. We start off with the central part of the ITER machine, the vacuum vessel. It is a double walled steel container that contains plasma by means of magnetic fields.
The ITER vacuum vessel will be two times larger and 16 times heavier than any previously manufactured fusion vessel. The primary function of the vessel is to provide a hermetically sealed plasma container.
The breeder blanket is another key component of the ITER reactor. Located adjacent to the vacuum vessel, the blanket serves to produce tritium through reaction with neutrons from the plasma.
Next is the magnet system, a central solenoid using superconducting niobium-tin to carry 46 kA and produce a field of up to 13.5 teslas.
Finally, there are three types of external heating in ITER: two heating neutral beam injectors, ion cyclotron resonance heating, and electron cyclotron resonance heating.
Speaking of the cooling systems, ITER uses three interconnected cooling systems. The cooling loop removes most of the heat. The cooling loop is cooled by water through a heat exchanger within the tokamak building’s secondary confinement.
The secondary cooling loop gets cooled by a larger complex, a cooling tower, a 5km pipeline supplying water from Canal de Provence, and basins that allow cooling water to be cooled and tested for chemical contamination.
Last, but not least, a liquid nitrogen system will provide additional cooling.

There are seven main parties participating in the ITER Program, the European Union, China, India, Japan, Russia, South Korea, and the United States.
Canada pulled out due to a lack of funding from the federal government. Through agreements, Australia, Kazakhstan, and Thailand also participate in the project.

How did we get here?

The first fusion experiments in the 1930s established physics laboratories in nearly every industrialized nation.
And then by the mid-1950s, fusion machines operated in the Soviet Union, the US, France, Germany, Japan, and the United Kingdom. Scientists improved their understanding of the fusion process through experiments on these machines.

The first major breakthrough came in 1968, as researchers from the Soviet Union achieved temperature levels and plasma confinement times.
In 1983, the Joint European Torus (JET) was established. Used in more than 40 European laboratories, JET achieved the world’s first controlled release of fusion power in 1991.
These achievements had led fusion science to an exciting threshold, the long sought after plasma energy breakeven point Q = 1.

Science
The MOSE Project in Venice – How to Stop Flooding
The MOSE project in Venice will be fully operational in 2023. At the time, the barriers will be raised when the water le...
FAST – Largest Single Aperture Telescope in the World
Apart from the obligatory extraterrestrial life hunting, the telescope will also become handy in a number of different w...
What are the most Reactive Metals?
The alkali metals are the family of elements that contain the most reactive elements. These metals include lithium, sodi...
How to Detoxify the Pineal Gland
The pineal gland is believed to play a vital role in consciousness. Detoxifying it can be helpful in attaining higher le...