Idi Amin - the road from a Boxing champion to a dictatorship 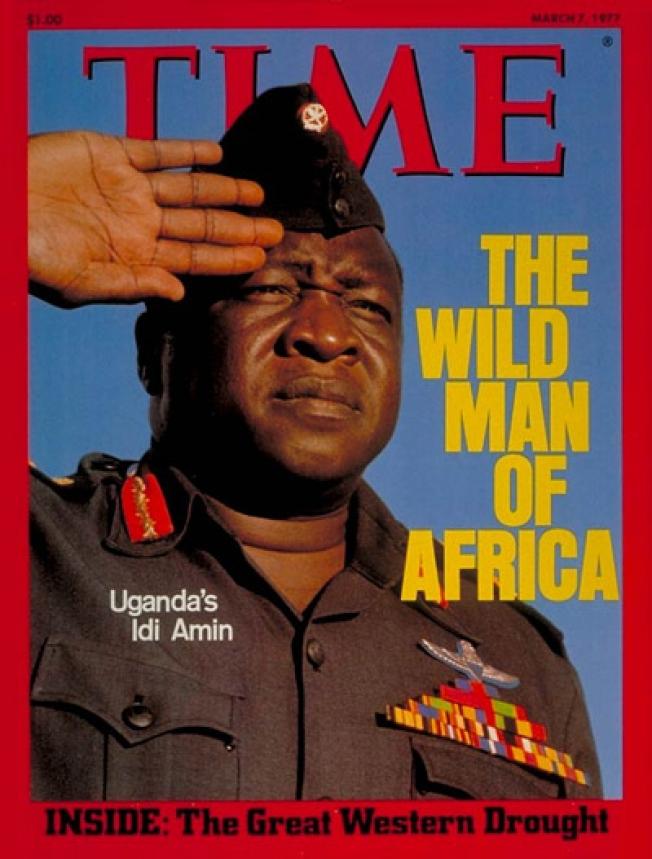 His rule of Uganda, from 1971 to 1979 was characterized by political repression, abuses of human rights, killings, nepotism, corruption, ethnic persecution and much more. As a result of his regime, an estimated number between 100,000 and 500,000 people were killed

Often portrayed as a “monster in disguise”, Idi Amin was the third President of Uganda, one of the most fearsome leaders and dictators in the world. His rule of Uganda, from 1971 to 1979 was characterized by political repression, abuses of human rights, killings, nepotism, corruption, ethnic persecution and much more. As a result of his regime, an estimated number between 100,000 and 500,000 people were killed. But Amin was not always a ruthless dictator. Instead, he was once a boxing legend. Amin died in 2003.

At 193 cm tall, and with a powerful built, Amin impressed the superiors with his athletic skills and abilities in the Ugandan and British Army. He joined the British army as a private in 1946. Back in the time he was tall, strong, and very athletic. During his time in the army, he mastered and improved his skills, and started boxing. In 1951, he became the light heavyweight boxing champion, a title he held until 1960. During his boxing career, he was undefeated.

Even long after his boxing career was over, Idi Amin was still very much skilful and talented boxer. In 1974, he decided to take on the national boxing coach Peter Seruwagi. He declared that he will open the championship that year by boxing with Seruwagi. As the fight started, Amin ruthlessly attacked the coach, and the fight ended with a knock-out in favor of Amin. The referee stopped the fight in the second round and had to help and save Seruwagi from beating and punishment.

How Amin gained control of Uganda

In 1966, Amin served as one of the chief commanders in the Army, and very close friend with Prime Minister Milton Obote. They were both incriminated in a scandal with gold smuggling. Following the scandal, Obote suspended the constitution, arrested half of his cabinet and installed himself as president for life. Amin led a military operation to drive King Mutesa away from his palace. Amin is promoted to major general. In 1969, there was an unsuccessful assassination attempt on Obote, and both he and Amin think the net is closing on them. One of Amin’s rivals in the army, Pierino Okoya is killed in 1970, which deteriorates Amin from Obote. In 1971, Obote plans to arrest Amin, but Idi finds out. While Obote is out of the country in January, Idi Amin stages a coup supported by Israel and the British, accusing Obote of corruption. He takes power, supported by Ugandans, and claims he is not an ambitious man. Instead, Amin claims he is “just a soldier with concern for his country and its people”. He is declared president and chief of the armed forces. Immediately after, Amin executes all officers and troops loyal to Obote, starting his dictatorship and regime.

Key dates during his regime

- In 1972, Amin starts his quest to make Uganda “black man’s country”. He expels more than 50,000 Asians, mainly Indians and Pakistanis. He claimed to receive a message from God in his dreams and says he will ask Britain to be responsible for the Asians in Uganda as they are sabotaging the economy of the country.

- In September 1972, Amin sends a telegram to the UN Secretary General, praising Hitler. After the letter, the US halts a $3 million loan for the country.

- In 1974, the president crushes an attempted coup. More than 50 officers in the army were killed as a response.

- In June 1976, Flight 139 is hijacked by a Palestine organization and lands in Uganda at Entebbe Airports with 256 hostages. The Palestine Liberation Organization, which is behind the hijacking, demands release of 53 prisoners. Idi Amin backs up and supports the hijackers, which results with Britain breaking diplomatic relations in July.

- In February 1977, the Archbishop of Uganda is killed. Later revelations show that the order came directly from Idi Amin.

- On February 1977 Idi Amin “kidnaps” and holds 240 US citizens as hostages. They are released on March, and must leave the country.

- In June 1977 Amin is wounded during an assassination attempt.

- In March 1979, Idi Amin flees to his homeland, and in April is deposed as president of Uganda, ending his regime.

One of the myths linked with Idi Amin is that he was a cannibal. The myth was widely popularized in the movie “Rise and Fall of Idi Amin”, in which the directors wrote the script according to a biography of Joseph Olita, a former Kenyan president.

In the movie, there is a scene in which Amin opens a fridge and shows his visitor two heads of former victims. In another scene, during a coroner is doing an autopsy, Amin picks up a scalpel, and then cuts and eats a piece of flesh from the victim.

Justice
Unheard Heroes: Susana Trimarco
For her work in human trafficking, Susana has earned a number of awards. The biggest one came in 2013, when she was nomi...
Huaxi – Secrets of the Richest Village in China
From the outside, Huaxi is dubbed as a socialist village. But on the inside, it is actually a capitalist corporation, m...
The Curious Case of Lawrence McKinney – Can the Justice System make Mistake?
Faith is what got him through 31 years, 9 months, 18 days, and 12 hours of prison. He was wrongfully sentenced, and was ...
Top 7 Cruelest Rape Punishments
More than 10 countries around the world punish rape by death