How to Watch Films on Your Computer 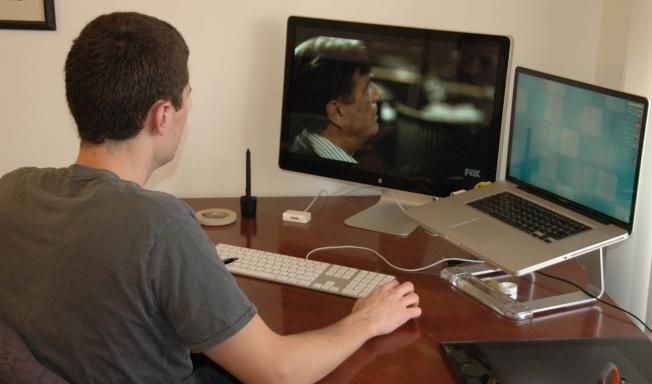 Great locations where movies can be watched

The most common method of watching movies on the internet is through streaming. Streaming movies and videos is the process by which movies, located at a certain website online, can be viewed in real time, by a view at any remote location anywhere in the world. Movie streaming requires high speed internet connection and access to sites where movies, films and other video content is contained.

One great location where movies can be watched via most media, including a computer is Netflix. Netflix is a provider of on-demand movies and other web content such as videos, music, sitcoms, soaps and a whole lot more. This service is made available to users across the United States, Canada and Latin America. On-demand basically implies that users get to view the content at any time they desire to do so rather than at a scheduled time. The company now has over 10 million subscribers and over 100,000 different titles on DVD.

Most internet streaming content watched online via the internet is content that is watched in real time. Subscribers get to enter their preferred choice of video content and when this is searched and detected by the program, it is streamed live so as to be viewed by the subscriber via the internet. Another great and popular method of watching videos through the internet is by logging onto sites that play movies that can be streamed live. The service can be a subscription type of a free service, depending on the providers. Live videos are offered for important programs, certain live events, sports action and others.

High speed internet connection is necessary. Sometimes a subscription, free or paid, is required. Subscription basically takes care of accountability in terms of statistics. Providers are always interested in tracking down the number of users, their demographics and other useful information. Major US TV networks, news channels and live show programs also stream their shows, programs and videos online via the internet. Most of this content is free but sometimes there are restrictions placed on the content. For example, major US TV networks do not allow streaming of some of their content outside the US.

Watching films on a computer can be achieved by downloading content from various sites online and then saving this content onto a permanent location. Films, movies and videos can be downloaded from the internet. Recently, many downloading software and tools for the internet have been developed. These allow faster and safer downloads in various formats. Downloaded content can be transformed into different forms or types for the sake of a user’s viewing media. For example, content might be downloaded in one form, such as .flv file and then be transformed to .wav file. This is necessary sometimes as some users may have on form of media player and not another. A suitable media player platform is necessary for viewing downloaded content. The content can be saved on to flash drives, hard drives, DVD and other digital storage media. All these are the various ways and methods of watching films online.

Religion
5 Things you Didn't Know About Thor
This is one of the 5 things you didn’t know about Thor, one of the most popular characters in the history and beliefs ...
Civil Rights History: Six women you need to know of
Martin Luther King Jr. might be the first synonym for civil rights, but there were some extraordinary women in the movem...
Starlite – What happened to the material that could have changed the world?
Starlite was fire-retardant, and could have been used as a thermal barrier or heat-resistant coating
Huaxi – Secrets of the Richest Village in China
From the outside, Huaxi is dubbed as a socialist village. But on the inside, it is actually a capitalist corporation, m...