How much Do You Know about Circus? 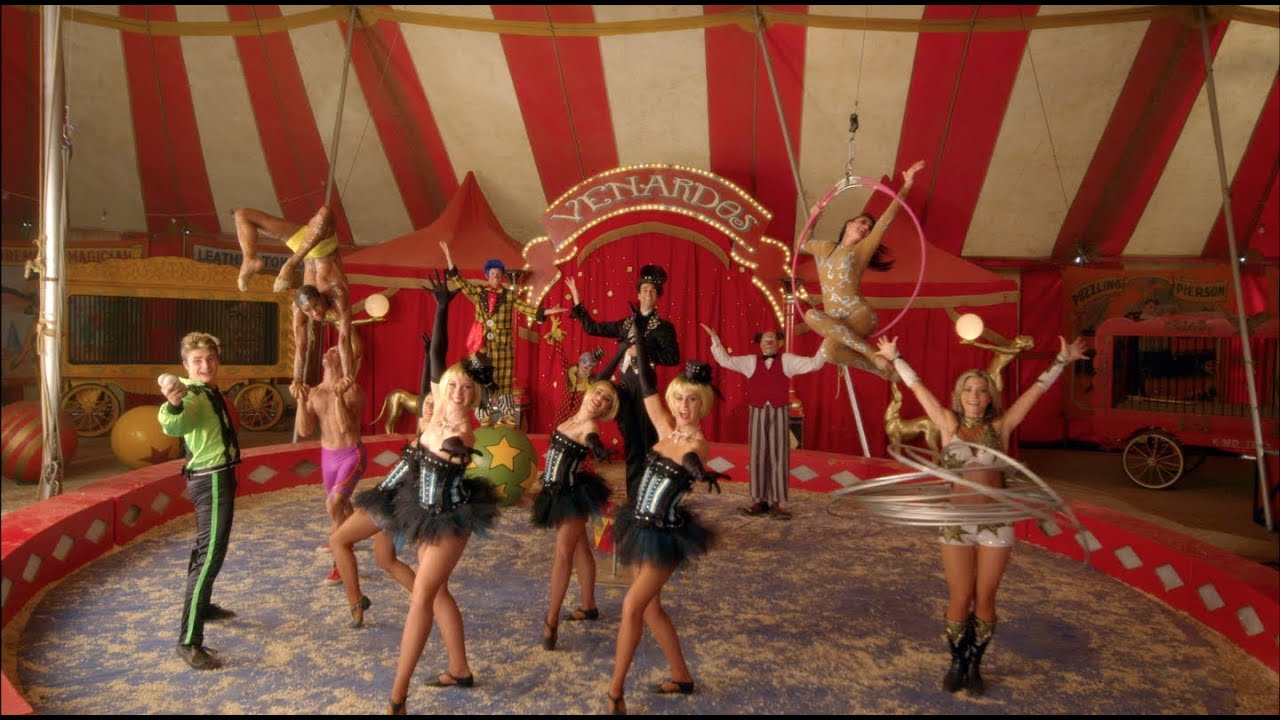 Most people associate the term circus with Great Britain. After all, it was in UK that circuses gained popularity during modern times. The circus we love today came into being in England during the 18th century. But the term itself has a far older origin dating back to ancient Rome

A circus is a company of performers who put on diverse entertainment shows that may include clowns, acrobats, trained animals, trapeze acts, musicians, dancers, hoopers, tightrope walkers, jugglers, magicians, ventriloquists, unicyclists, as well as other object manipulation and stunt-oriented artists.
Most of us have seen or visited a circus during our life. But how much do you actually know about the history of circuses? Do you know where the term comes from? Who made the circus popular?

The Term Originates in Ancient Rome

Most people associate the term circus with Great Britain. After all, it was in UK that circuses gained popularity during modern times. The circus we love today came into being in England during the 18th century.
But the term itself has a far older origin dating back to ancient Rome. Back then, the term referred to something round. It has the same root as circle. 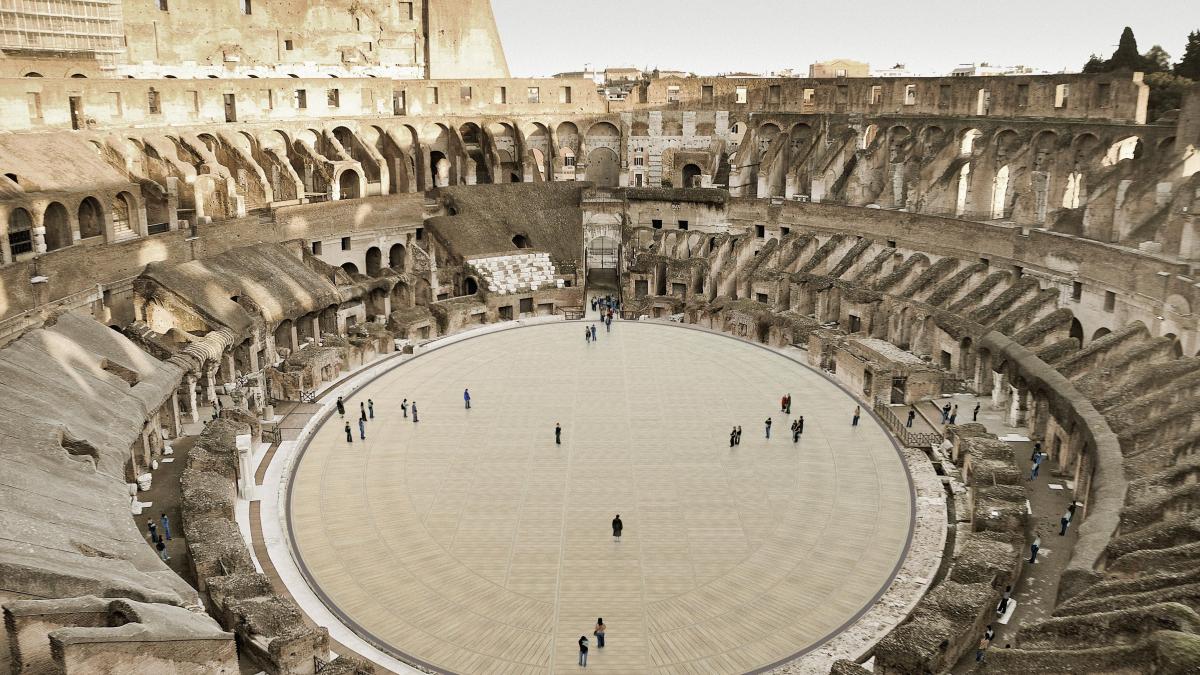 This is why Ancient Roman amphitheaters were called circuses. Their shape was round. In that spirit, circus arenas today are spherical. And we call the leader of the circus the ringmaster.
But this is where similarities end. Roman used the circus to stage blood sports such as gladiator fights. The most famous Roman amphitheater was the Circus Maximus. It operated for more than 1,000 years.

Who created the first circus?

Philip Astley is widely credited for creating the first modern circus. He was an ex-cavalry man, former sergeant major turned trick rider. He found that if he galloped in a circle while standing on the back of his horse, centripetal and centrifugal forces helped him to keep balance.
He also experimented with the ring in order to determine its optimum size for rider safety and audience slight lines. The first ring was 62 feet in diameter, but he later adopted the more popular 42-foot standard. 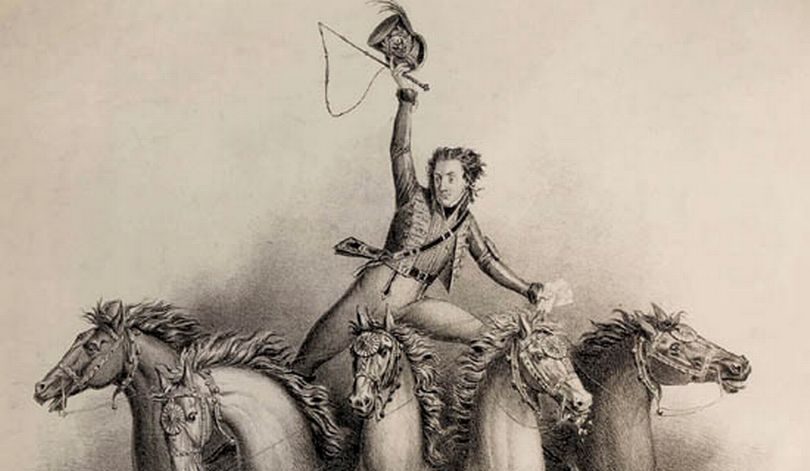 In the beginning, his shows consisted of trick riding exhibitions until 1770 when he also hired a clown. He then started hiring musicians and other performers for his shows.

Elephants are usually stars of the show. But what you see is a result of cruel training. Many undercover investigations into animal circuses have found out that elephants are continuously beaten during training sessions.
One of the cruelest videos on the internet today is an investigation into Tim Frisco, a former elephant trainer whose sons went into the family business. In the video, Frisco screams at his staff to “hurt ‘em, don’t touch ‘em, make ‘em scream … when you hear that screaming, then you know you got their attention.”

Cats spend most of their time in small cages

Big cats like lions, tigers, and similar, spend most of their time in cages so small, they can barely turn around.
Tigers and lions are chained to their pedestals and ropes are put around their necks to choke them down. They work from fear.

Caged animals often show signs of repetitive behavior like obsessive swaying, bobbing, and rocking. These happen because of high stress and boredom of these animals that starts to affect them. Elephant's for instance spend 10 hours a day, averagely, in this kind of behavior

Many US states have banned animal circuses

Because of animal cruelty, major states and cities have banned wild animal circuses. Governments have restricted the use of wild animals in traveling acts. Yet, there are still circuses in the US that operate today.
The tightrope walking
Another interesting performance in the circus is the tightrope walking. But do you know there are eight variants of the walking? Those are tightwire, highwire, slackwire, skywalk, slacklining, freestyle slacklining, funambule, and jultagi, which is a Korean tradition.

Circo Atayde is the oldest still running circus in the world. It was founded on August 26, 1888 in Mexico. It is still run by the same family, Atayde. 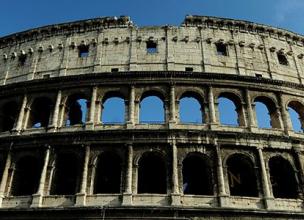 History
Why is Roman Concrete so Strong and Durable?
Roman Empire structures lasts for thousands of years. The Western Roman Empire crumbled to dust more than a thousand yea...
Jerusalem over the Years – Complex History of the City
Three major Abrahamic religions consider Jerusalem a holy place. Those are Christianity, Islam, and Judaism. Over the c...
What Happened to the Spanish Armada?
In 1588, King Philip II of Spain sent his fleet to collect the army from the Netherlands, where they were fighting. The ...
Pyramids of Sudan – The Forgotten Nubian Pyramids
Did you know Sudan has almost twice as many Pyramids as Egypt? To be precise, Sudan has 255 pyramids scattered across th...