Hopi People – Society Run by Women with Men in it 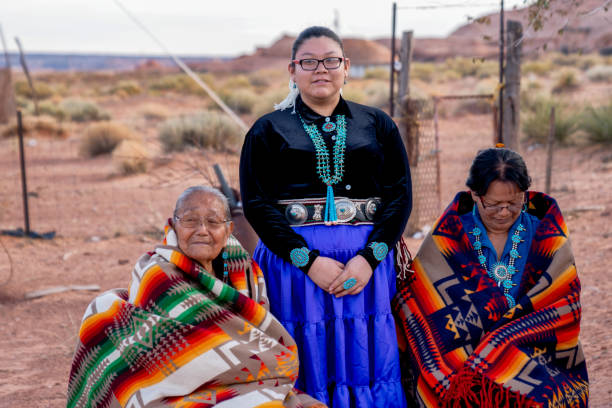 The Hopi Society is one of the few in the world ruled by women. After the birth of a child, the paternal side of the family gets to name the child, but only the paternal women can submit a name for consideration

The Hopi people live primarily in Arizona as a sovereign nation. They follow their own laws under their Hopi Constitution. Following the matrilineal way of life, they earn their family names and trace their lineage through their mother’s side.
The Hopi Society is one of the few in the world ruled by women. After the birth of a child, the paternal side of the family gets to name the child, but only the paternal women can submit a name for consideration.
The names are then brought together, and a single name is chosen. The name can be a native name, an English name, or a combination.
As of the 2010 census, the Hopi American Tribe consists of 19,338 Hopi people in the United States. Their language is one of 30 in the Uto-Aztecan language family. 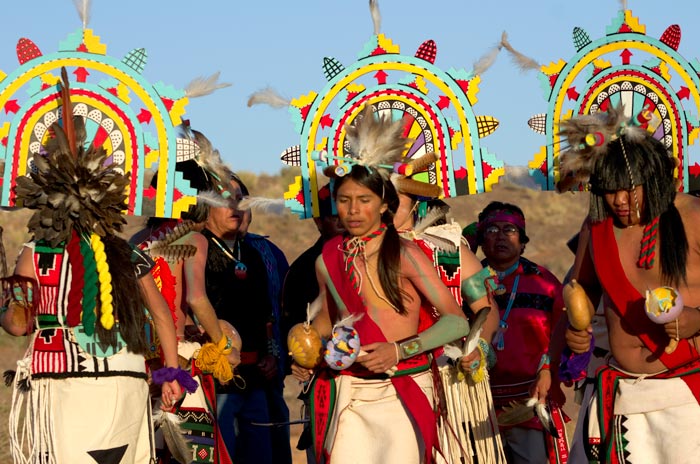 Unlike the nomadic Navajo people, the Hopi people have developed advanced agricultural techniques and are prodigious despite the harsh and dry climate they inhabit.
For example, Hopi people plant crops in areas of relatively high moisture, typically near the base of a mesa. They protect their crops using windbreaks.
Among the Hopi people, corn is the most important of all their crops. They have more than 50 different ways of preparing corn.

Governance and constitution and research protocol

The Hopi Tribe is governed by a chairman, vice chairman, and 22 legislative council members representing six villages. Those are the Village of upper Moenkopi, village of Bakabi, village of Mishongnovi, village of Kykotsmovi, village of Sipaulovi, and First Mesa consolidated villages.
Each of the six villages has its own separate election of representatives. Council member serve two-year terms.
To discuss matters, the tribal council meets quarterly, on the first day of December, March, June, and September.
The Constitution of the Hopi Tribe was adopted in 1936. They have also established a protocol for research, publication, and recordings.
All researchers must go through an approval process that starts with identifying a program/organizational sponsor and tribal priorities. Then, it goes through the tribal resolution process and obtains approval from the Hopi Cultural Preservation Office.

The Native American tribe is nowadays located on the Hopi Reservation in northern Arizona. Their long history is not certain, but some historians believe it dates back to 2000 BCE.
The tribe migrated from Central America and nowadays there are close to 20,000 people within the Hopi Tribe.
They are a sovereign nation, meaning they are an independent nation governed by Hopi people. Their Orayvi village, still inhabited today, is considered among the oldest continuously inhabited Native American communities on the continent. 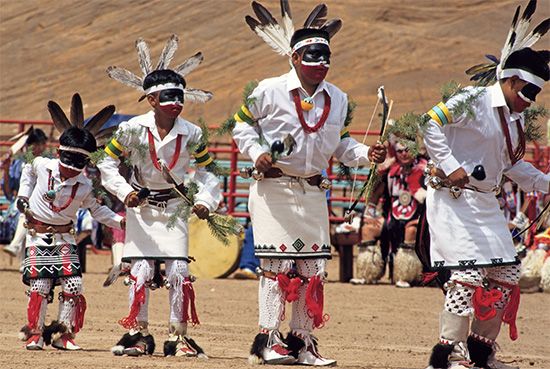 The first contact between Hopi people and Europeans came in 1540 with the arrival of Spanish forces. Over the next century, soldiers and missionaries settled in the region and forced Hopi to permit and accept new religion practices.
Initially, Hopi people pretended they had converted due to the military presence. Yet, they maintained their religion discreetly during this period.
Things changed in 1680, when the Hopi people joined other tribes in the Pueblo Revolt against the Spanish colonizers.
Hopi people were quite opposed to the attempt to convert to Catholicism. One such trigger came when the Spanish banned kachina worship. The violent revolt had many encounters between Hopi people and missions. The tribe destroyed churches and killed Spanish missionaries.
The resistance pushed the Spaniards as far south and east to modern-day El Paso. Eventually, the Spanish took control of the territory, but the Hopi people remained largely unaffected until the 18th century.

What is their religion?

Speaking of their religion, Hopi religion is very intricate and maintains that the current existence is the Fourth Way of Life.
They believe their ancestors travelled through three cave worlds before reaching the present one by emerging from the Grand Canyon.
They worship many spirits and gods, including the Earth Mother and Sky Father. Hopi people believe in Maasaw, a God who rules over the upper world. 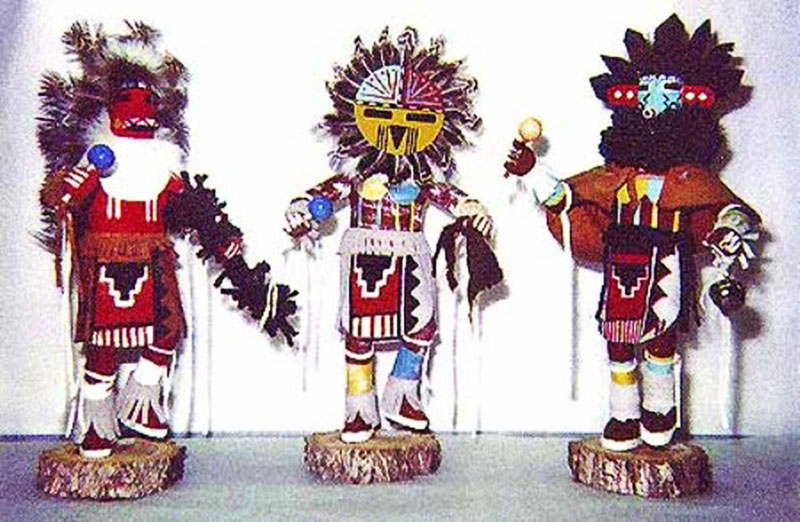 Their religion features kachinas, beings from above who inhabit humans from the winter to summer solstice every year. Kachinas serve as guardian spirits and in the tribe, they are represented as statuettes.

Relationship with the US Government

In 1849, James S. Calhoun was appointed as superintendent who oversaw Native American tribes in the American southwest. Hopi people met with him the following year and petitioned for protection from the Navajo tribe.
The result was the Fort Defiance in 1851 and Colonel Christopher Kit Carson was sent there with troops in response to the request.
Carson subdued the Navajo people by 1867, which for the Hopi people, led to a period of relative peace. By executive order of President Chester Arthur in 1882, the Hopi Reservation was created. It borders on all sides by the Navajo reservation. In 1934, the Wheeler-Howard Act was passed. This act was designed to limit US government interaction in Native American issues. It encouraged Native American autonomy. The Hopi people reacted by establishing their own tribal government in 1936.
There are two factions within the Hopi tribe, traditionalists and progressives. The former are wary of displays of sacred items in museums and adaptation to American influence. The latter, on the other hand, call for some adaptation to the neighboring American culture.

Hopi is more than just a recognition. It is a concept deeply rooted in the religion, spirituality, and its view of morality and ethics.
To be Hopi is to strive toward this concept, involving a state of total reverence for all things, peace with these things, and life in accordance with the instructions of Maasaw, the Creator and Caretaker of Earth. 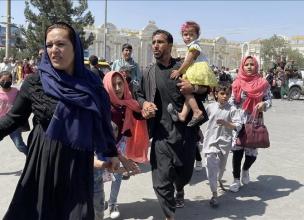 Social
10 Things You Didn’t Know about Afghanistan
Afghanistan is home to around 38 million people. And according to the United Nations Population Fund, the country has on...
Umoja Uaso – Community of Only Women
Umoja Usao, a village in Kenya, has become a haven for these runaway and homeless women. Those who escape their violent...
University of Bologna – The Oldest University in the World
The University of Bologna is different than many other universities in many ways. One is the foundation. Unlike other un...
Stockholm Syndrome – How to Identify and Help?
The term originally made it to the public’s eye in 1973 when four hostages were taken during a bank robbery in Stockho...