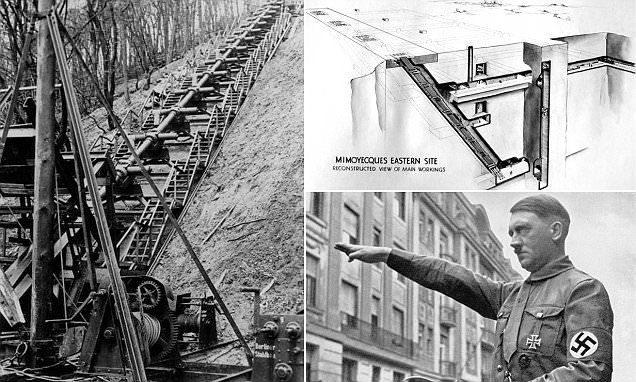 The V-3 supergun worked on a multi-charge principle, and the Nazis planned to bombard London from two underground bunkers where the gun was hidden in northern France

In 1943, Hitler and his Nazi forces were on the back foot. It was the first time since the beginning of the World War II that Hitler was on the back foot. The Fuhrer was rattled as Allied bombs were devastating his cities in Germany. To switch the tides of the war, Hitler proposed a V3 supergun, or a super cannon. The V3 supergun was supposed to be the biggest gun the world had seen, and it was supposed to end the War. Hitler pointed the gun at London, Britain’s capital, but sadly, the gun was never finished and never tested.

The V-3 supergun worked on a multi-charge principle, and the Nazis planned to bombard London from two underground bunkers where the gun was hidden in northern France. Nowadays, the V3 can be seen in the Mimoyecques museum, where a small scale replica of the V3 can be seen.

Development of the Gun

Hitler and the Nazis were not coming out with something revolutionary. In fact, the plans and the origin of the supergun date back to the 19th century. It was in 1857 when an American arms expert built an unsuccessful prototype of what would later become known as the V-3 supergun. US expert Lyman and his partner Haskell, were working for years on the same principle of multi-chamber gun. Back then, their gun was not considered conventional artillery. Sadly, the gun did not pass the test at Frankfort Arsenal in Philadelphia in 1880.

In the same period, a French designer was also working on a similar project. Louis-Guillaume Perreaux is best known as the pioneer of motorcycle, but he was close to making the V-3 reality. He was granted a patent for a multi-chamber gun in 1864.

In 1918, the French army tried to create a long range multi-chamber gun using the Perreaux’s patent. However, the initiative did not reach the prototype stage. The plans were archived, and 20 years later, the German troops acquired them when France collapsed in June 1940. August Conders, one of the chief engineers for the Nazi troops was intrigued by the plans. He managed to construct a full-calibre gun near Magdeburg, but he could not put the gun’s basic principle into operation. A year later, the Nazis tried again to build the supergun, but only this time, they were close. Sadly, the work was never finished because of British bombing.

When Hitler finally tried to build the V-3 supergun, he found a bunker in northern France to serve as his location. The V-3 supergun was built in an enormous bunker, buried deep into the chalk hill with millions of rocks excavated to dig a bunker deep enough to accommodate the gun.

The location was 100 miles away from London, and in the original conception, 25 barrels were pointed at Britain’s capitol. In order to reach its target, the V-3 supergun had to launch projectiles at an estimated speed of more than 1,500 meters per second. Each of the 25 barrels were 15 meters long, and inclined at 50 degrees. Hitler’s engineering team did one thing right, they found the perfect angle.

The projectile was supposed to get more acceleration by a sequence of charges along the barrel. The trick to success was precise timing of the charges as they had to be done electrically. The timing was the biggest challenge that the engineering team encountered. Some historians believe that a hot gas leakage was the reason. Some other challenges were the shape of the projectile, making it aerodynamic at supersonic speed. Six different companies worked at the shape of the projectile, but none managed to deliver a successful projectile.

The Bomb that Destroyed the Gun

Known as the “tallboy bomb”, the bomb will be immortalized as the one that probably saved London and the British from annihilation during the World War II. Barnes Wallis, a British engineer was responsible for designing the Tallboy bomb.

The bomb is a successor to the famous bouncing bomb, which had huge success in 1943. What was so unique about the tallboy bomb? For starters, it was a bomb with the right shape and size, so that the bomb can remain aerodynamic while approaching the speed of light. The bomb was strong enough to penetrate 15 meters underground. The precision was remarkable, and as Wallis would discover, if the fins were tiled by just 5 degrees, the bomb would spin, which stabilized it during flight.

The bomb weighted more than 6 tons, and was designed especially to explode underground. The Nazis thought that by designing the V3 supergun underground and building it underground, the gun was safe from bombing. However, turns out the British had other plans. The tallboy bomb destroyed the gun even before it was finished.