Ernest Hemingway - The Mystery behind his Suicide 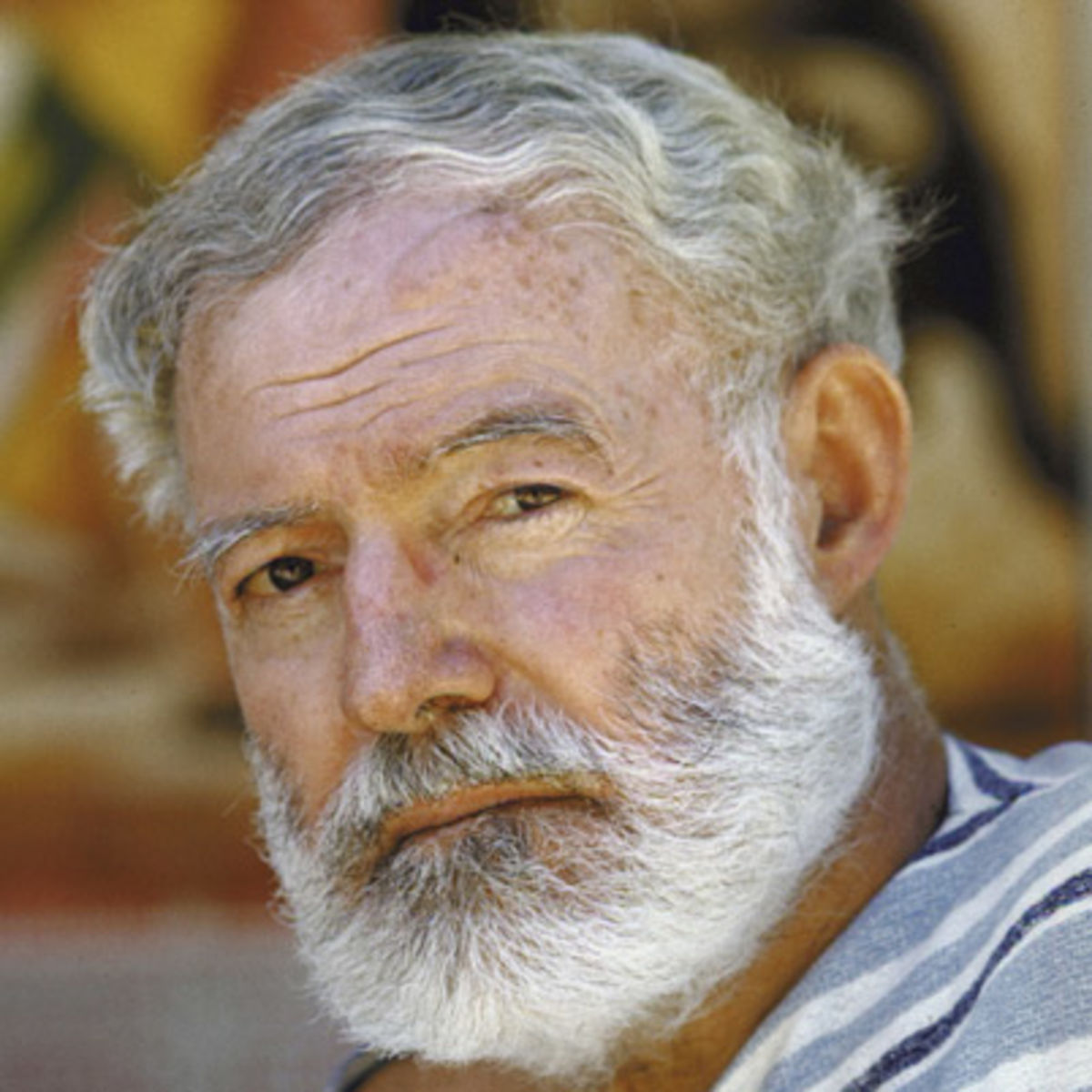 Hemingway’s body was found in robe and pajamas, and a double-barreled shotgun lay beside him with only one chamber discharged

Ernest Hemingway is one of the greatest writers in the history of mankind. It is sad and shame that such a brilliant writer ended his life in such despair. Much is left to be desired regarding explanation why the great writer took his own life, but there are clues in his letters and books. Back when Hemingway took his own life, it took his wife several months to admit that it was suicide. After the tragic event, his wife Mary said it was an accident, and that the famous writer was cleaning his gun when the firearm shot accidently. After few months, however, she admitted that Ernest committed suicide, and the last words he spoke to her were “Good night my darling”.

Over the years, death took up residence in the heart of the famous writer. Death was a constant spur to his creative imagination, a dark and secret lover in a way. Suicide, violence and similar topics are part of his stories from the very beginning. And his letters are all full with references to his suicide. So what is the mystery behind the suicide?

For a while after the catastrophic event, everyone really believed in the story that Ernest Hemingway died because of an accident. His wife, as mentioned previously, was sharing the story that he shot himself while cleaning the weapon.

The preliminary investigation by Frank Hewitt, also concluded that “the death looks like an accident”. The former Blaine Country Sheriff even said that there is “no evidence of foul play”.

Hemingway’s body was found in robe and pajamas, and a double-barreled shotgun lay beside him with only one chamber discharged.

His wife was placed under sedation, and it took several months for Mary to finally confess the truth.

After Hemingway’s wife confessed that the author committed suicide, the public began asking questions what could have drove Ernest to such despair, to the point that he would take his own life. There were several reasons, but the first is his obsession with his father’s death.

Hemingway’s father also committed suicide, and when the writer found out, he said that “he will go down in the same way”.

There were several psychiatrists that were treating Hemingway through the years. Some of them address the writer’s paranoia and depression to his childhood experience. As most experts will tell you, everything starts in our childhood. Ernest’s mother, Grace, had a habit of dressing the writer in long, white frocks and fashion his hair like he was a little girl. Truth be told, in the early 19th century, it was a custom to dress infants alike, but Grace took it to extremes. Hemingway was referred as “Dutch dolly” in the circles of his mother. When the writer was two years old, he replied that he is not a Dutch dolly. That trauma made Hemingway hate his mother, and refer to her as “that bitch” and develop a strong sense of masculinity.

Many of his literary friends lost their lives, and Hemingway started to miss them. In 1939, Yeats and Ford Madox Ford, Scott Fitzgerald in 1940, Sherwood Anderson and James Joyce in 1941, Gertrude Stein in 1946 and Max Perkins, one of his longest friends in 1947.

His drinking problems were getting worse and worse with each passing year. His heavy drinking, combined with injuries, caused the author to suffer headaches, and have weight problems and diabetes.

But one of the biggest concerns is definitely the genetic disease, called Hemochromatosis, an inability to metabolize iron. The result is physical and mental deterioration, and when his father committed suicide, Ernest was devastated. Suicide was huge aspect of Hemingway’s family tree, as his sister Ursula and his brother Leicester also committed suicide in addition to his father.

For the outside world, the writer was idealized as someone perfect, someone who has achieved everything. Hemingway was perceived as the perfect synthesis and balance of brain and brawn. His thirst for adventure drove, as he could be seen in the front line of a water buffalo for example. Hemingway was the finest writer of his time, and offered a refreshing style in a time when Victorian prose was everywhere. Ernest appealed the public with clean simplicity, and a genuine care for everyone around him.

One thing that best describes the condition in which Ernest Hemingway was during his last years is his letters with Gianfranco Ivancich, a good friend of the writer. The 15 letters were unveiled by the John F. Kennedy Presidential Library, and they show the personal connection between the two that lasted until Hemingway’s suicide in 1961. Here are some excerpts from those letters:

- Certainly missed you. Miss Uncle Willie. Have had to shoot people but never anyone I knew and loved for eleven years. Nor anyone that purred with two broken legs. I still had the rifle and I explained to them they had come at a bad time and to please understand and go away. But the rich Cadillac psycho said, 'We have come at a most interesting time. Just in time to see the great Hemingway cry because he has to kill a cat (1953)

- It was much better weather than last year and there were many more fish. We caught an average of 20 good fish a day; many beautiful big yellow tails and pargos. Not as many groupers (cherna) as last year. I trained hard and got in fine shape; no belly and indio tostado color. Mary was in wonderful shape too and very happy. She caught the most fish and that made her even happier. Fishing in the Tin Kid is certainly lots of exercise. I always think of you and the big marlin of last year (April 1953)

- We miss you very much and it is lonesome to have somebody around as you were and have them like a brother and have them go away. Now I have no brother and no good drinking friend nor hard-working banana grower. Everybody remembers you with so much affection and sends very best wishes (1956)

- I wish I could write you good letters the way you do. Maybe it is because I write myself out in the other writing (1958)

- I have worked terribly hard – written over 100,000 words since the end of January and every day when finish too tired to write letters. Have the first draft of this about the bulls that comes after Death in the Afternoon done now (1960).