The truth is out there..

Unidentified flying object (commonly abbreviated as UFO or U.F.O.)
is the popular term for any aerial phenomenon whose cause cannot be easily or immediately identified by the observer. The term UFO was confirmed by The United States Air Force in 1952. They defined UFOs as those objects that remain unidentified after scrutiny by expert investigators. But modern culture takes the term UFO, as a synonym for alien spacecraft. Another widely known acronym for UFO in Spanish, French, Portuguese and Italian is OVNI.

If we go through history, the first records date back from 214 BCE, a Roman historian Titus Livius Patavinus or simply Livy recorded a number of portents including an appearance of ships shown forth from the sky. A hundred years after that event another recording was confirmed, in Rome again, in a battle between two Roman armies, all of a sudden the sky burst asunder, and a huge flame-like body was seen to fall between the two armies. There was a confirmation from both sides for this event.

There is an average of 70,000 reported UFO sightings every year, worldwide. That's an average of 192 per day. But no UFO has ever been tracked on radar entering the Earth's atmosphere.

There are at least one hundred billion solar systems, just in the Milky Way, and there a billion’s of galaxies like ours. So what are the chances that we are all alone? Movies, cartoons, comics and other media, made a lot of pressure on the government during the years and people were asking questions trying to learn more about the existence of extraterrestrial life forms. According to some UFO aficionados, the Men in Black really doexist, and have been knocking on the doors of alien sighting eyewitnesses ever sincethe first appearance of flying saucers in 1947.

U.S. military installation located roughly 100 miles north of Las Vegas had been one of the best kept secrets on the planet for decades. Those with the overactive imagination think that the US government keeps live extraterrestrials and their spaceships. But is that only the imagination or are there real examples? Boyde Bushman, a senior scientist, before his death, recorded a short documentary where he openly spoke about his experiences with Area51, UFOs, aliens and anti-gravity. He was also showing pictures of extraterrestrial life forms and their spaceships.

People have been researching about outer space, other life forms, other planets, making movies, writing books about them and speculating on how they might look like, how they live, how they communicate and they shall continue to do so until they see them! You will be telling yourself stories that violate every law of the universe just to convince yourself in their existence. You will continue believing and hoping that you are not alone or fearing them for not knowing anything about them. May the force be with you! 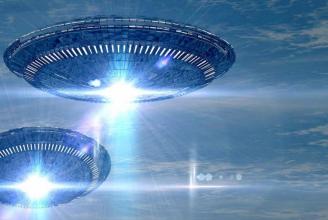 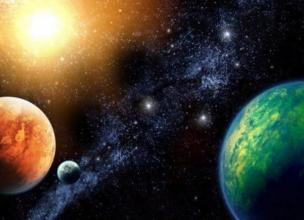