Discover the secrets of Machu Picchu 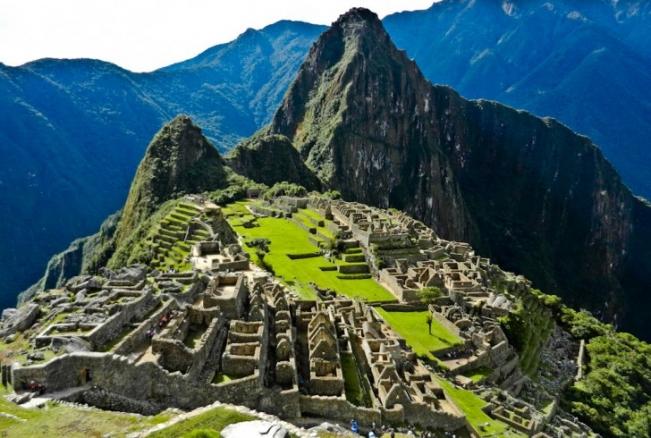 Machu Picchu is one of the oldest prominences, an Inca site located in the Cusco Region, 2430 meters above the sea. Machu Picchu is the most famous and familiar place in the world linked with the Inca civilization. People refer to it as the Lost City of the Incas, which is wrong. According to many archeologists, the city was built for Pachacuti, an Inca emperor. The estate was built in 1450, but abandoned it during the Spanish Conquests. It was unknown to the outside world up until 1911, when the historian Hiram Bingham brought international attention to it. Since then, the site is one of the most famous and popular tourist attractions in South America. In 1983, Machu Picchu was declared World Heritage Site by UNESCO, and in 2007 the city was voted as one of the “New seven wonders of the world”. The site is wrapped up in mysteries and secrets, and here are some of the best kept secrets.

Machu Picchu is not the “Lost city of the Inca”

In 1911, the explorer Hiram Bingham was actually looking for the city of Vilcabamba, a hidden capitol in which the Inca escaped during the Spanish Conquest. In time, the city of Vilcabamba became the Lost city of the Inca. However, since Bingham discovered Machu Picchu, many believe that it is the Lost City of the Incas. Many archeologists believe it is the same city, but that theory was proven wrong. Explorers believe the actual lost city of the Incas, Vilcabamba is located approximately 50 miles west of the city of Machu Picchu. Some theories even suggest that Machu Picchu was never forgotten, as there were families and farmers living there when Bingham discovered the city in 1911.

There is virtually no information about the sites at Machu Picchu, which makes buildings within the site heavily hidden and secret. One of the best features at the site is a hidden, secret museum that few people know. It is the Museo de Sitio Manuel Chavez Ballon, a museum that has an $8 entry fee, but it is well worth to see it. The displays at the museum are written in both English and Spanish and they explain the process of how the site was built. The museum also explains why the Inca chose Machu Picchu as a location for a citadel. In order to find the museum, you need to walk through a dirt road near the base of the site.

Most of the building is “invisible”

The Inca civilization is praised for their beautiful walls and their civil engineering. While they used no tools, wheels or draft animals, the civil engineering of the Incas was extremely advanced. Machu Picchu, or the site that is visible to the public was sculpted out of a notch between two small peaks. Incas moved stone and earth in order to create a flat space. According to some engineers and archeologists, nearly 60% of the construction of the site is invisible, or buried under ground. The site that is underground is actually building foundations and crushed rocks that the Incas used as drainage.

We mentioned the secret museum, but there is also a hidden, secret temple at Machu Picchu. The museum is located on the far side of the Huayna Picchu. The Temple of The Moon is accessible once you walk through a hair-raising trail on the top of the mountain. So if you ever get the chance to climb the mountain, try to find the secret temple as well. At the temple, you’ll find an extraordinary ceremonial shrine which was built into a cave. The cave is rich with stonework and niches, originally used to hold the mummies.

There are many secret side paths in Machu Picchu that branch off into the thick foliage. The best part is that nobody knows where they go. Many of them are unknown trails and there are nearby ruins that are still unknown to the archeologist. If you are up for an adventure, you can always get lost from the central ruins and wander around.

Machu Picchu, the end of a pilgrimage

This theory is backed up by the findings of Giulio Magli, an Italian archeologist and astronomer. According to his findings, the journey from Cusco to Machu Picchu serves a ceremonial purpose. In his findings, he describes a legend, according to which the first Inca took the same road when they departed from the Island of the Sun. When they traveled along the Urubamba River, the Inca built the Inca Trail, which served to prepare pilgrims as they were entering Machu Picchu. The last step of the pilgrimage is to climb the Intihuatana Stone, which is the highest spot in the main ruins in Machu Picchu.

The precision of the stones

People say that it is impossible to insert a credit card between the stones of Machu Picchu. And there is a reason why the Inca built the site with such precision. The stones used on mortar, and they were cut and wedged so closely and precisely for an engineering advantage. Since the ancient country of the Inca, and Peru is a seismically unstably, earthquakes were common back in the days and now as well. During the earthquakes, the stones “dance”, bouncing through the tremors of the site. After the earthquake finishes, the stones fall back into place.

Social
Top 5 Most Intelligent Dogs
“Do dogs really think”, “can dogs communicate with us”, “how can we understand our dogs”?
Ten Interesting Facts about Reindeer
Did you know they are the only mammal that can see ultraviolet light? And how the connection to Santa was born?
Five Famous Streets you should Visit
Not all streets are created equal. Some are more beautiful, some serve as a history lesson, and others are just stunning
Airbus A350-1000: 335 million euros worth plane takes its first flight
The aircraft took its first flight from Toulouse-Bagnac Airport at 10:42 am local time