Cecilia Payne - The woman who discovered what the Sun was made of, but never given credit 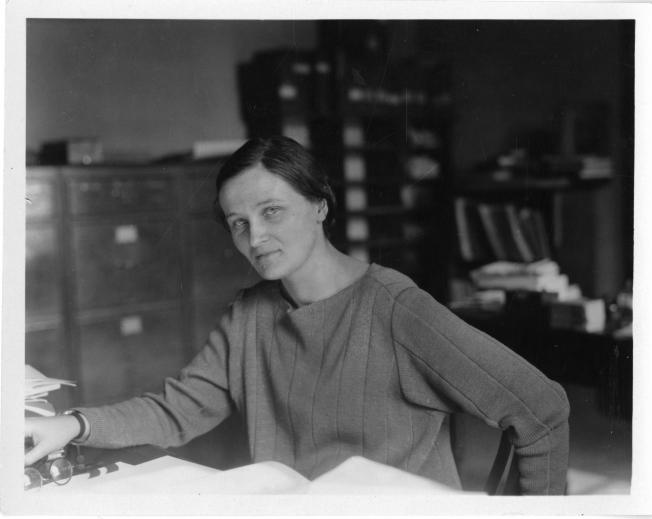 Back when scientists believe that the Sun is made out of heavy elements, a 25 year old student wrote a briliant and revolutionary doctor's dissertation proving everone wrong

Cecilia Payne-Gaposchkin was born in England. She is one of the few women that have successfully blazed into male dominated scientific community. Cecilia is one of the world’s most accomplished and successful astrologists. Her career in astrology helped many other women pursue a career in science. Near the end of her life, Payne wrote her autobiography, and then printed privately under the name “The Dyer’s Hand”. She has also published several academic books, including “The Stars of high luminosity”, Variable Stars, Variable Stars and Galactic Structure, Introduction to Astronomy and The Galactic Novae. Her greatest achievement, however, is often overlooked as she was never given the proper credit for. Cecilia Payne managed to discover what the Sun was made of, as well as what other stars are made of. However, she was “robbed” of her achievement.

Born in 1900 in Wendover, England, Cecilia enrolled the Cambridge University to study science. She was not sure which aspect and field of science to choose. Payne made her decision to study astrology and stars after hearing a lecture by famous astronomer Arthur Eddington. His lecture was an observation of the Theory of General Relativity by Einstein.

At one open night for the public, Cecilia asked so many quality questions, that the staff of the university nicknamed her “The Professor”. She approached professor Eddinton and told him she wants to be an astronomer and pursue a career in astrology. He invited her to use the observatory at the university, a move that opened many doors for Payne.

However, even at early age, she knew that she has no future in England, as the country was very strict towards woman in science. Cecilia moved to the United States where she met Harlow Shapley, the director of the College observatory at Harvard. It was at Harvard that she achieved her greater success and flourished as an astronomer.

The Sun and the Stars theory

Payne’s PhD thesis is considered by many astronomers as one of the best and most influential in the field of astronomy. In her PhD, Cecilia managed to explain what stars are made of, including the Sun. However, she was never given proper credit for the discovery, as astronomer Henry Norris Russell persuaded her not to present her conclusion. He later published the discovery on his own behalf. He did mention Cecilia in her paper, but it was Russell who got all the credit for the discovery.

In her PhD, Cecilia managed to accurately relate the spectral classes of stars to their actual temperatures. She did so by applying the ionization theory. In the PhD, Cecilia argued that the variation of the stellar absorption lines was more due to different amounts of ionization. The main discovery was that the Sun was made out of silicon, carbon and other metals, many of which can also be found in the Earth spectrum. What was important discovery is that Payne found out that helium and hydrogen were vastly more present in the Sun and in stars in general. In her PhD, Cecilia Payne argued that hydrogen is actually the most abundant element in the Universe.

When she was about to present her PhD and conclusion, Henry Norris Russell persuaded her not to present the conclusion that the composition of the Sun is mostly made out of hydrogen. The main thesis in her PhD was that hydrogen is the main component of the Sun, making the Sun and other stars very different in composition than the Earth. Four years later, Russell changed his mind and published a paper on the matter. Her thesis was proven correct, but was never given the proper credit.

For her PhD, Payne measured the absorption lines in stellar spectra for two years before starting to write the thesis.

In 1956, Cecilia Payne became the first woman to be promoted to full time professor at Harvard’s faculty of Arts and Science. She was later appointed to Chair of the Department of Astronomy, making her the first woman with a department at Harvard. Some of her more prominent students included Frank Drake, Helen Hogg, Paul W. Hodge and Joseph Ashbrook. All of them made significant contributions to the field of astronomy.

Payne retired from teaching in 1966, but continued her research as a member of the Smithsonian Astrophysical Observatory.