​ Can dogs commit suicide? The Overtoun Bridge is a proof they can 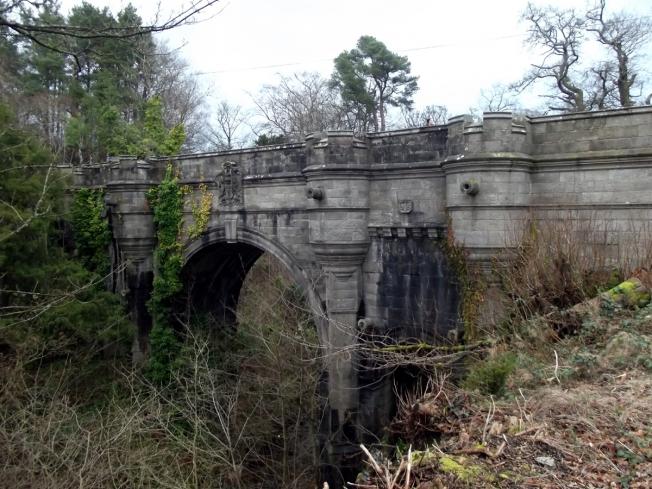 The Overtoun Bridge in Scotland is one of the most mysterious places on the face of the Earth. Its mystery is linked with dogs, or their behavior. The Bridge was completed in 1895, and since then has been the source of dog’s demise. The Bridge is a category B structure. There is no clear number how many dogs have leaped from the parapet fall and onto the waterfalls below the bridge. What is more interesting is that some dogs survive the fall, but once they are taken to the bridge, they jump again. There are many theories why dogs try to jump off the bridge and commit suicide, and we will delve into the common and plausible ones.

According to some unofficial statistics, almost 50 dogs have lost their life by jumping from the bridge in the past 60 years. During a six month period in 2005, five dogs jumped from the bridge into their demise.

The interesting fact is that all dogs jump from virtually the same spot, which is located between the last two parapets on the right side of the Overtoun Bridge. Almost all of the “suicides” have occurred on sunny and clear days.

Another mystery is the breed of the dogs. Almost all of the dogs that have jumped from the bridge are long-nosed breeds, including Labradors, collies and retrievers.

There are reports that one of the answers to the mystery why dogs jump from the Overtoun Bridge is Celtic mythology. In it, Overtoun is referred as the “Thin Place”. Thin Place is actually an area where the Celtic people believed that heaven and earth are close, almost touching themselves.

In the past, it has been proven that dogs are much more sensitive than humans are. Some psychics believe that dogs are “spooked” by the supernatural and external force that is believed to circulate over the bridge.

However, there have been “real life” tests that prove this theory wrong. Some psychics have tested the theory with a Labrador dog, known as one of the hyper-sensitive breeds to the spirit world. However, in few cases there has been evidence of adverse energy and unusual behavior. Some claimed their dog pulled them towards the right side of the bridge, but that is all.

Another theory that flows around the mind of vets and canine experts is that dogs actually pick up the mood, behavior, feelings and emotions of their owner. An Austrian experiment has proven that dogs can pick up the thoughts and feelings of their owners, no matter if they are close to them or miles away. The study was conducted by Doctor Rupert Sheldrake. In the experiment, the doctor filmed a female owner and her dog in separate environments. The owner was out of home, and the dog was at home. The owner was instructed to return home at a specific time with a taxi cab in order to prevent familiar car sounds. The experiment showed that just seconds after the owner was told to go home, the dog changed the position and moved to the window to look for the arrival of the owner. The dog remained at the window for the entire time it took the owner to go home.

The only problem with the theory is that none of the owners whose dogs lost their life have shown suicidal and depressing feelings. While the reality is that suicide has risen for 200% in the past 10 years, and it is the leading cause of death in the area surrounding the Overtoun Bridge, there is simply not enough evidence to show that dogs mimic the behavior of their owners.

Another theory that is plausible is the environment factor. People believe that dogs are mesmerized by the Gothic structure of the wall. Additionally, they are attracted by the sound of water flowing. Dogs cannot see the river, but they hear the sound under the bridge. And the structure of the bridge makes it impossible for dogs to see they are so high until they reach the very edge of the bridge. At that point, it might be too late for them to stop, therefore, they “jump off” the bridge.