Archimedes, The Top Inventions we Use Today 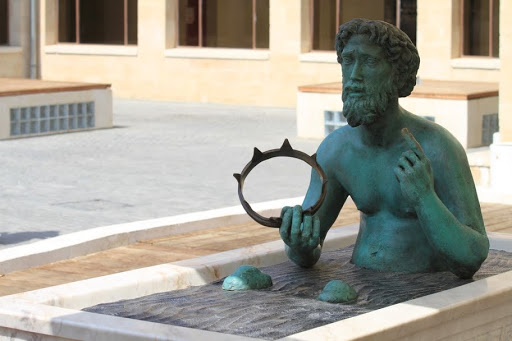 Archimedes produced many formulas and theories that help calculate areas of regular shapes. He did this using a revolutionary method of capturing new shapes by using the shapes he already understood

When you hear the name Archimedes, you think of mathematics and science. The word “Eureka” comes to mind instantly. Many remember Archimedes thanks to his tub experiment. But he did so much more to help mankind and humanity. He proposed various laws and theories in the fields of motion, geometry, liquid motion, and much more.

Archimedes made history more than 2,000 years ago as the first person to ever use a directed energy weapon. He constructed a hexagonal mirror during the Roman invasion of Syracuse. He was able to capture the energy of the sun and reflect it onto the ships, setting them ablaze and causing them to sink within minutes.

This only shows the genius mind of Archimedes. Let’s talk about some of his other inventions.

Archimedes produced many formulas and theories that help calculate areas of regular shapes. He did this using a revolutionary method of capturing new shapes by using the shapes he already understood.

For example, to calculate the area of a circle, he constructed a larger polygon outside the circle, and a smaller one inside it.

The result lead to the method of exhaustion, or simply called, Archimedes method. In the end, this resulted in one of the most important numbers in mathematics, Pi.

In the pre-industrial society, farmers had troubles to irrigate their land. It was nearly impossible before sophisticated pumping systems.

But Archimedes introduced one solution. The water screw, or the screw pump, is a screw-shaped device that was rotated by a windmill or through manual labor. As the entire unit rotated, water was lifted inside the spiral tube to a higher elevation.

The design has carried over other industries, with new lighter materials being used.

This is a challenging concept to grasp for some people. Basically, it concerns the theory of buoyancy. When a solid body falls into a liquid, it displaces the same amount of liquid as the volume of the body immersed in it.

This principle helps scientist understand why something floats or sinks by showing that the amount of liquid displaced is the measure of the sinking or rising capability of the object. The weight will tell us whether the object will float or sink.

This law has been instrumental in understanding maritime principles used by ships and submarines. All of them are designed using the buoyancy principle.

And Archimedes came up with this solution in an odd way. He was tasked by the king to figure out whether a crown made for him was pure gold, or it contained other metals. The Greek philosopher and mathematician realized that if he took a lump of gold weighting the same as the gold crown, the two objects should displace the same amount of water, regardless of shape. 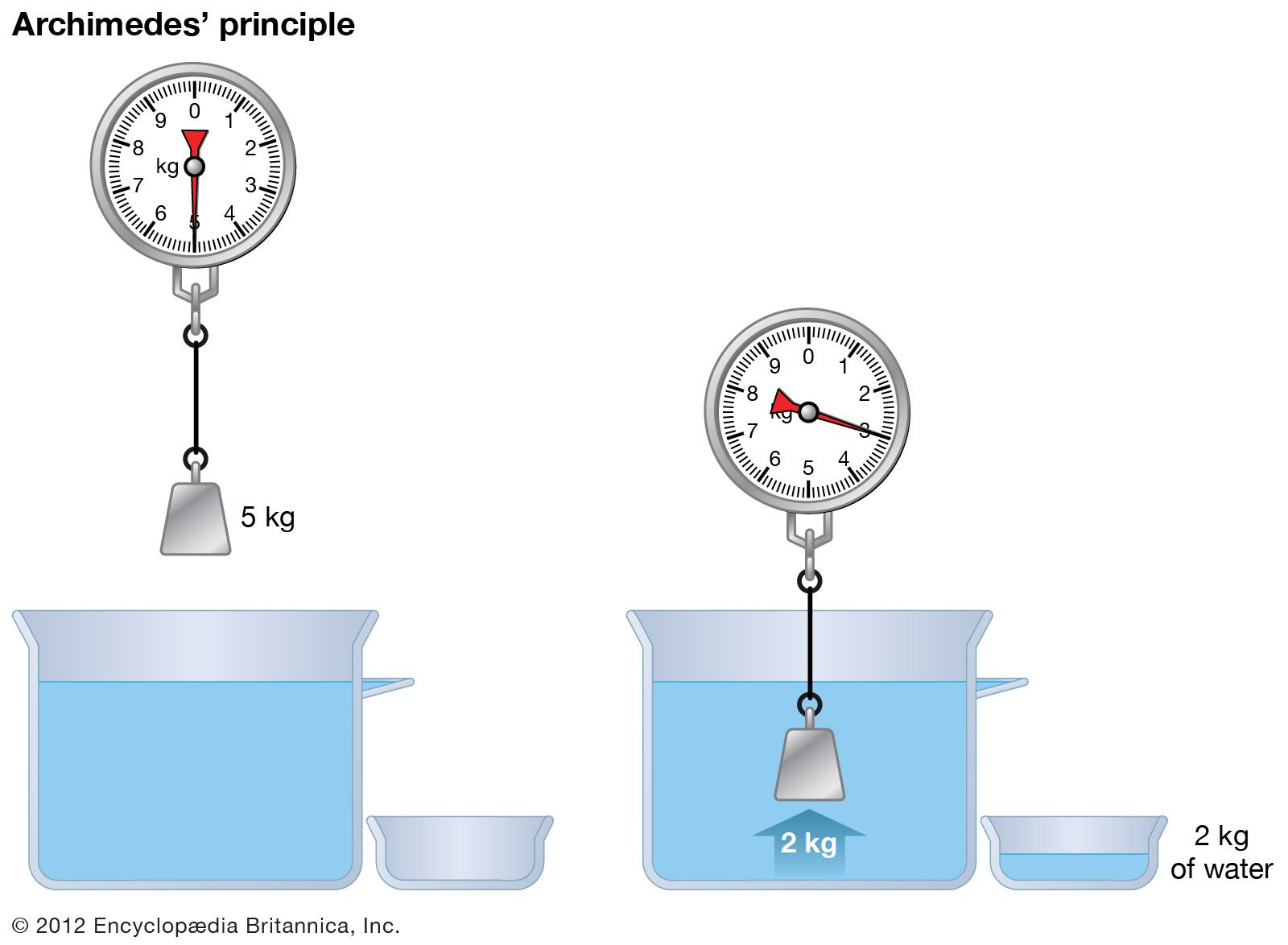 If the goldsmith replaced gold with a cheaper metal, the crown would displace more water. Archimedes used this idea to prove that the goldsmith had cheated the king.

Imagine counting grains of sand. It might sound illogical, but this is what the great mathematician set out to do. This work attempts to count the number of grains of sand it would take to cover the universe.

And because he had to work out how to count a number with a large base, he took a major step in the field of mathematics. Until that time, Greeks had represented the number system using various symbols.

But Archimedes established a new theory in mathematics that could count numbers to an infinite value. The highest number he counted was 8*1063, demonstrated in his Sand Reckoner.

We mentioned before that Archimedes came up with the number Pi. It is a Greek symbol used in various formulas. But he was able to derive the value of Pi using his intellect.

Nowadays, we round up the number Pi at 3.14. Archimedes circumscribed various shapes in the circle, until he came up with the value. Nowadays, we can use Pi to calculate the area of a sphere as well as of a hemisphere. 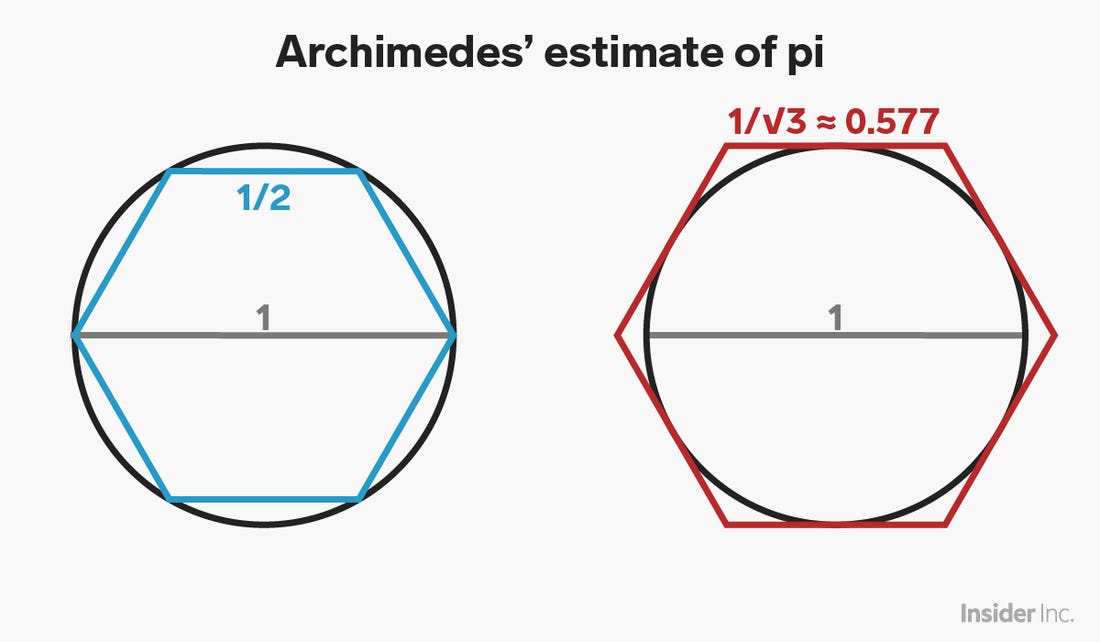 This device could measure distance covered. The word comes the Greek word “hodo” translating to “way” or “road”. No, the odometer is not a speedometer. They are different devices.

You can see the odometer nowadays in nearly every vehicle, indicating how far a vehicle has traveled.

Here is another example of an invention that came thanks to Romans and their invasion of Syracuse. We mentioned his Death Ray in the introduction paragraph. But the Catapult was another weapon of war he discovered to protect Syracuse.

It was a system of propelling heavy stones or objects at enemy ships to destroy them. Archimedes used a bucket in which the projectile was kept, and the missile was fired from the catapult manually.

Thanks to this and other inventions, Syracuse was able to keep the Romans away for two years.

The Law of the Lever

This method is a bit out of date nowadays, but you can still see some shopkeepers weighting fruit and vegetables in old-fashioned manual scales. These scales work on the principle of equilibrium, achieved using the lever.

The lever works on the principle of the center of mass. It is basically a rod placed on a triangular beam called a fulcrum, balancing the weight.

People
Queen Elizabeth I – Never to Marry Despite Many Suitors
The former Queen emphasized her image of “Virgin Queen”. She portrayed herself as a monarch who put the stability an...
Öndör Gongor, Tallest Man in the 20th Century, How Does he Compare to the 21st Century Giants?
Born between 1880 and 1885, Gongor was the giant of the 20th century. His real name is Pureviin Gongor. Öndör suffered...
Johannes Kepler – What You Didn’t Know about the Science Genius
Kepler did incorporate religious arguments and reasoning into his work. He got motivated by the religious conviction and...
The Himba – Meet Namibia’s Iconic Red Women Tribe
Many consider the Himba people the most beautiful African tribe. Traditionally, both men and women walk around naked. Th...