Aboriginal Australians – Are they the First People? 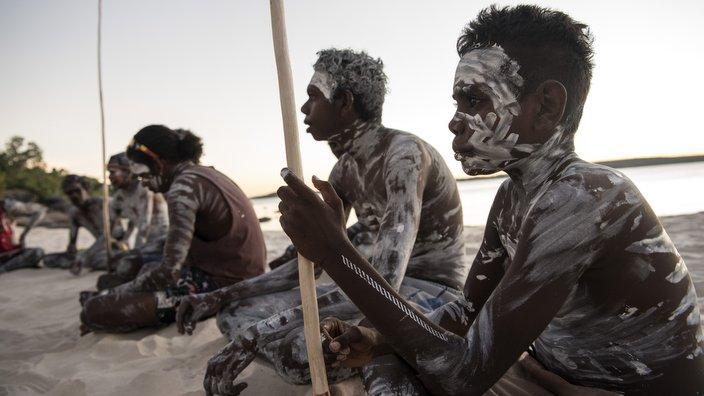 According to the study, these Aboriginal ancestors migrated into South Asia and then into Australia. Outside of Africa, the Aboriginal people have occupied the same territory continuously longer than any other human population

According to the study, these Aboriginal ancestors migrated into South Asia and then into Australia. Outside of Africa, the Aboriginal people have occupied the same territory continuously longer than any other human population.

With that in mind, the study shows that the Aboriginal Australians might have been the first people. Nowadays, Aboriginal Australians are the various indigenous people of the Australian mainland, Tasmania, and often the Tiwi people. The group contains many distinct peoples that have developed across Australia in the past 50,000 years. They share a complex genetic history. In the past two hundred years, they have started defining as a single group.

Aboriginal Australians comprise 3.1% of Australia’s population. They also live throughout the world, as part of the Australian diaspora. Today, they speak mostly English, with Aboriginal phrases and words being added to create the Australian Aboriginal English. In the past, there were 200 different Aboriginal languages.

In another genetic study in 2017, a findings found that today’s Aboriginal Australians are all related to a common ancestor who was a member of a distinct population. According to many other theories, humans migrated to Northern Australia from Asia using primitive boats. The same theory says that this happened 70,000 years ago, making the Aboriginal Australians the oldest population of humans living outside Africa.

The struggle continued, as between 1910 and 1970, government policies led to children being forcibly removed from their homes. They were called “stolen generations”, and they were put in adoptive families. Institutions forbid them from speaking their native language. Their names were also changed.

In 2008, the Prime Minister of Australia, issued a national apology for the country’s actions toward the Aboriginal Australians.

Most Aboriginal Australians did not have full citizenship or voting rights until 1965.

Huge problem is that they are also suicidal. In 2015, more than 150 indigenous people died by suicide, which was the highest figure ever recorded nationally and double the rate of non-Indigenous people.

Living in rural areas is the biggest factor. People there are affected by hookworm, infections, and other diseases. Poverty is common, and the people need medical assistance, access to clean water, good food, and sanitation.

As mentioned, tobacco usage is one of the highest risk factors. According to statistics, more than 41% of people aged 15 and more smoke tobacco. Alcohol consumption for adults is 1.5 times the national average.

How they came to Australia

As mentioned previously, theories, and some studies as well, suggest that the Aboriginal Australians came to the mainland 70,000 years ago using primitive boats. The movement started from Africa to Australia, culminating in a series of hazardous sea voyages. Studies show that the last voyage was between Timor/Roti and the northern Kimberley coast. This voyage involved planning, including four to seven days paddling on a raft.