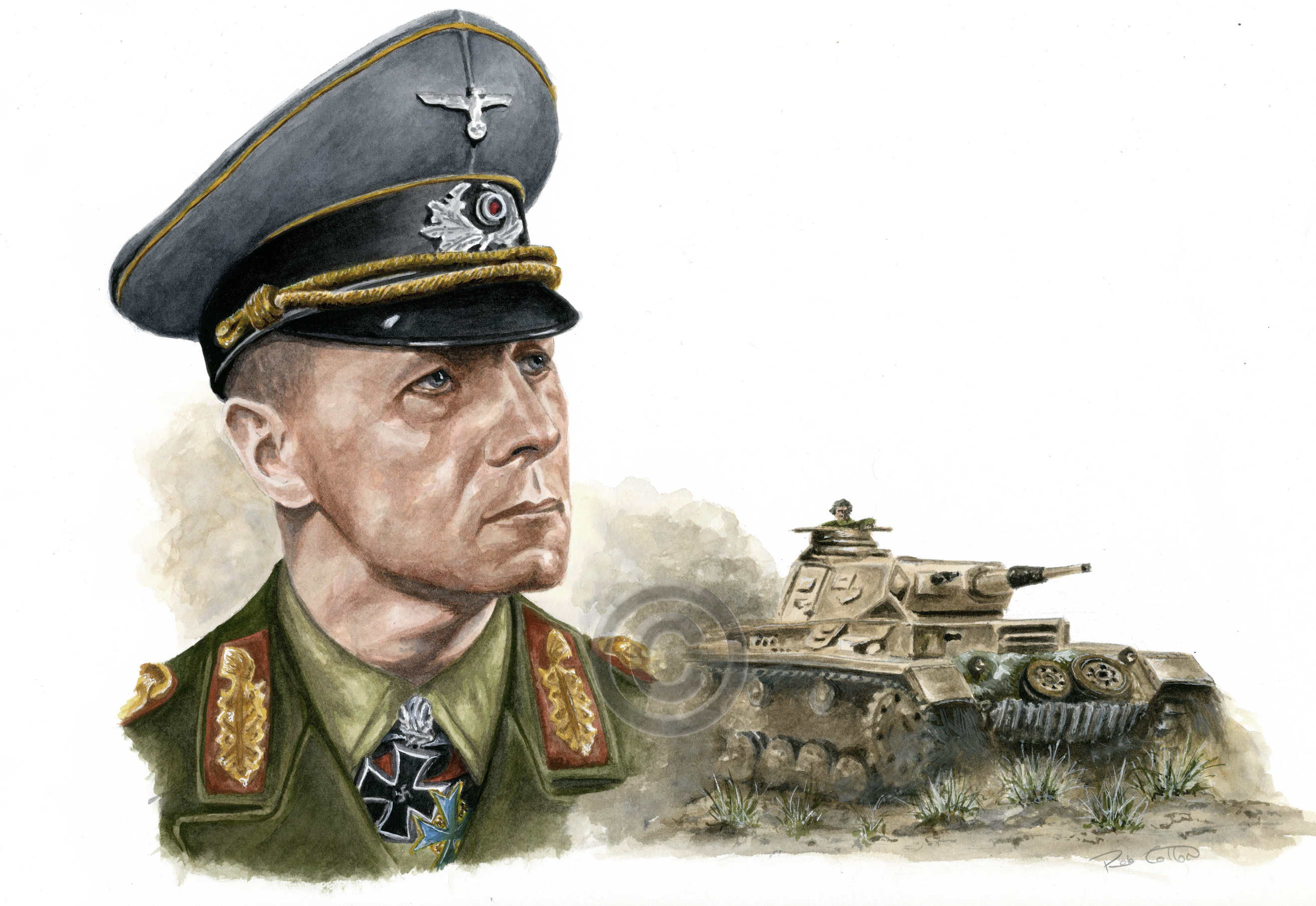 When you think about it, Erwin Rommel was an artist and a creative genius in his own way. Rommel was respected and feared in the same time, and his enemies gave him the nickname “Desert Fox” for his intelligence, wittiness, innovative strategy and military genius. His medium was his tank, and his tactics and strategy with tanks and flanking made him famous. His aggressiveness on the field conveniently obscured his humanity and his human decency. There are things few people know about Rommel, as most people around the world cherish his military tactics only.

Most generals and commanders back in the days came from military families, where they were bred with military tactics since they were babies. Rommel, on the other hand, was different. His sister described him as a docile and gentle child. As a child, Rommel showed affection for mathematics and engineering, and he co-built a glider when he was 14. During his teen years, Rommel learned how to dissemble and then reassemble a motorcycle. It was his father who pushed him to go into military. Rommel wanted to work at an airship factory. Erwin first enrolled into the infantry in 1910 as an officer cadet. And unlike his relatives and his father, Rommel remained in the military for his entire life.

Injuries in the Wars

During First and Second World War, the men in the German military famously joked “Where Rommel is, there is the front”. Rommel was always at the front of the battles. And all that fighting was bound to result with few injuries. In fact, Rommel was injured during both wars. His first serious injury came in September 1914, when he was shot in the thigh by French soldiers. Rommel charged the soldiers with a bayonet, but after he run out of ammunition, he was shot in the thigh. Three years later he was injured in the arm by a bullet, and he lost so much blood that he suffered from fever, exhaustion and stomach ailments for the next few days.

During World War II, he got even more severe injuries. Rommel suffered the most severe injury during D-Day invasion, when an allied aircraft bombed his car in Normandy. Rommel was found unconscious with skull fractures and glass fragments in his face when the dust settled.

Disobeying a direct order by Hitler is not a common thing during World War II. Truth be told, there were few people that had the guts and courage to disobey a direct order from the Fuhrer. Rommel was one of those commanders. The Desert Fox disobeyed a direct order in 1942, when he was outnumbered in Egypt. Rommel was facing a situation in which he was running low on ammunition and tanks. Prepared for retreat, Erwin received an order from Hitler to stand firm and “not to yield even a yard of ground”. In his order, Hitler said that Rommel can say to his troops that “you can show them no other road than that to victory or death”. Fearing his army would be completely annihilated, Rommel disobeyed the order and sound the alarm for retreat.

There was a mutual admiration between Rommel and the allied generals during the World War II and especially during the battles in North Africa. For example, Winston Churchill, the British Prime Minister, speaking about Rommel and his success in North Africa, said that “We have a very daring an skillful opponent against us”. Rommel, on the other hand, admired generals George Patton and Bernard Montgomery and their skill on the battlefield. Speaking on Patton, the Desert Fox noted that “we saw the most astonishing achievement in mobile warfare”. As for General Montgomery, Rommel said that “Montgomery never made a serious strategic mistake.”

Rommel was a great writer

Rommel was very handy with the pen, as much as he was handy with his sword and tanks. In between the first and second world war, Rommel wrote and published two books. The first book written by Erwin Rommel is called “Infantry Attacks”. It is a tactics manual that Rommel wrote when he instructor at the Dresden Infantry School. When Germany invaded Poland, Rommel was working on his third book, with the topic being “armored combat”. Sadly, he didn’t got a chance to finish the book.

Many people know Rommel for his aggressive style and his ferociousness, but few know that he was a great altruist. Rommel was known in between troops as one to never squander the lives of the people carelessly. One of the comments Rommel frequently used was that “his men are just as valuable to Germany in peacetime as in war”. But his sense for humanity and his altruistic approach go further and deeper than just his own men. Erwin was one of the few German generals that made sure to provide food, water and medical attention to wounded Allied troops. Even more, he buried Allied troops with military honors and defied orders to execute captured commandos.