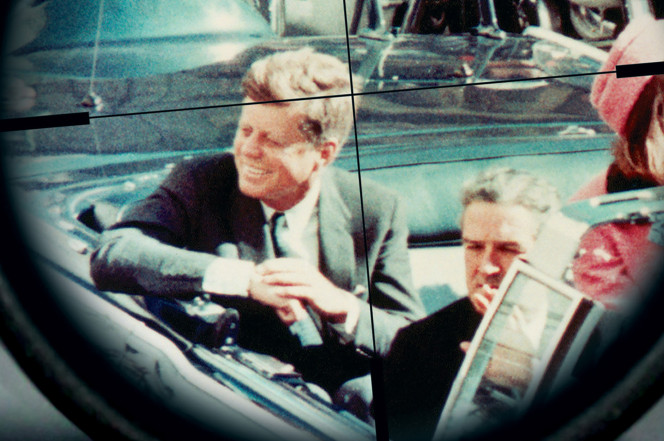 The Kennedy assassination happened on November 22, 1963. The former president drove through the streets of Dallas at 12:30 local time, at which point he was shot in the head

President Donald Trump made most of the documents regarding the JFK assassination public. He blocke the release of an unknown number, saying he had no choice but to bow to the national security concerns of the FBI and CIA. Trump ordered the two agencies to review the secret documents over the next 180 days, setting a new deadline for release on April 26, 2018.

The Kennedy assassination happened on November 22, 1963. The former president drove through the streets of Dallas at 12:30 local time, at which point he was shot in the head. Few hours later, former marine Lee Harvey Oswald was arrested and accused of the assassination. He claimed to be innocent, but didn’t get a chance to prove his innocence, as he was shot by Jack Ruby. Now that some of the documents are declassified, we know few other things about the assassination.

An FBI document from 1966 shows how American intelligence perceived the soviet reaction to the Kennedy assassination. The documents lay out great shock of the Soviet leadership, and their fears that the death of Kennedy could lead to war with the US.

They believed that Oswald was part of a coup launched by the American ultraright. They had a low opinion of Lee Harvey, who defected to the Soviet Union in 1959. The Soviets viewed him as “neurotic maniac who was disloyal to his country and everything else”.

Figuring more about the successor of Kennedy, Lyndon Johnson was a top priority for the KGB. They had little to no knowledge about Johnson. They were anxious not to be blamed for the assassination. KGB guards were placed outside of the US embassy in Moscow to prevent any disrespect from being shown to the US in the days after the JFK assassination.

Russian fear was rightful. The documents show that on September 28, 1963, Oswald met with consul Valery Kostikovin the SSSR embassy in Mexico.

According to the documents, the FBI were trying to track Lee Harvey Oswald before the assassination. This is according to a memo written by the New Orleans division of the bureau. An agent wrote that Oswald was of interest according to Cuban sources, and he even forwarded the information to Dallas authorities. In the memo, there is a discussion of “contact with Cuban sources” about what Oswald was up to. The FBI suspected he might relocate to Dallas to start another chapter of the pro-Castro group.

The FBI even warned the Dallas police of a death threat to Lee Harvey Oswald, according to a memo by director J. Edgar Hoover, but the police failed to protect him. The director said how the FBI got a call “from a man talking in a calm voice and saying he was a member of a committee organized to kill Oswald”.

Did someone in England know about the assassination?

Another memo, this one from James Jesus Angleton, head of CIA counterintelligence division, tells the story of a disturbing phone call placed to a newspaper in Cambridge, England. The call came just minutes before the assassination.

A man called a reporter at the Cambridge news to tell him that he should check with “American embassy in London for some big news and then hung up”. Just 25 minutes later, Kennedy was assassinated. The reporter immediately informed the MI-5, British domestic security service. The memo says “the Cambridge reporter had never received a call of this kid before and MI-5 state that he is known to them as a sound and loyal person with no security record”

The history of fake news

Oswald was not the only assassin

Even FBI director Hoover feared conspiracy theories. The investigation showed that there were more than one assassin. And he feared that “we can convince the public that Oswald is the real assassin”.

When House investigators visited Cuba in 1978, Castrol told American lawmakers that Cuba was not involved in the plot. In 1963, however, the Cuban ambassador in the US reacted with “happy delight” to the murder.

History
Weird History of Dog Poop – The Secret Ingredient in Victorian Leather
Back in Victorian Britain, there was a job title called “pure finder”. The name is ironic, since workers didn’t fi...
Weirdest and Most Brutal Ways of Torture in History
From crucifixion, to playing, boiled alive, or tortured by rats, we take a look at brutal ways of torture
Opium Wars – How they Defined Relations Between China and Europe
The opium wars, fought between Britain and France, and China, were a period of humiliation for the Chinese. They resulte...
Here is How CIA tried to Kill Fidel Castro 7 Times and Failed
Born on August 13, 1926, Fidel Castro was the longest-serving non-royal head of state in the 20th and 21st century. He r...