5 Victorian Etiquette Rules that Changed Society we live in 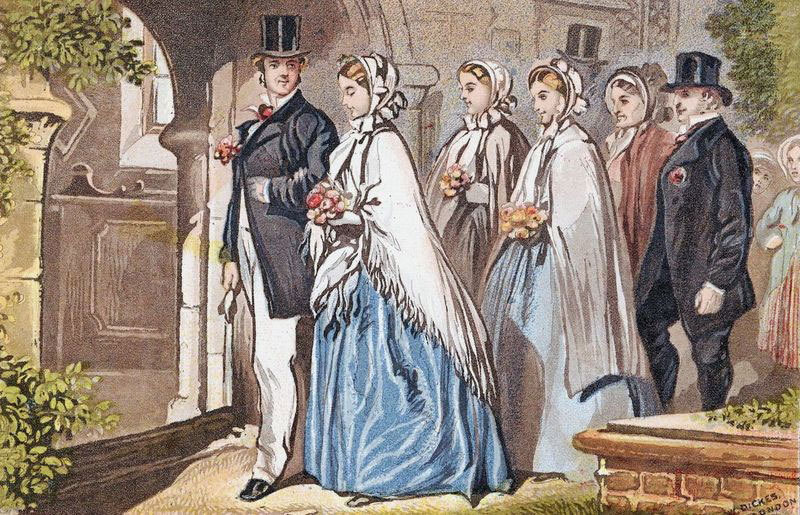 All cultures have their own rules for etiquette and protocol. Some feel strange, some are spot on. But one of the most influential eras in our history is definitely the Victorian era. When it comes to etiquette and protocol, we can say for sure that Victorian era, culture, and etiquette has stood the test of time. Let’s take a look at several etiquettes from the Victorian era that we still use today. You can see how they’ve changed our society for better. The Victorian era lasted from the 1830s to the 1900s and was named after queen Victoria’s reign. She was one of the longest lasting queens in Britain, sitting on the throne for the first time on June 20, 1937. She died in January 1901, effectively ending the era.

You can say what you like about corsets, but they definitely changed the way woman dress. Truth be told, back in the Victorian era, corsets were overused, and even women in prison, workhouses and in class had to wear them. But the tight-fitting undergarment has stood the test of time. Today, women do not wear corsets all the time, as it would be ridiculous. However, older women start wearing them as their muscles become lose, and they need something to keep their body in shape and place. There was a belief in the Victorian era that women needed corsets for health reasons, but that has never been proven. And if you look at it, spandex and similar undergarments are common nowadays.

A huge aspect of society today is to treat all people equal. That wasn’t the case always, as we know what happened during slavery. It was during the Victorian era that people firmly recognized the need for equality. While there were rules that people from lower class cannot speak, address or marry someone from the higher class, one Victorian rule made sure that people are equal. According to the rule, when you are in a company of an inferior, you must make sure he is not feeling inferior. You must adjust your speech and your manner to make him feel as equal to you as possible. That meant that if you were more educated, it was considered impolite to speak in a tone that the man or a woman opposite you do not understand. Gentlemen were also forbidden from showing their accomplishments in the presence of vulgar, ignorant and inferior people, because they would not be able to understand or appreciate the conversation.

One of the etiquettes we have adopted from the Victorian era is how we talk with other people. We mentioned that it is considered rude to make other people feel inferior. But a more pressing manner is to be able to listen, and speak when it is your turn. It is the pure essence of democracy, and parliament discussion. The manner of conversing is one that should adopt at all times. Per Victorian etiquette rules:

“conversation is not to talk continually, you need to listen and speak only when it is your turn”.

In the same manner, it was considered rude to monopolize a conversation, or interrupt the speaker while telling his story.

One of the sayings during the Victorian era was that “gentlemen should be seen, and not smelled”. The simple translation is that men should not attract attention with their perfume, but with their manners, clothing and behavior. Nowadays, we can classify perfumes in many ways, but strong perfumes are the ones that were not allowed during Victorian era. It was considered a bad taste if a gentlemen used too much of a perfume.

You can say that unlike Victorian era where asking for a permission from the lady’s parents for engagement was customary, today it is just a matter of politeness. Engagements are made between a man and a woman, and the gentleman rarely asks the parents of the lady for her hand. But no matter if it is only a sign of politeness or courtesy, the ritual still exists in our modern society. Of course we do not follow all the principles of Victoria era for engagement. Back then, between the time a man asks for the lady’s hand, and her parents approval, the couple had to live separately, suspend communication, and act as perfect strangers. Getting the proposal approved required settling financial matters. Today, we do not do that.