Ubuntu is not usually a term related with dance philosophy and dance moves. In fact, Ubuntu is a term used in Africa to say “humanity”. The word is translated as “humanity towards others”. However, the philosophical sense of the word is the “belief in a universal bond of sharing that connects all humanity”.

That is the philosophical sense many people incorporate in modern aspects of life. For example, the NBA team Boston Celtics embraced the word Ubuntu in their 2007-2008 season. They expressed the bond they have for each other, and that bond helped them win an NBA championship.

Nelson Mandela is responsible for popularizing the term outside of South Africa.

Dutch dance teacher Elsa Mulder wants to incorporate that same Ubuntu philosophy in her dance lessons. She studied the philosophy in Africa, and now wants to bring it back to Rotterdam. Elsa tries to find the connection, and in this short documentary, she explains how she uses the Ubuntu differences in her dancing lessons.

Nadia Comaneci was born in Romania. She became the first woman to score a perfect 10 in an Olympic gymnastics event. She was only 14 years old when she scored several 10s at ... 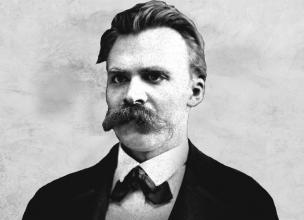