The record held by Rocky Marciano for years is finally in the history books. Floyd Mayweather beat Conor McGregor this weekend to accomplish something even the great Marciano...

The record held by Rocky Marciano for years is finally in the history books. Floyd Mayweather beat Conor McGregor this weekend to accomplish something even the great Marciano couldn’t. Retire with a 50-0 record.

Marciano had the famous 49-0 record, but that one is no longer the record. Same as Marciano, Floyd Mayweather retired after the win, making sure he retires as an undefeated boxer. There is no denying Floyd will go down in the history books as one of the greatest boxers of all time.

But on the night Floyd passed Marciano, it is time to remember the great Rocky. Marciano did not start as a boxer. In fact, he tried in baseball first, trying as a catcher for the Chicago Cubs in 1947. But he failed the tryout.

By the spring of 1949, his boxing skills demanded attention. He knocked out his first 16 opponents. He continued to beat most of his opponents in 1949 and 1950.

When Rocky was starting his boxing career, many were not convinced he will get far. He was a 190-pound heavyweight boxer who was 25 when he started. In the world of boxing, that is an “old age” to start. In addition, Marciano was too short, too light, and had no reach. He was rough and tough, but had no finesse whatsoever.

But by the time Marciano retired, he made everyone believers. Here is his life story.

44:02
Sports
Inside the Ring - Evolution of the legendary Nürburgring Nordschleife

Since its construction in 1925-1927, the Nordschleife has enjoyed a reputation as a terrifying and merciless route through the Eifel forests.When an English journalist visite... 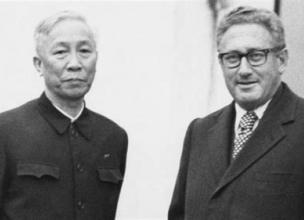 Personal Triumphs
Le Duc Tho – Why he Refused the Nobel Prize Award?
In 1930, he helped found the Indochinese Communist Party with other young revolutionaries. That includes the future lead...
Corazon Aquino - Legacy of First Female President in Asia
Her presidency started with the end of the dictatorial rule in the Philippines. She was the most prominent figure of the...
Hugh O’Flaherty - Unsung Hero of World War II
Son of a steward at the Killarney golf course, Hugh was fluent in Italian and German. He also held three doctorates and ...
Attila the Hun – Powerful Military Leader who Brought Rome to its Knees
Attila was the ruler of the Huns. He took the empire to unprecedented heights, conquering huge parts of Europe, but also...