How US and Bill Gates Predicted Corona Virus

Since leaving Microsoft in 2014, Bill Gates has done a lot of humanitarian work. His foundation Bill and Melinda Gates funds different projects.

Now, there is an information that Bill Gates was preparing for a virus like the Corona virus. In December 2018, he published research results against a world pandemic outbreak he expects to happen soon.

In that report, he warned about a pandemic outbreak in the next 10 years or so. He considered to be a deadly virus, capable of killing more than 30 million lives in the first six months of the outbreak. According to Gates, the virus will continue to kill more and more people after the first six months.

To prevent the scenario, he invested more than 12 million USD in a research facility for viruses and vaccines against them.

In his presentation, he warned that the virus will start in center-east China, and from there, it will spread to India, Japan, Germany, and France in the first three months.

08:35
Health
The Coronavirus Explained & What You Should Do 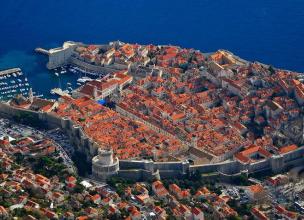 Health
Dubrovnik – The Croatian City with the First Quarantine in Europe
Some 700 years ago, officials in Dubrovnik and rest of Europe fought against a devastating outbreak of bubonic plaque. T...
Predictive Medicine in 2020 – Where are We Headed?
Predictive medicine is a field of medicine that tries to predict the probability of a disease and institute preventive m...
Neurasthenia – Outdated Disease of Living Too Fast
The condition was first described in 1869 by American neurologist George Beard. Symptoms of the condition included anxie...
Medicine in the 19th Century - Strange Victorian Era Cures
In the 19th century, people thought causes of fever include injury, bad air, violent emotion, or even irregular bowel mo...