Camazotz : Ancient texts suggest the 'Batman' was real and existed in Mesoamerica

We all know how Batman looks. A human body with a bat mask. Well, there might be something behind the mask. Or in other words, DC comics might have gotten the idea from Maya civilization.

There is text suggesting a figure looking like Batman existed in Maya tradition. His name was Camazotz. He was the Mayan bat god of night, sacrifice, and death.

The Maya people consider him a terrifying god who served death and ruled the domain of twilight. Camazotz lived in bloody grottoes and other dark places. People tried to avoid these places for fear of disturbing him.

References about his character and descriptions agree on him being half-human and half-bat. He was depicted holding his victim and a knife. The deity also appears in Popol Vuh, a book of Maya history and stories. 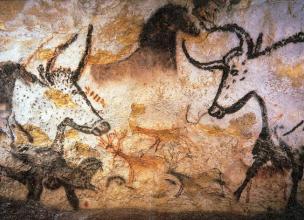 Strange
Lascaux Caves Facts and Mysteries
One of the best aspects of the caves are the fabulous colors. The colors are taken directly from the Earth itself. Those...
5 Ways your Brain is Playing Mind Games with You
There are many ways our brain can outsmart us. Fact of the matter is that our brain is very smart, and we are just puppe...
Cristopher Columbus and the Mermaid Myth
In his journal, he described them as “not half as beautiful as they are painted”. He also noted that they had “a h...
Fecal Transplant Is Real and Five Other Feces Facts That Will Surprise You
Some health experts even say they can perform a colonoscopy and guess the sex of the patient without knowing it beforehand